5 amazing finds on the outskirts of Rotorua

Covid has made even the most organised holiday planners more your “fly by the seat of your pants / book last minute” types.  To be honest it’s not a bad thing when you are in the business of selling games that help make last minute plans even better! 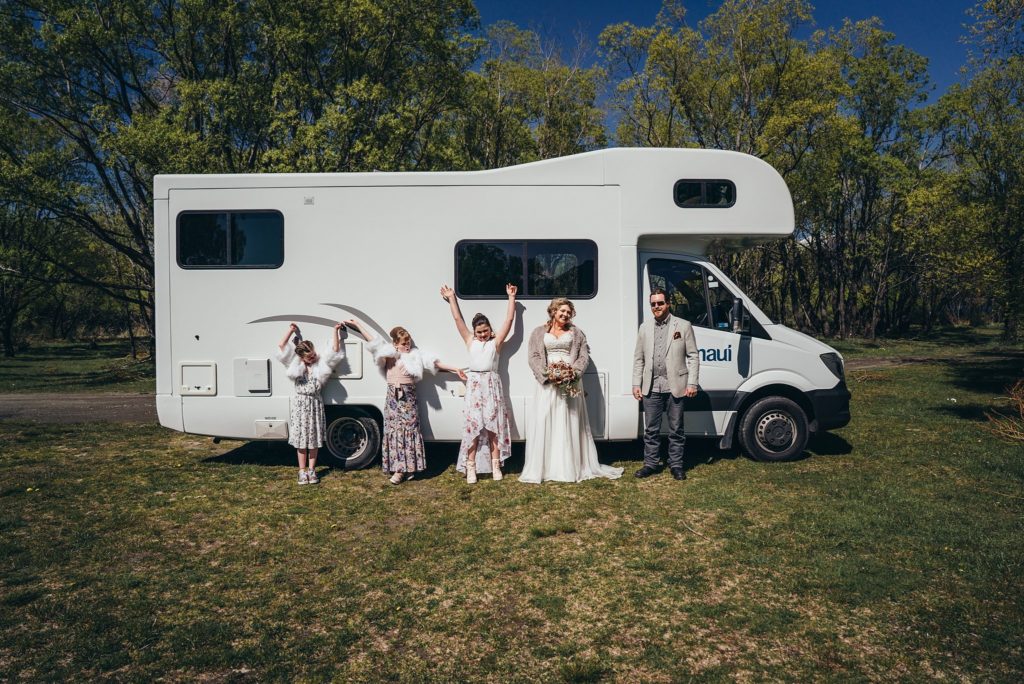 This year however we had no leave, no certainty about whether we’d been in lockdown still (Auckland only came out of the last lockdown at the end of August) so we’d just kind of left it as an unknown.  We were also down a kid with our eldest going away with her friend for the week which felt, well, weird.

We had so little leave that James and I had each taken a couple days off at seperate times to try and get through the school holidays so we didn’t even have leave together – a picture that I’m pretty sure is common all around NZ right now as people used up their leave over the first lockdown.

So we got to a couple of days out.  No lockdown and great weather predicted so we decided that we should actually go somewhere after all.

We decided on Rotorua.  Why?  Well because it’s Rotorua and no matter how many times you go it’s awesome.  And also if I’m honest with myself because I’d seen pictures of The Secret Spot popping up online and I really wanted to check it out.

Rather than stay at the places we always stay at we wanted to head out a little more off the beaten track and do things we hadn’t done before.  A tough ask for someone who has already written a blog post about things you have to do twice in Rotorua.  Clearly we were seasoned Rotorua Holidayers.

Stay out of town at Ramada Resort

Me and the kids got searching and we found Ramada Resort.

Ramada Resort is on the shores of Lake Rotorua and about 20 minutes out of Rotorua.  What attracted the kids to it was their own bedrooms, the stairs (always stairs), the waterways and the pool!  If I’m brutally honest what attracted me was the price at less than $200 a night it was a steal! 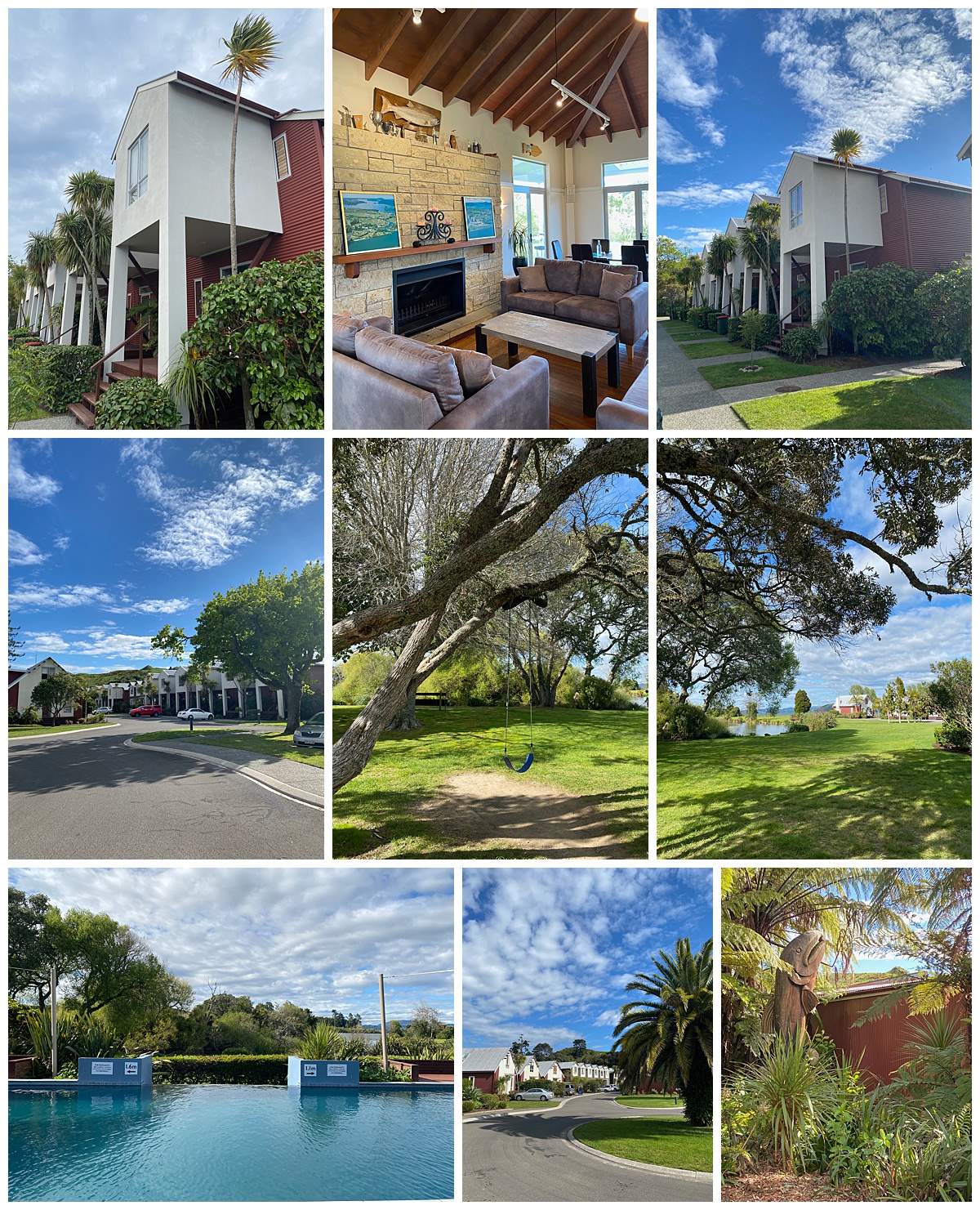 I did point out that the pool wasn’t heated to which they said that it would be warm enough and it would seem that they and the other dozen kids in there too would agree with them.  And just like that it was booked.

Ramada Resort was above and beyond anything I expected.

The waterways with boats parked outside the appartments were just amazing.  They looked so enchanting at night… 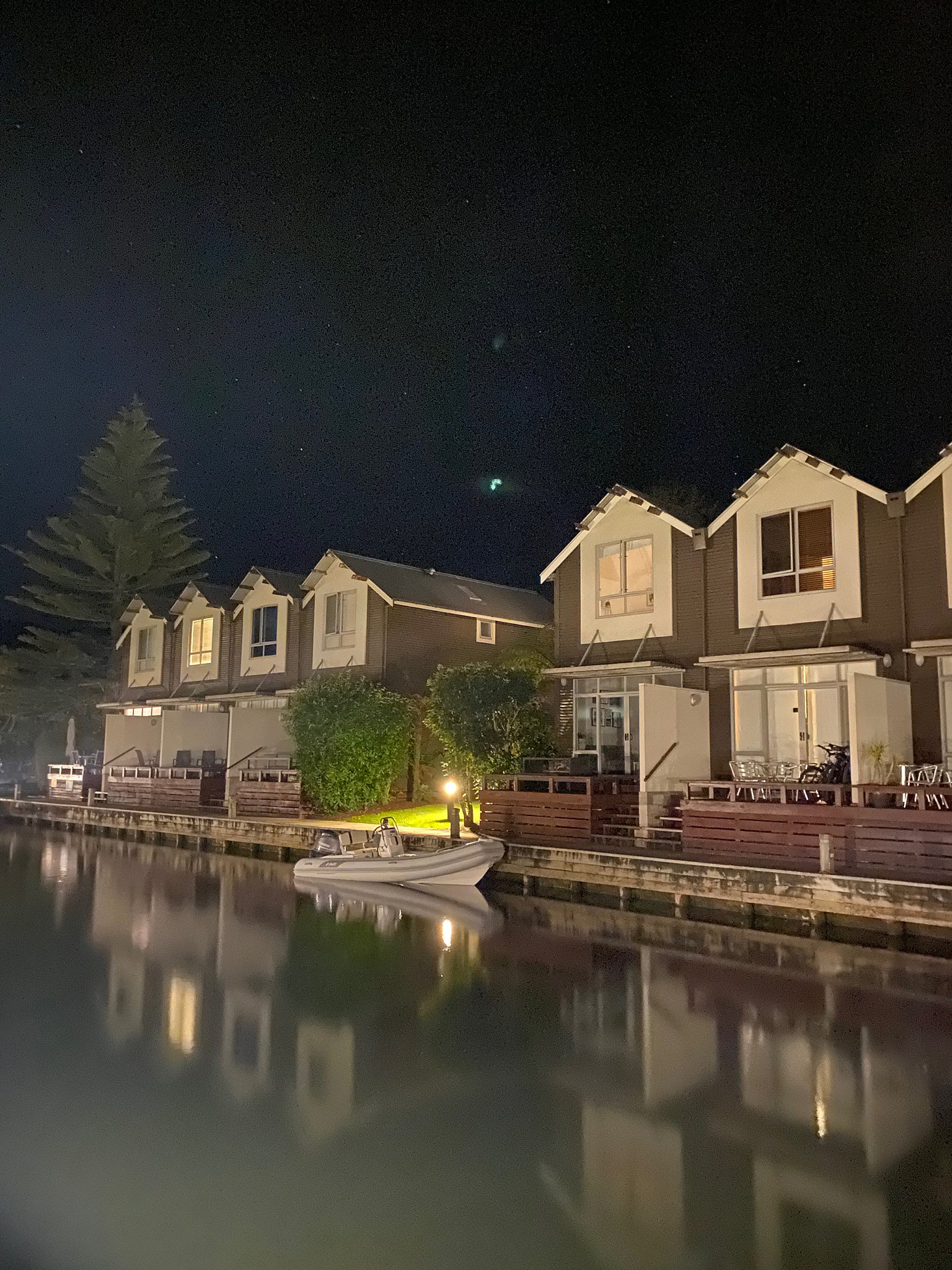 And in the day… 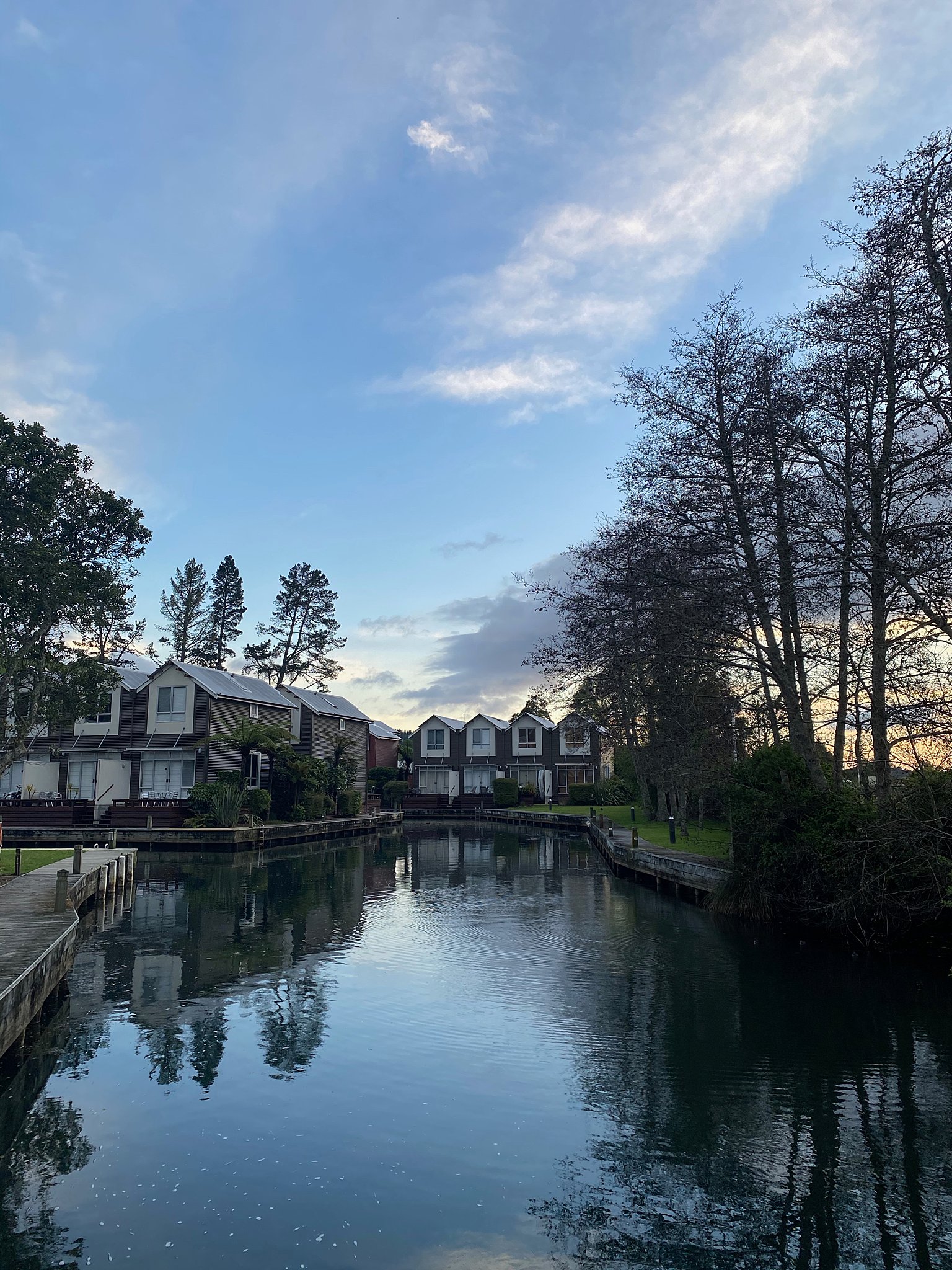 There were bbq’s dotted around to make the most of outdoor living and swings under trees throughout the park.

And the appartments were spacious, comfy and had everything you needed to feel right at home.

Make time for a stop (or two) in Matamata

We’re pushing the outskirts heading here but Matamata is just an hour out of Rotorua.

You’ll remember that James and I weren’t actually holidaying together this time so he had headed down with the girls the first night and took them shooting and all sorts of things that I would have frankly said no to but the girls thought were heaps of fun.  But at the end of day 2 I joined James and the girls in Matamata for our wedding anniversary dinner at Osteria (which is pretty epic if you get the chance to head down that way). 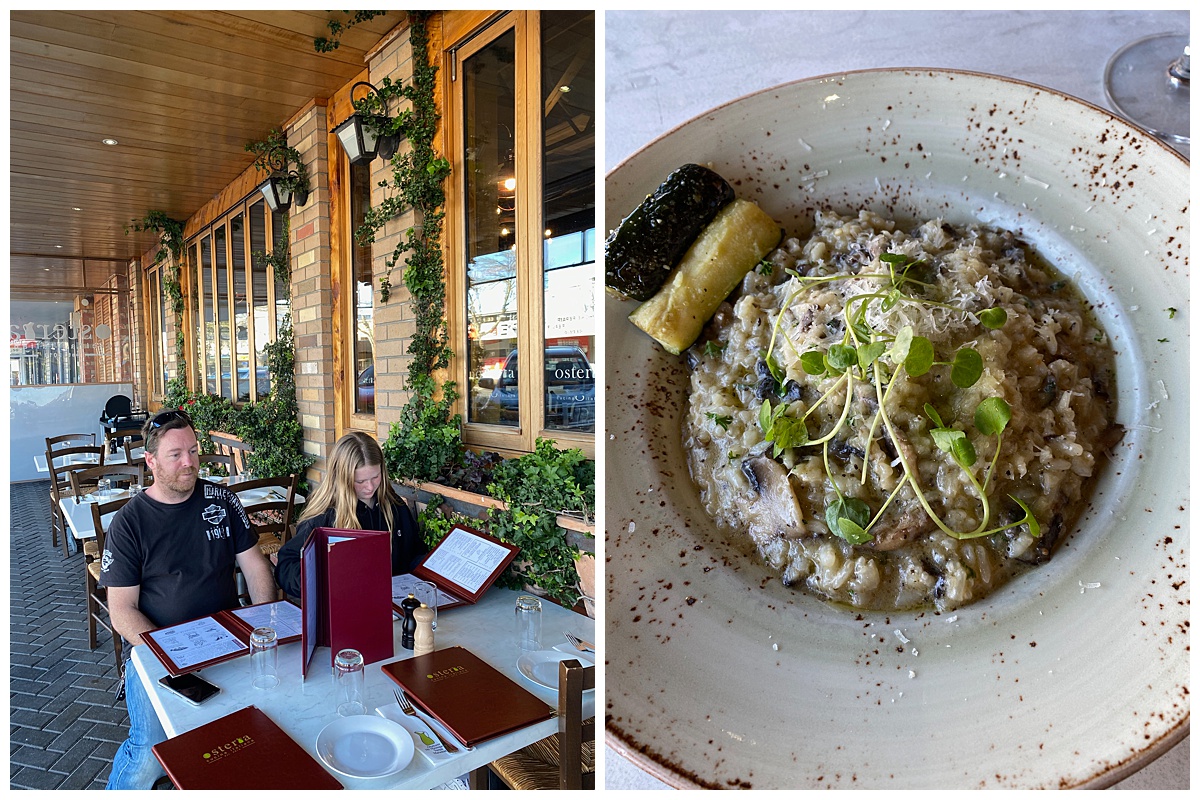 We’re going to dwell on Matamata for a bit because it is one of my favourite places.

My Grandma comes from Matamata and we heard so many stories growing up of the war time dances and of the foiled robbery at the Post Shop that my Great Grandad stopped.

We also went there as kids and stayed at Opal Hot Springs.  The same camp ground that my Mum stayed at as a kid.  I took the kids there on our way back from Rotorua this time too and they went zooming down the same old slide I did.  The same one my Mum and siblings have a picture on when they were kids. 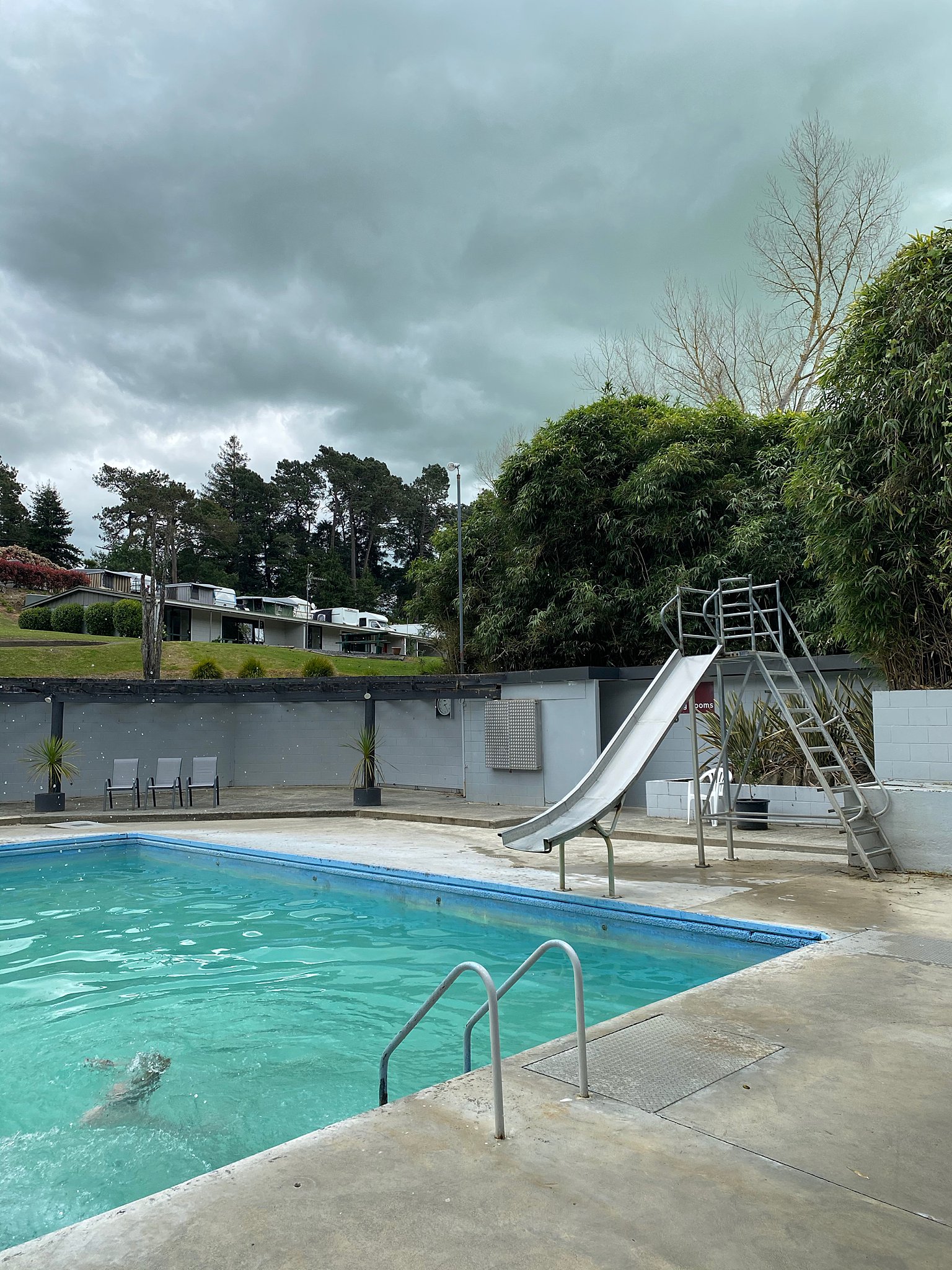 It hasn’t changed a bit since I was young.  So if you are a purveyor of new and fancy you’ll hate it.  If like me you like things a bit rustic and good old fashioned Kiwi and fancy a good dip in a mineral pool at an outrageously cheap rate you’ll love them. 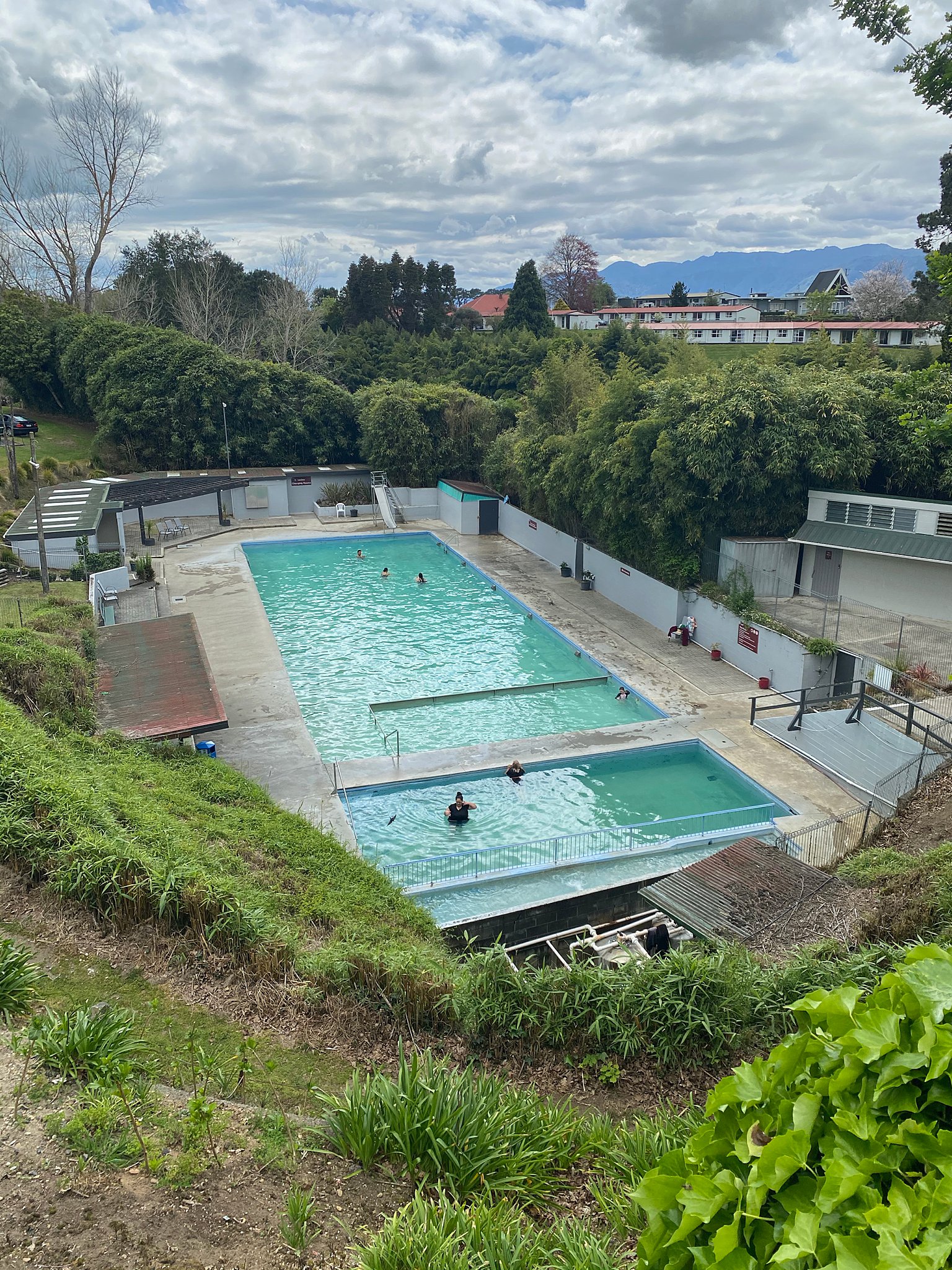 And the scenery around Matamata is just beautiful – filled with rolling green hills (and trust me – they are even more beautiful if you catch them in the golden hour or when it’s foggy).

And of course if you’re into Hobbits and the like there are loads of all that there too.  I’ve been to Hobbiton once and I adored it but I can’t manage to drag the kids back again.  Perhaps I’ll head on down there myself…

But even if you don’t manage to get to Hobbiton there are heaps of little touches of Hobbiton in Matamata itself.

Go for a drive around Lake Rotorua

We somewhat inadvertently found ourselves doing laps of Lake Rotorua – just because of where Ramada Resort was located and the things we’d planned to do.

In my head Lake Rotorua had always been huge but it’s surprisingly quick to drive around (just 90 minutes) and there are some great things to see on the way.

We’ve already talked earlier about Hamurana Springs – a magical place with blue and green waters and a Redwood forest which is a must visit. 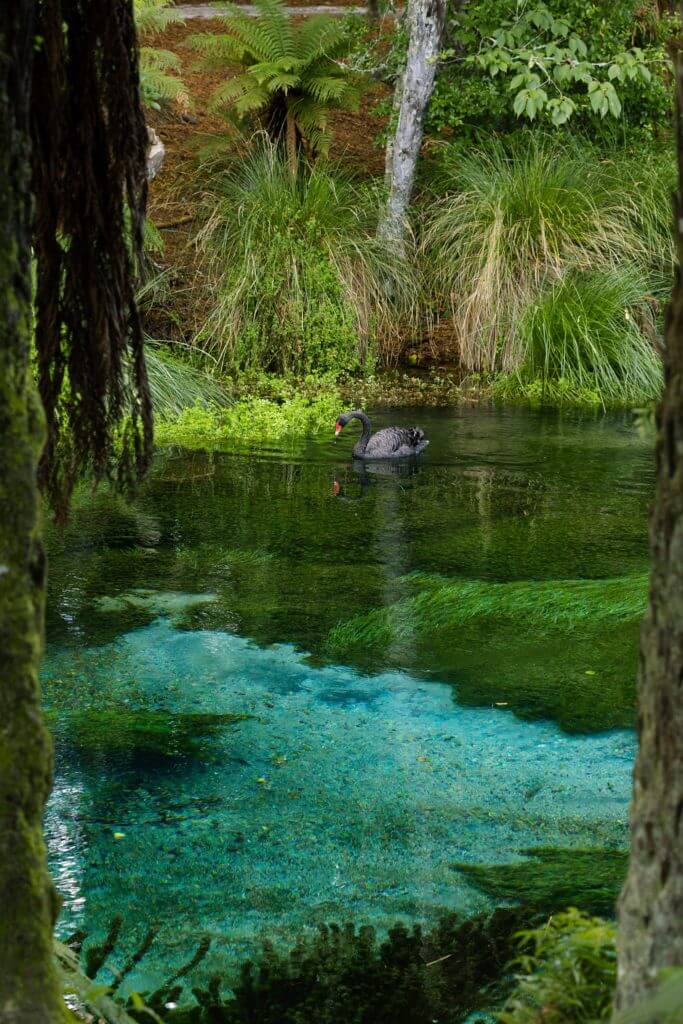 And along the way you’ll find heaps of little bays to stop and make the most of the lake.

Get yourself into hot water

Rotorua is famous for hot water bathing.  We’ve talked before about the private spa’s at the Polynesian Spa before but this time we were exploring a bit further afield at the newly opened Secret Spot and Kerosene Creek.

I’d heard about Kerosene Creek and it had been on my list of things to do in Rotorua for so long now.  There always seemed to be a reason not to go though – it was too far out of town, too hot, too cold, there were reports of thieves around.  You know – a usual kind of procrastinators list!

Now that I have been once I can tell you for sure that this is on my EVERY TIME I visit Rotorua list and none of the above could persuade me not to go.  But hey, as long as those excuses exist it will stay relatively unspoilt. 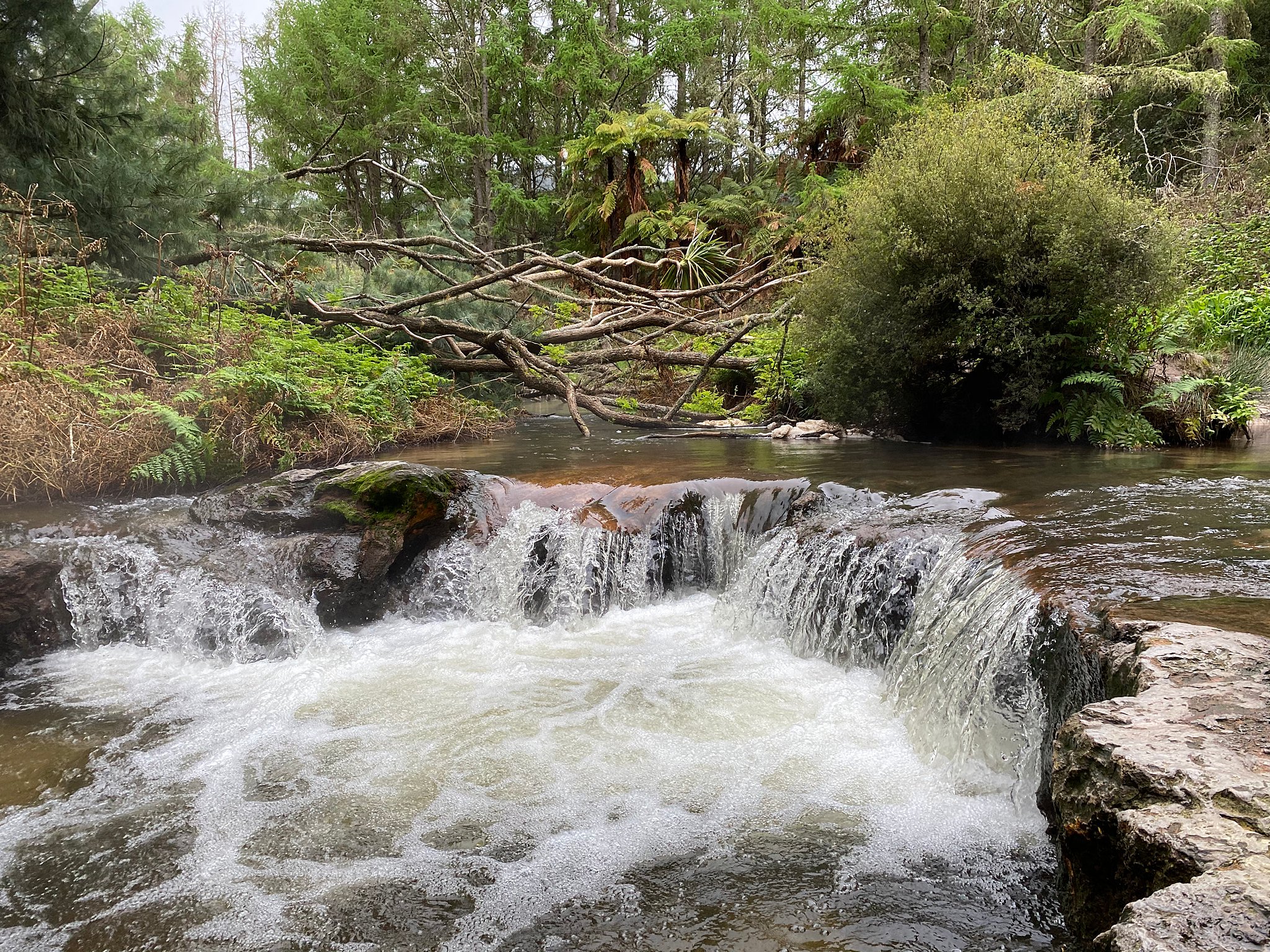 For me Kerosene Creek was one of those places that was just so incredible that it didn’t feel like it could be real.  There was something just so magical about floating through a warm creek, waterfall crashing behind you with steam rising through the native trees around you.  It was like the world didn’t exist and for those moments it actually didn’t. 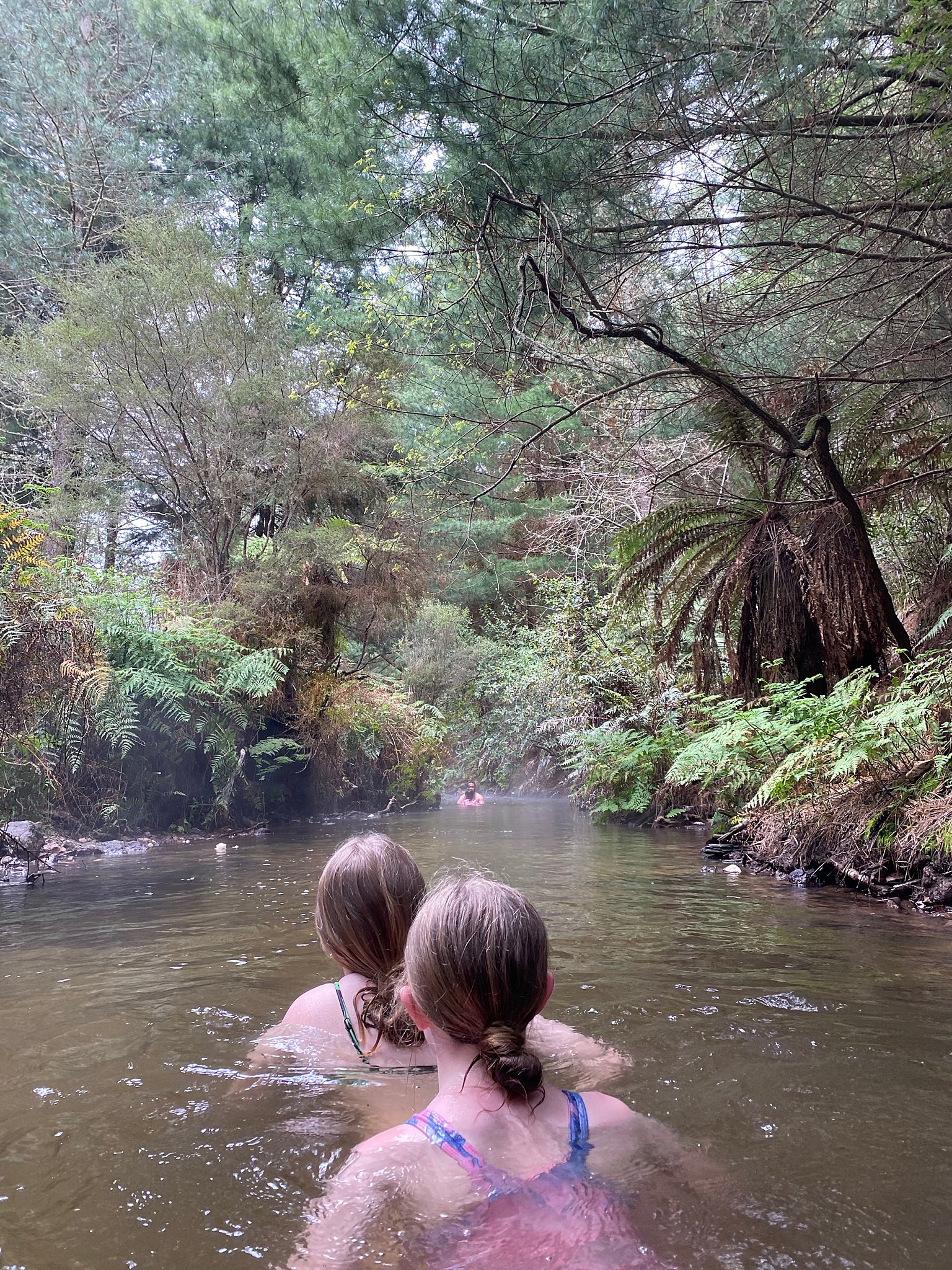 Just down the road from Kerosene Creek is The Secret Spot.  Created by two brothers, Keith and Eric, the Secret Spot is a reimagining of the hot creeks and natural pools they used to find after a day out hunting or adventuring.  With 12 hot tubs nestled into the forest beside a creek it’s the perfect spot to get away from it all without the hard work of trekking through forests to find it and still being able to get a drink delivered to your hot tub! 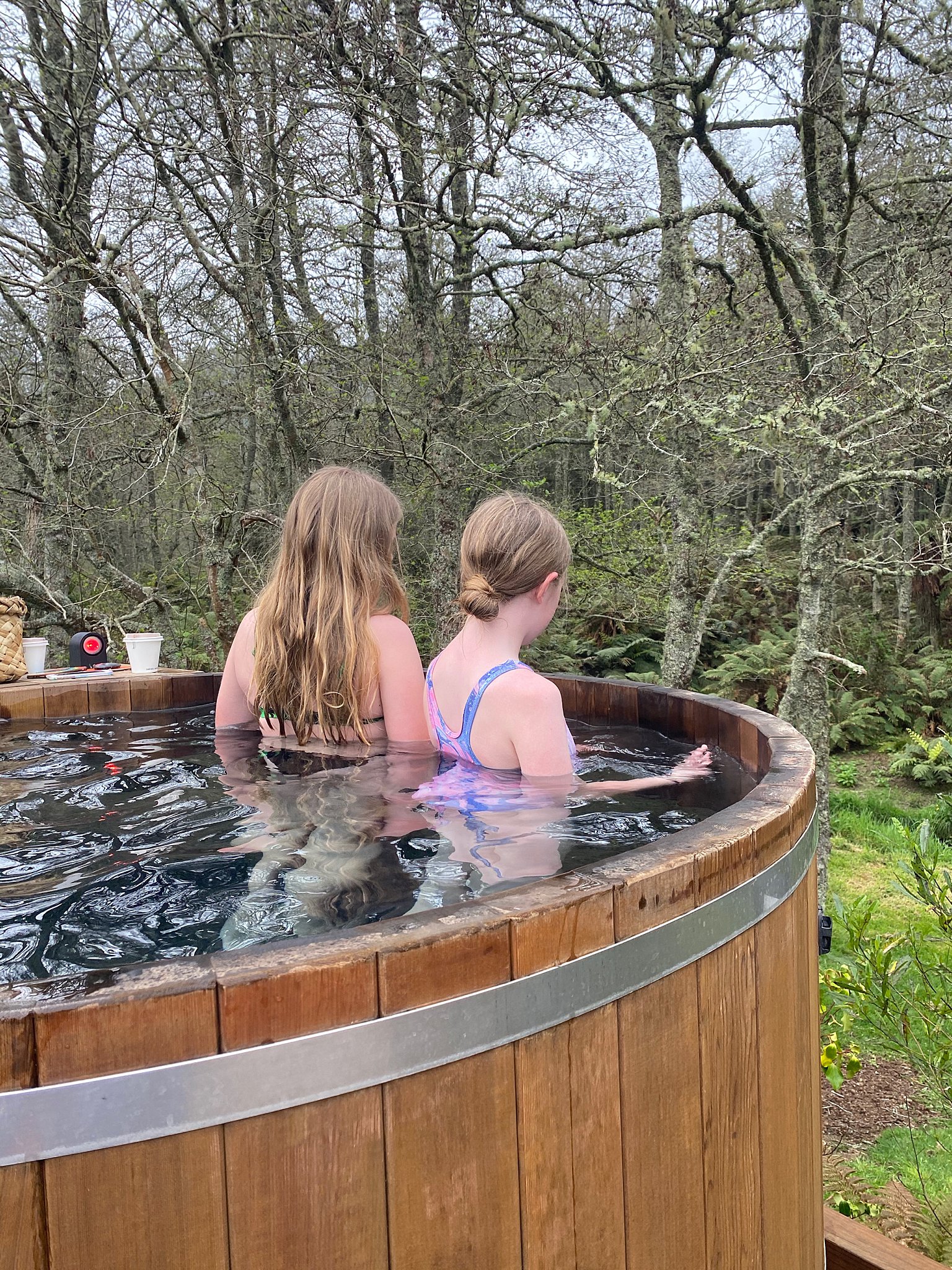 Sometimes getting off the beaten track is as simple as a left turn rather than a right turn.

I don’t think you can get away with a family trip to Rotorua without going on the luge but just across the road from the luge is the equally worthy 3d Trick Art Gallery.

This gallery has art that visitors are invited to step into and become a part of.  Rather than talk about it I’m going to let the pictures do the talking with the excellent imaginative skills and superb facial expressions of our youngest 2 daughters…. 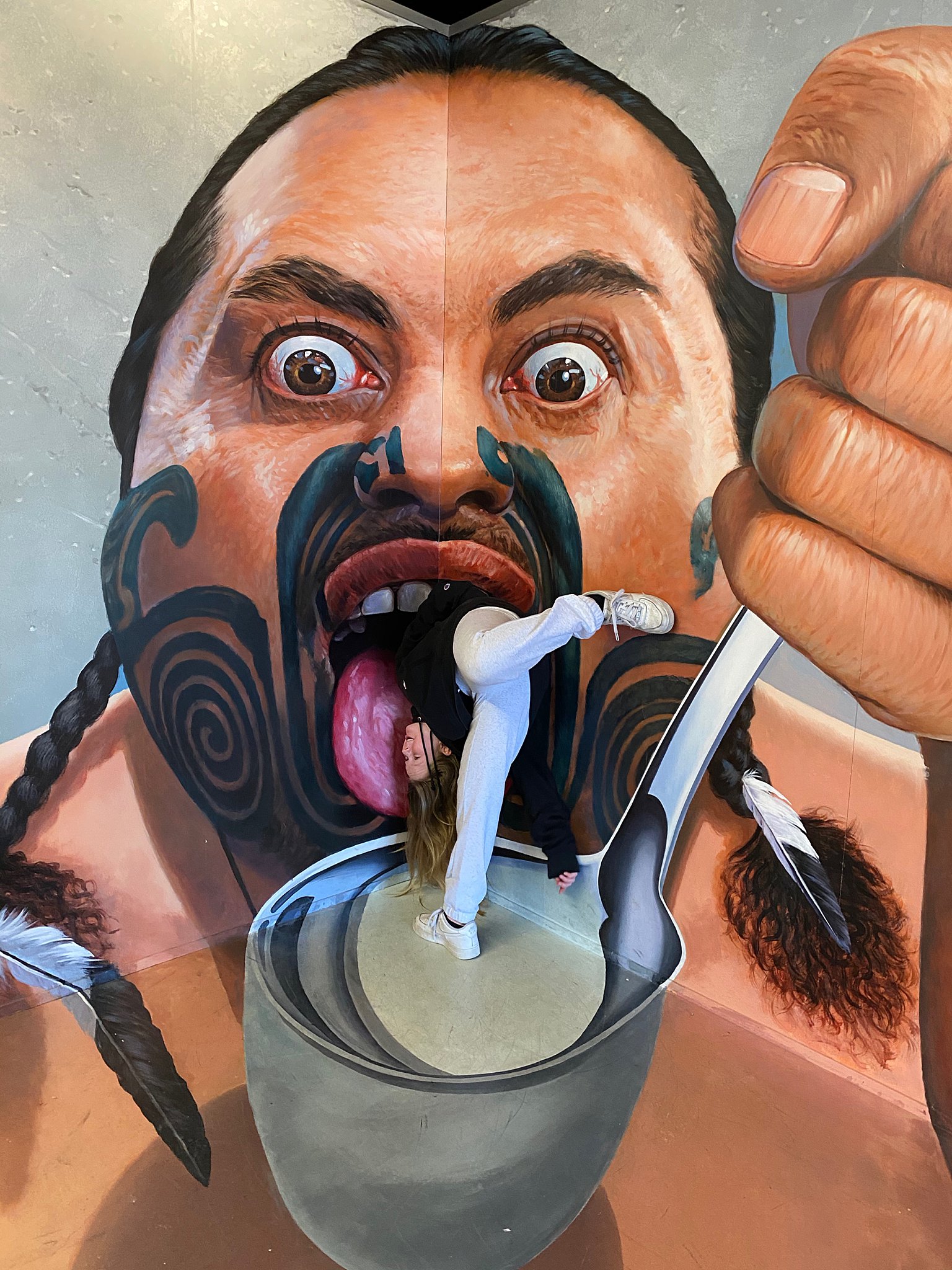 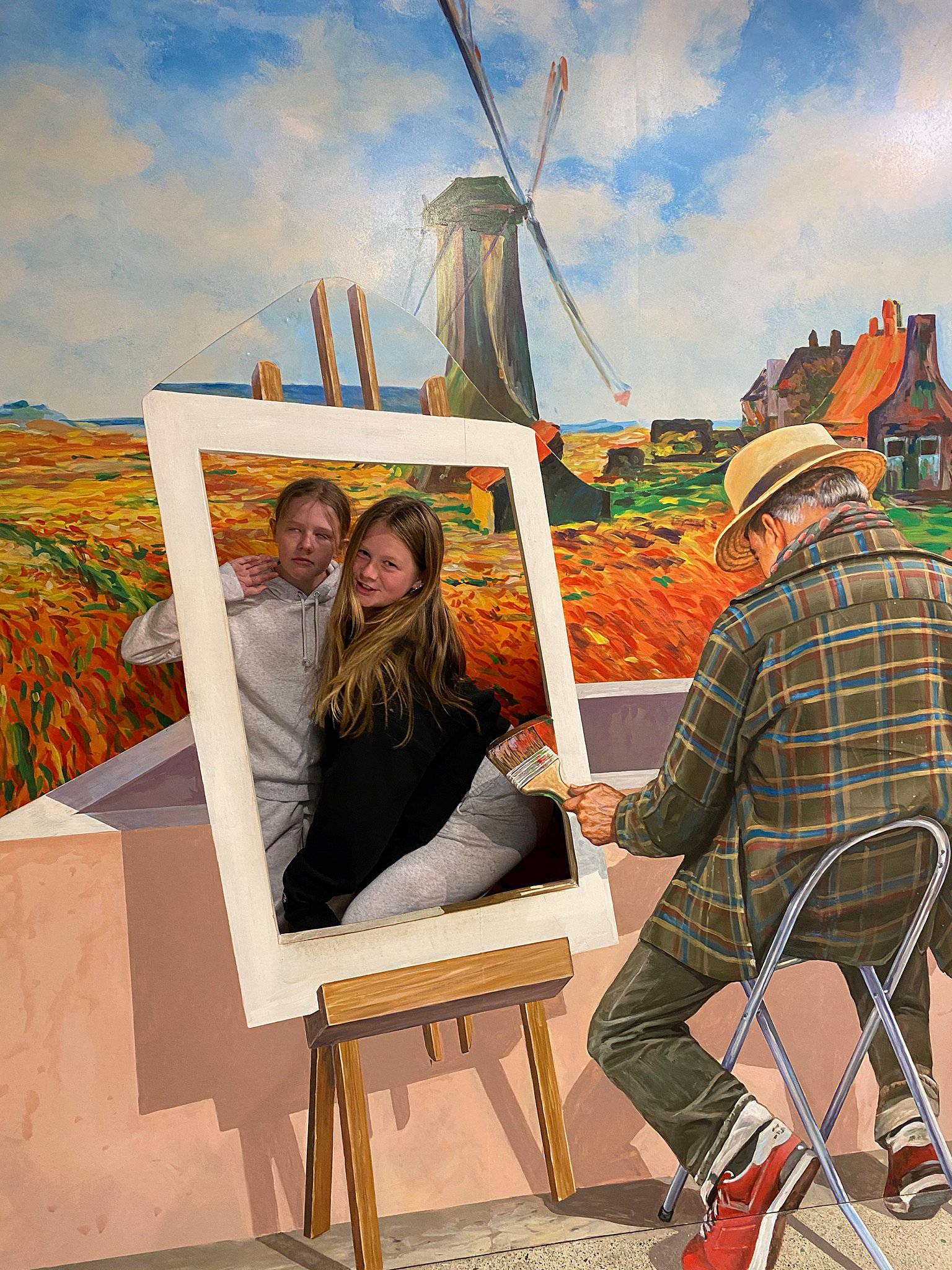 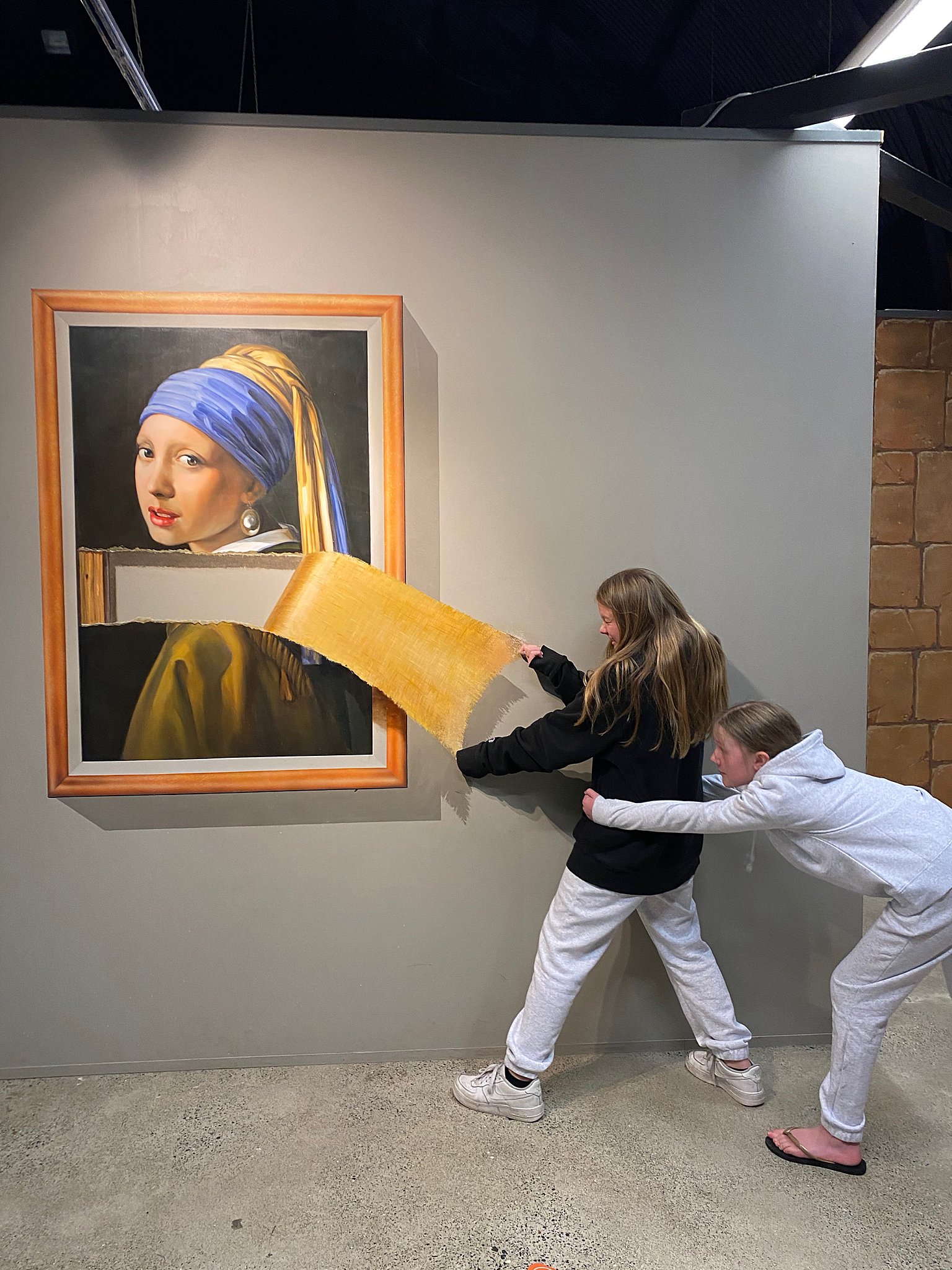 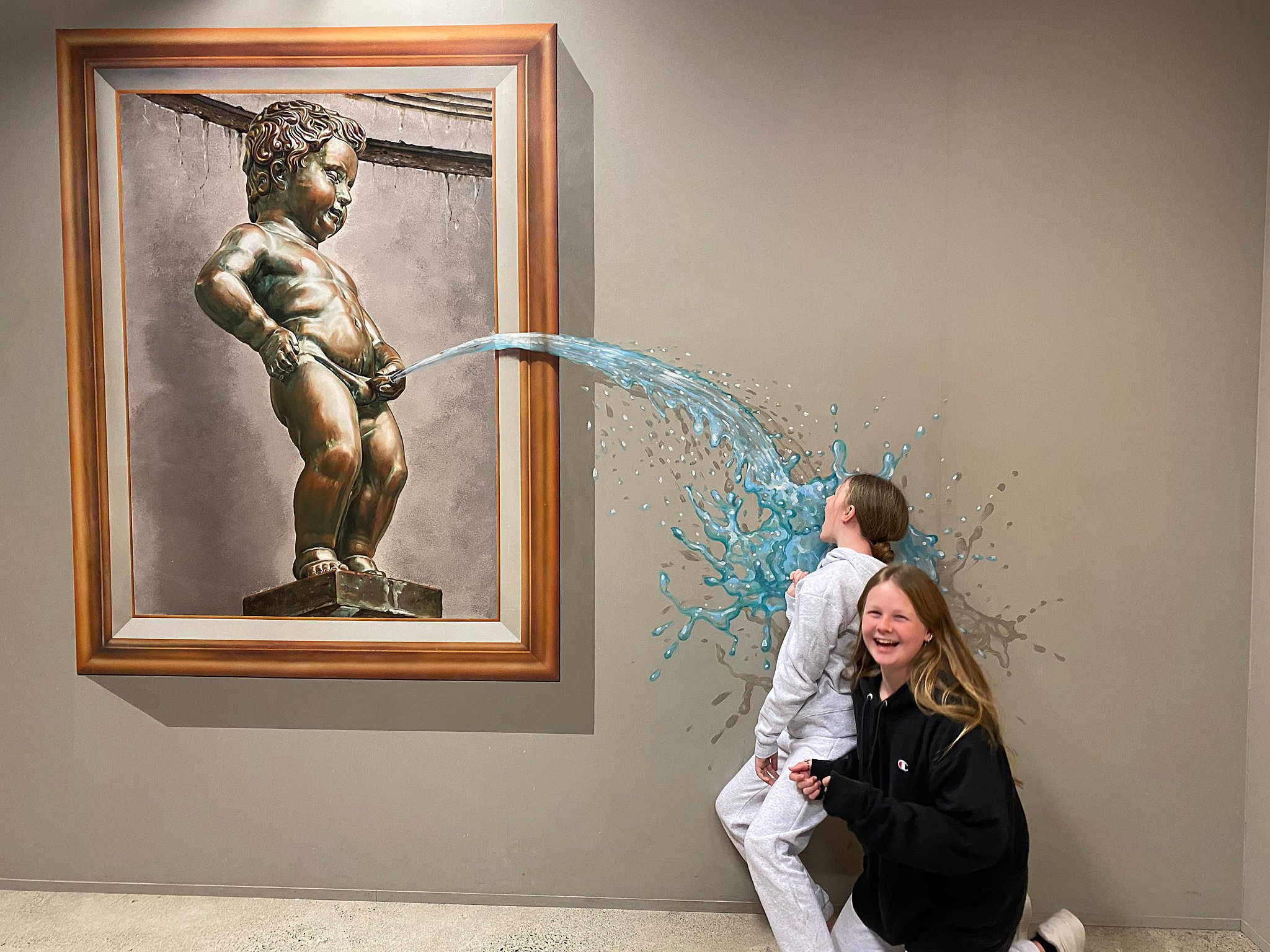 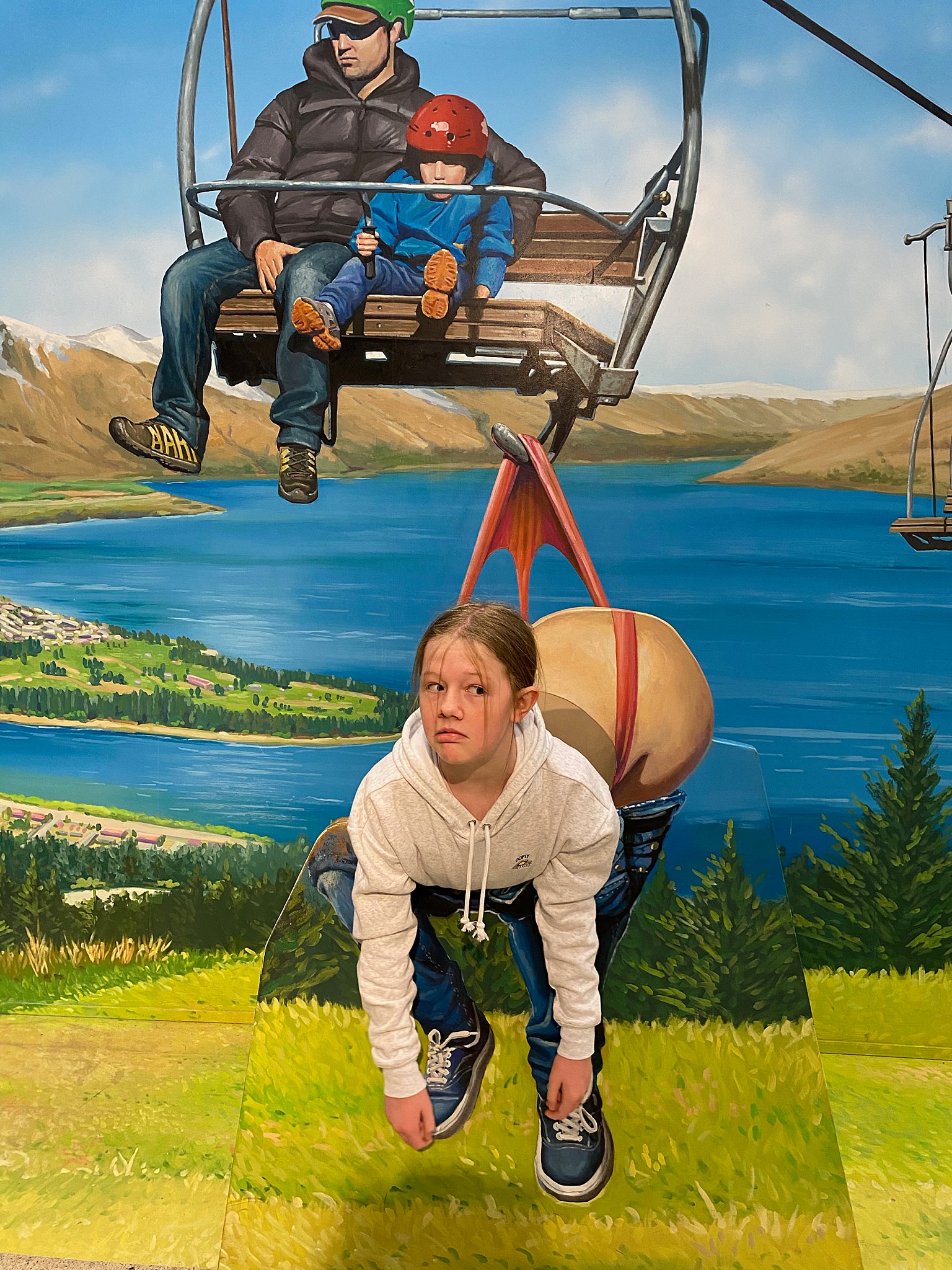 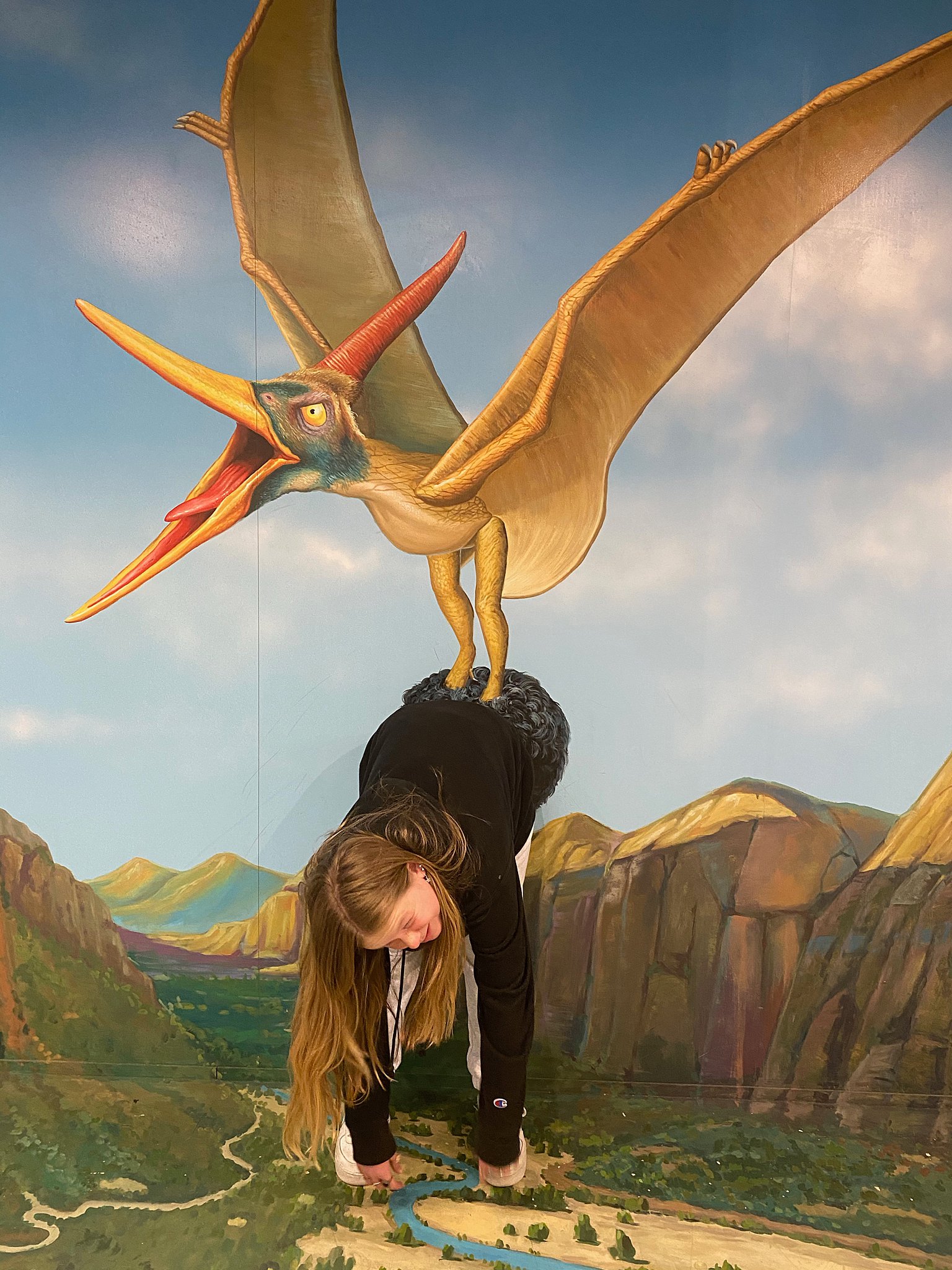 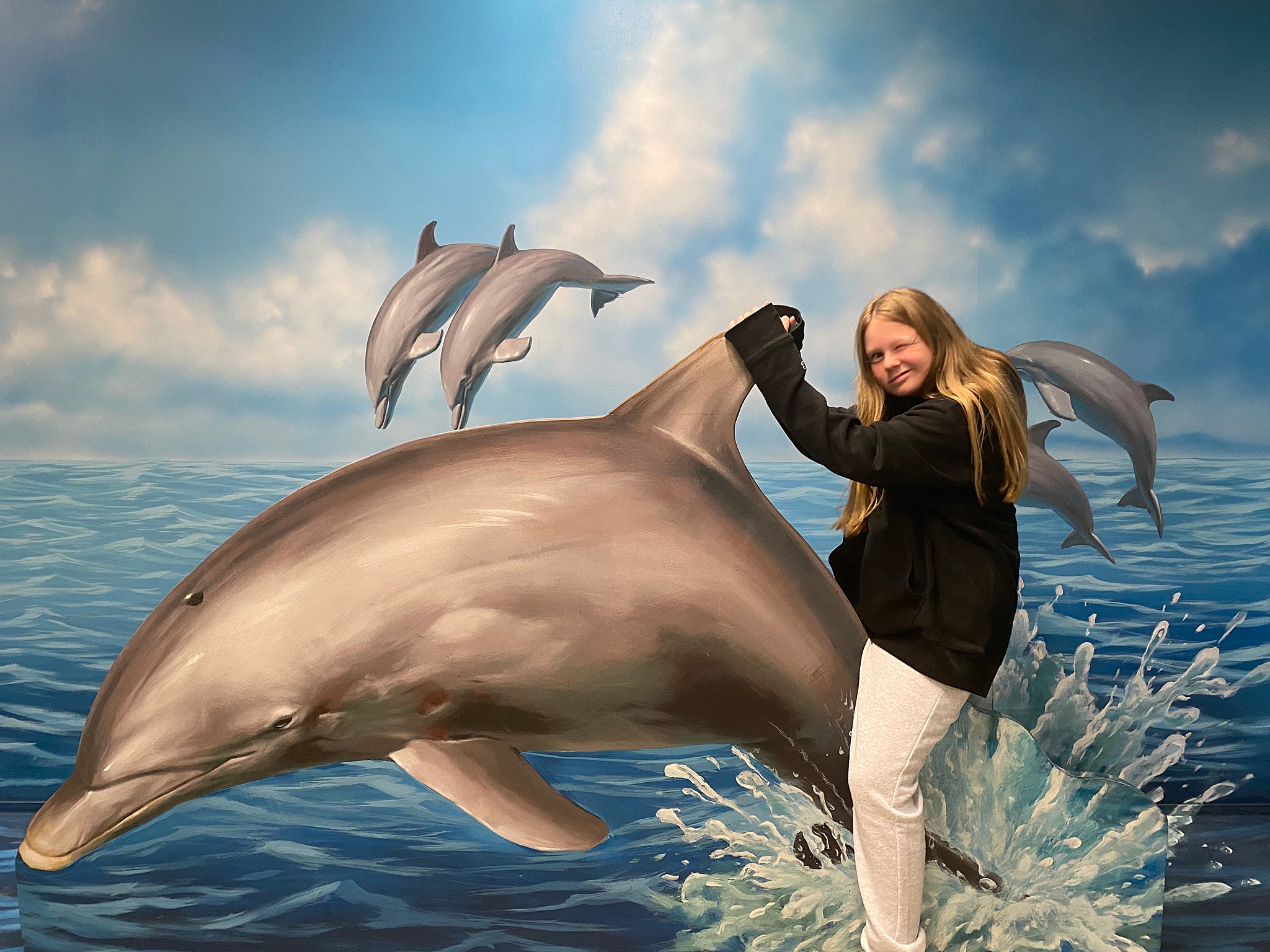 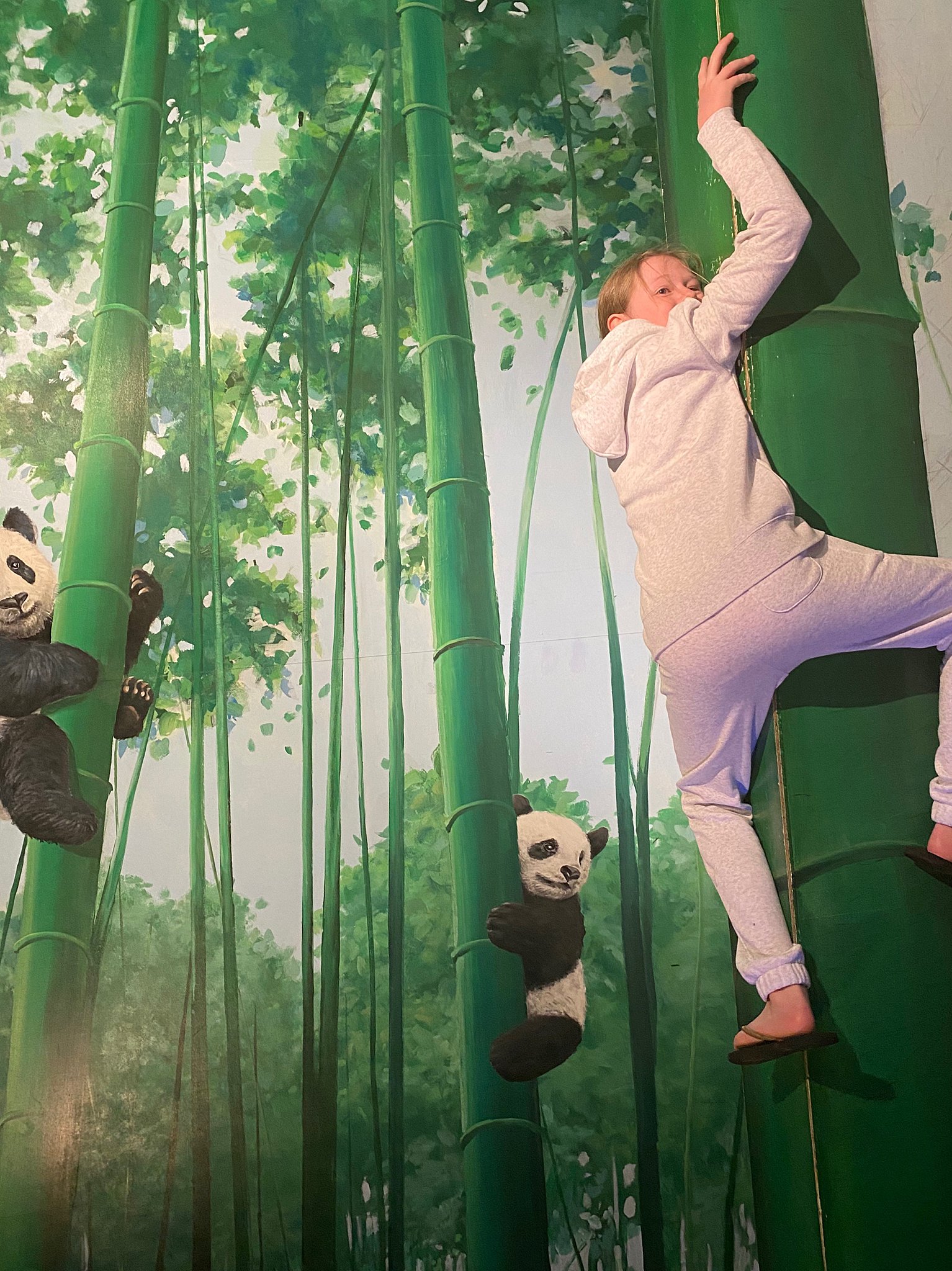 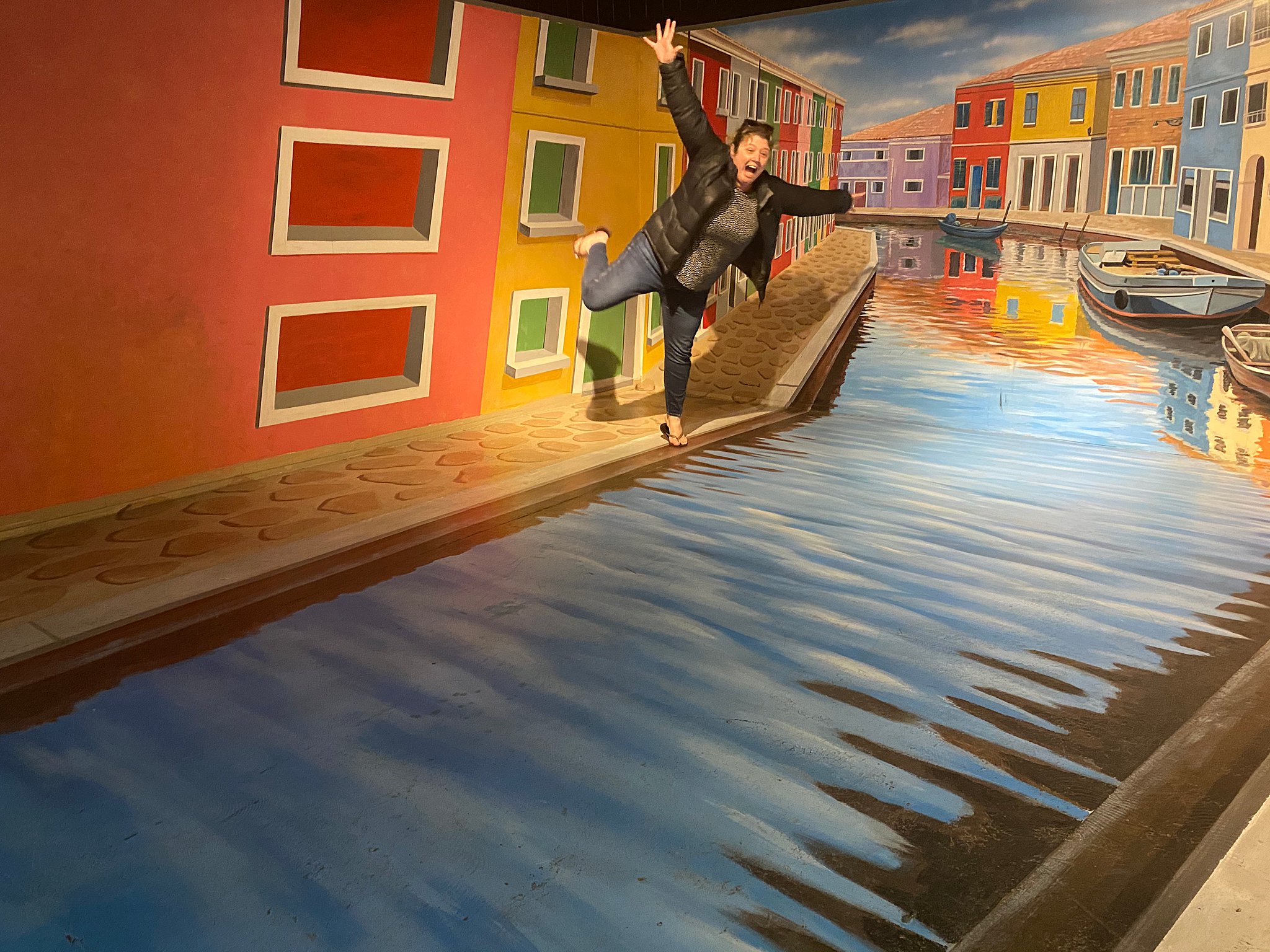