5 reasons why you should explore Urban Route 15

It was Sunday and we were looking for somewhere to get lost with the kids.  As with any good getting lost mission we had no real plan when we set off.  I had a loose idea of the direction I wanted to head and a park in mind, plus a little trip down memory lane.  The rest of our sojourn down Urban Route 15 was entirely unscripted and made up an epic Sunday afternoon.  So here’s our top reasons why you should explore Urban Route 15.

This was an unscheduled stop on our trip down Urban Route 15.  We’ve driven past the drive before and James has said he’s heard it’s great but that’s about all we knew.  We had a picnic lunch though so this time we pulled up the long driveway to see what was up there.

Built in the 1870’s by James Williamson as his gentleman’s residence, the sweeping grounds (now owned by Auckland Council) look out over One Tree Hill and the Waitakere Ranges.

The grounds are amazing.  Heaps of room for our picnic and a swing on a big old tree that looks out over One Tree Hill.

The residence itself is now home to the TSB Bank Wallace Arts Centre.  It’s a stark juxtaposition wandering through this grand old home with entirely modern art.

As far as art goes the kids were probably more interested in it than most art they have seen because it was so different and in their words “rude”.  But hey, shouldn’t art confront you on some level.  I’m sure I’ll read about it in one of their writing books at school about how they went to an old house and saw a picture of a man in his undies.

Parks have got pretty high tech nowadays.  And so much of what made parks so cool (the “dangerous” stuff) has been replaced with far tamer versions of itself.  Waikowhai Park is just like how a park used to be, how a park should be.

A steep metal slide sits in the middle.  It’s steep enough to get enough speed up to turn you right around in a circle as you slide if you put your jacket under you (our kids were right into this).  The metal may burn you in Summer, but in the midst of winter it was just perfect.

There’s a flying fox that is long enough and fast enough to reignite childhood memories and while the “Rocktopus” is newer when it’s set in the trees like this it doesn’t feel too high tech.

Heading off the park in multiple directions are bush walks that will take you down to one of the many bays overlooking the Manukau Harbour. 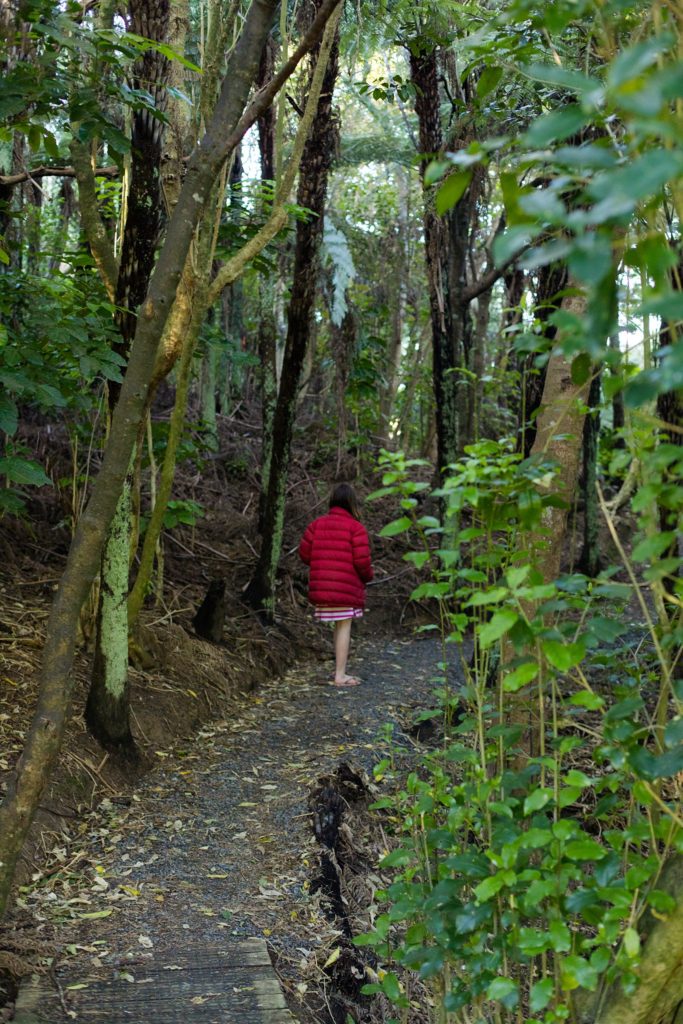 Despite it being the middle of winter the kids were in for a bit of a paddle in the calm, clear waters in the harbour.

The Manukau Harbour has simply stunning views with many spots along Urban Route 15 ducking off to yet another bay.

With views from up high as well as from right down by the water.

#4.  Like all good roads, it leads to some amazing places

Urban Route 15 is a brilliant route to take to head out to the rugged Coast of Ghosts at Whatipu (more about that over here). 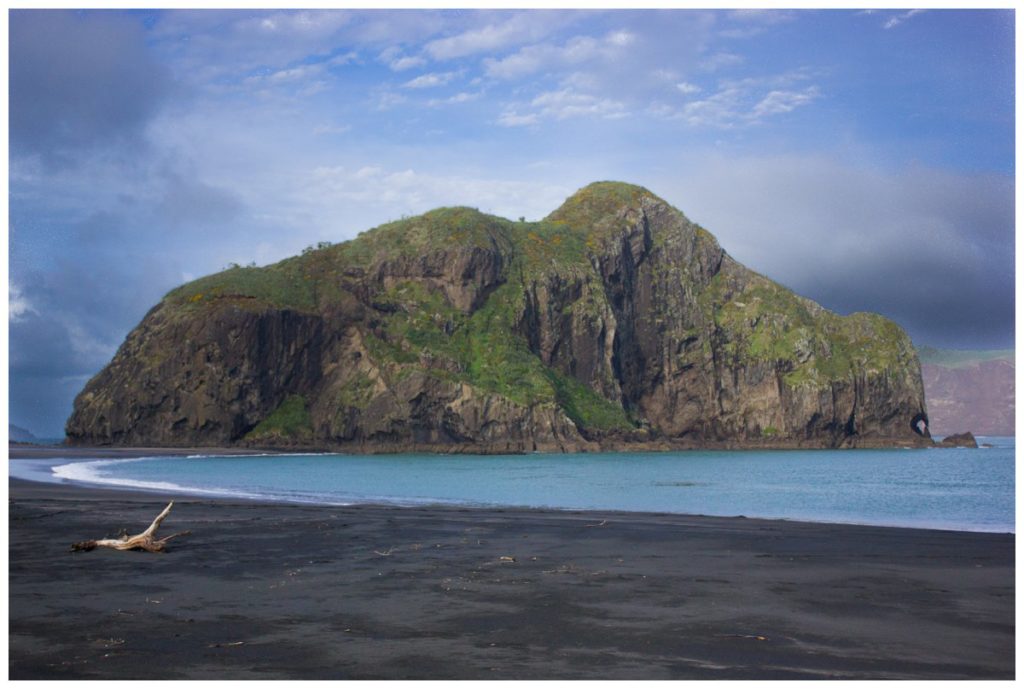 Or head out to discover the Waterview tunnel.  It’s well worth a drive though and the new road layout and being unable to change lanes in the tunnel is bound to get you lost.

It’s an area in the process of wide spread “gentrification” – for those not in the know this is (according to the dictionary) the process of improving a house or district so it conforms to middle class taste.  As the water view tunnel brings this area closer to the city it feels like its on the precipice of a resurgence.  Scores of old and tired houses about to be or in the process of being re-imagined and loved by new generations.  All looking out at the vista of the Manukau Harbour that stretches for much of the length of this road.

One of these houses is my Pop’s old house.  Perched on the hills on Donavan Street, looking out over the Manakau Harbour it reminds me of chasing lizards in the back garden, of the smell of wood in his shed, of his old Holden Kingswood in the driveway.  It still looks the same as it did when I last visited him there, 12 years ago, before he died.  One day it won’t.  So for me Urban Route 15 was also a trip down memory lane while it still looks the way it did in my childhood.