We spent nights two and three of our Northland holiday at Pukenui Holiday Park.  This was my choice and I chose it for no other reason than it was so close to Cape Reinga.  Turns out there is a lot more to recommend Pukenui Holiday Park for than just it’s proximity to the cape which makes it a destination in itself.

So in the spirit of lists, here are the top things that make Pukenui Holiday Park the perfect far North Base camp…

With the wharf just down the road there is some great fishing to be had either off the wharf or out on the water.  After the fishing rod in the eye incident of 2015 James won’t take his rod in the car on family trips anymore but he was definitely living vicariously through some of the stories around the camp ground 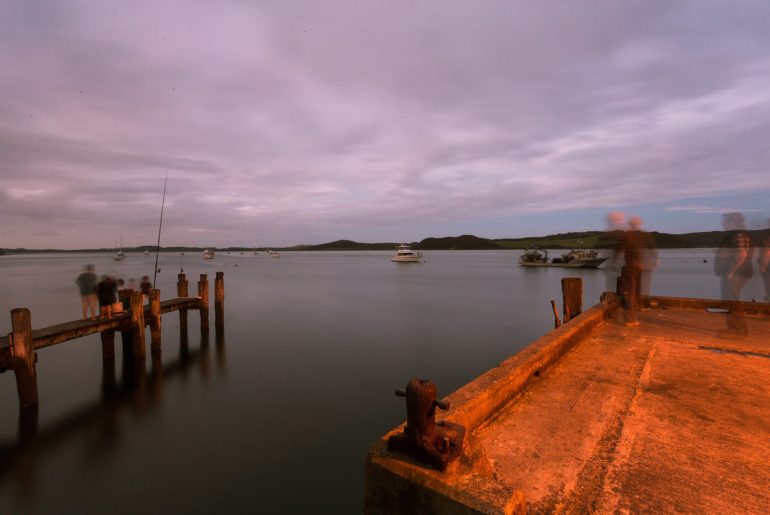 Just up the road is Rarawa beach – a silica sand beach that is absolutely stunning.  We got a tip off from Mike (one of our neighbours at the camping ground) and a ringing (and singing) endorsement from Adrienne over on Getting Lost so set off to explore. 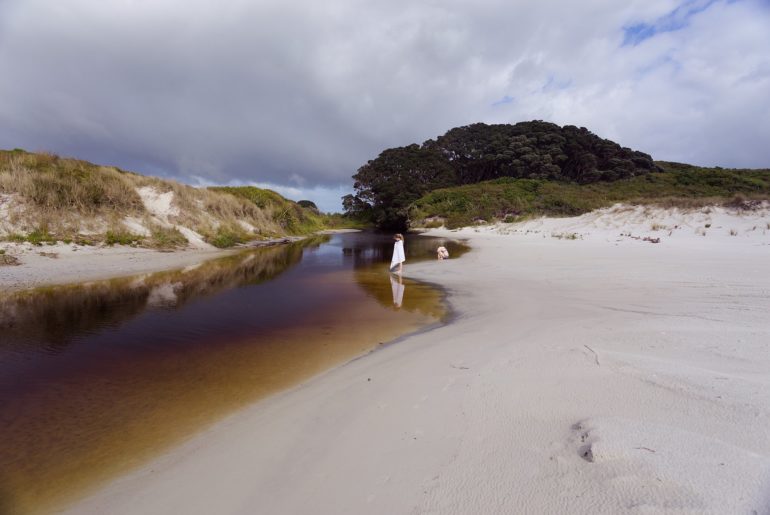 With hard sand on the foreshore it is possible to ride down right on the beach and we saw a tour bus and a motorbike when we were down there but for the most part it was just us. 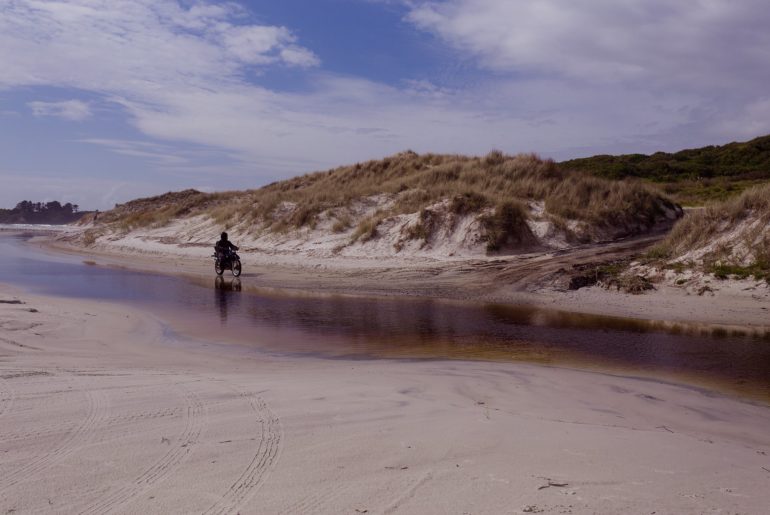 It’s the kind of beach that makes you want to do cartwheels and run and jump – all of which our kids did with reckless abandonment. 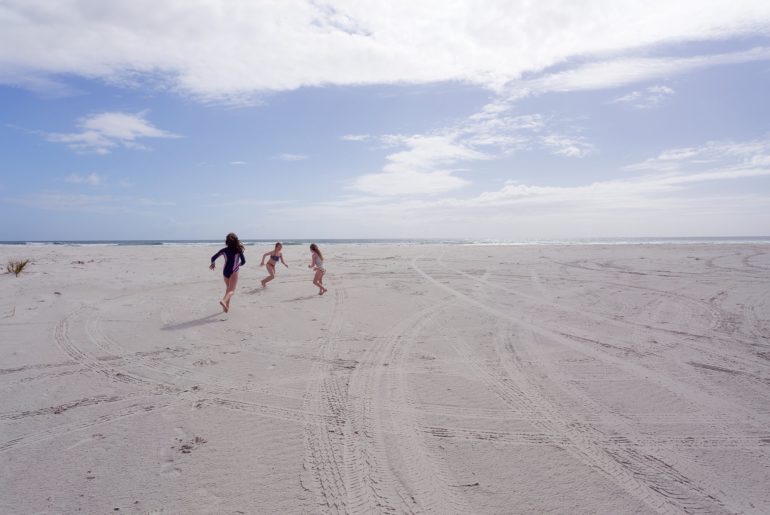 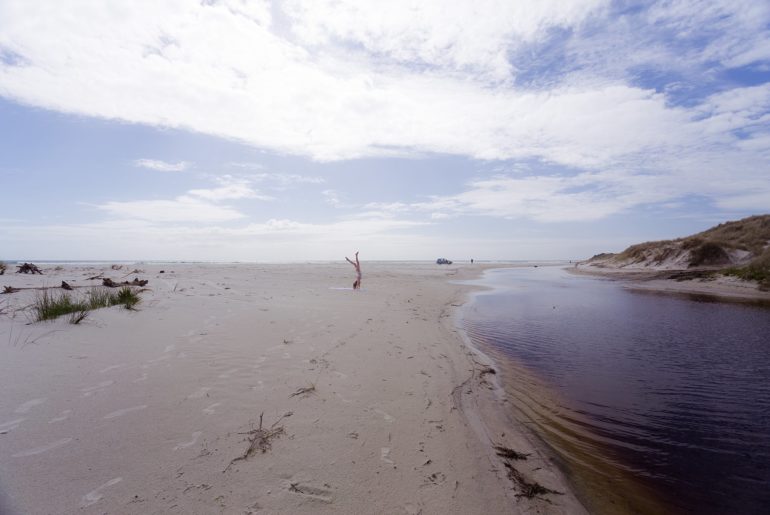 We also took the Santa Fe off road and through the small inlet to the beach which the kids thought was pretty awesome. 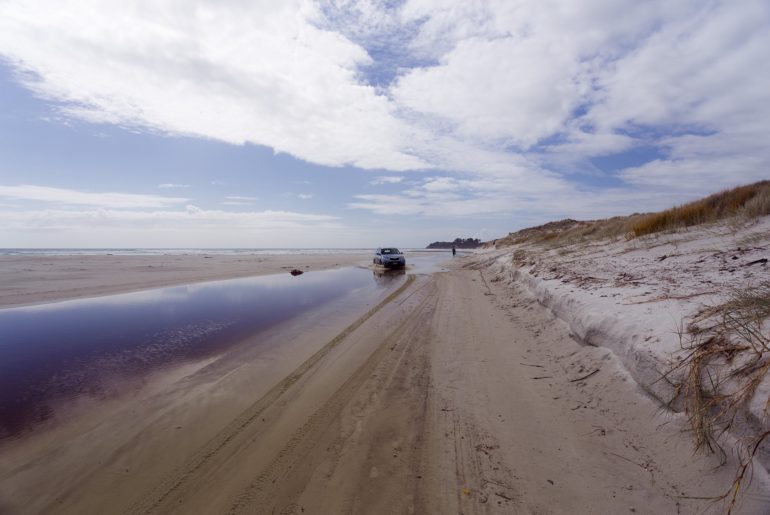 We got a tip off from the camp owners that there were wild horses just down the road from the camp ground.  With a horse mad 10 year old this was a must see for us so with a lot of “now remember we might not see them” before we went we set off. 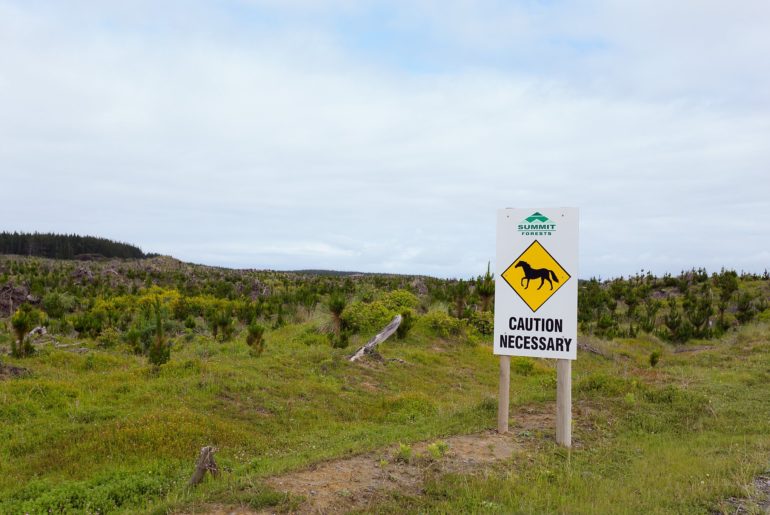 Head south from Pukenui Holiday Park and turn off down Whalers Road.  It’s 10km to 90 Mile Beach (which in itself is worth the drive). 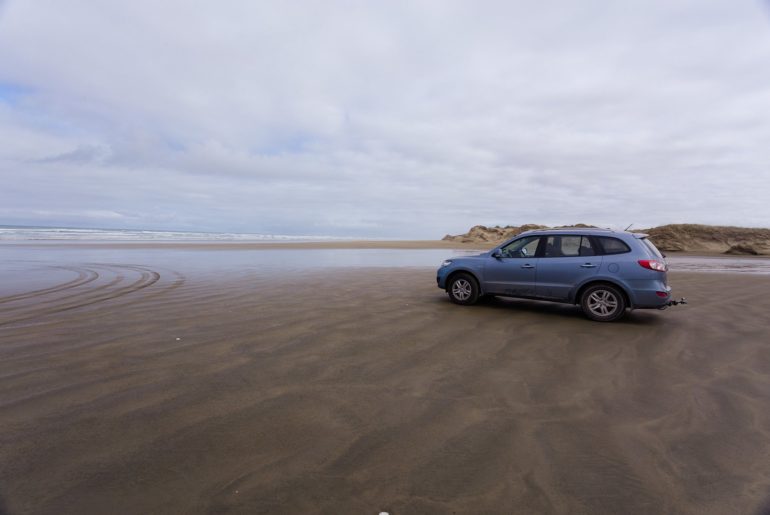 We were really luck and spotted the horses about half way down the road.  We always have a pair of binoculars in the car so James and the kids were out there perched up on the knoll watching the horses frolic in the distance.  It was pretty awesome! 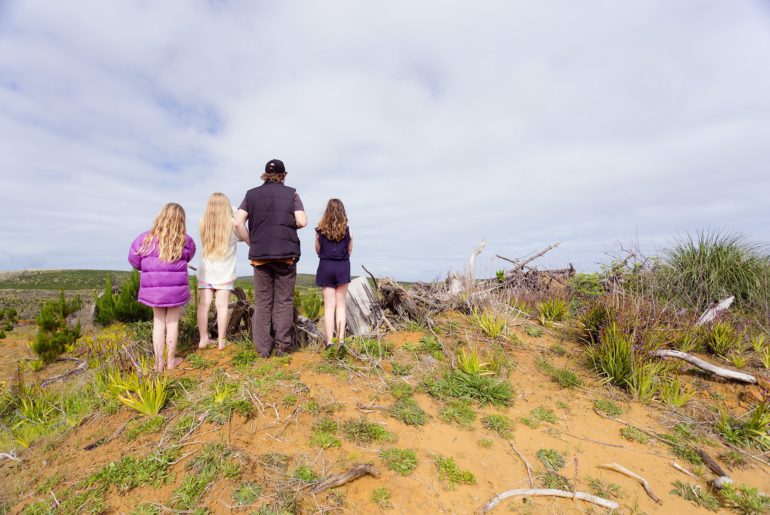 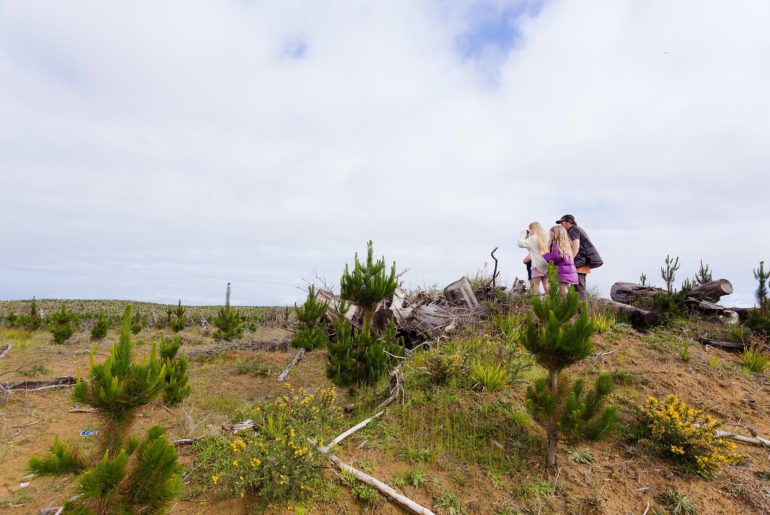 #4  A petting zoo with ponies

Yep, the camp ground has it’s own petting zoo – complete with 2 ponies.  The girls spent a large part of their time up here and made heaps of camp friends as well as hanging out with the animals. 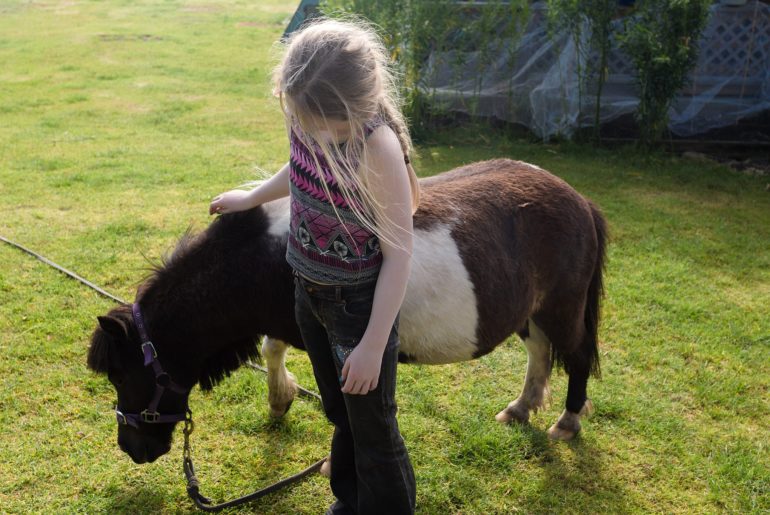 At the camp ground there is a big rope swing and tree house.  It’s the kind you never see around Auckland and has Mum’s peering out of half covered eyes with a mix of pride and fear as their kids fly through the air.

Our kids adored it and found new and more extreme ways to launch themselves up and into the air. 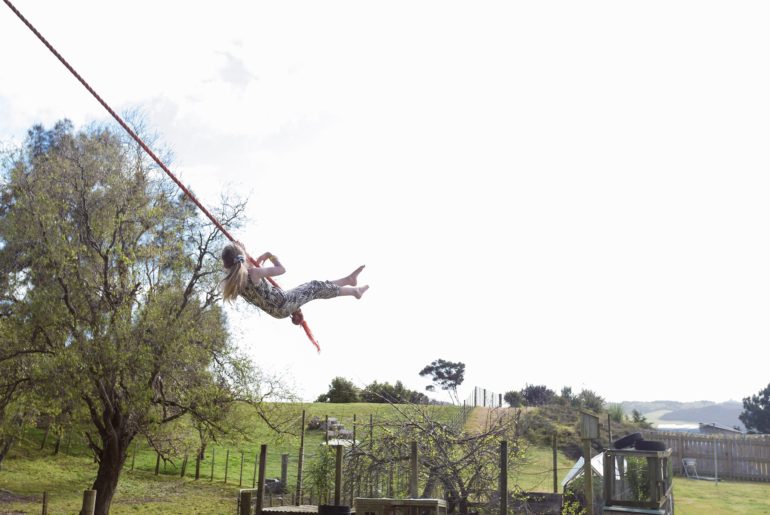 #6  A great pub in walking distance

Now normally northern most pub is Houhoura Tavern but when we were up there this was closed for renovations so we went to the next northern most which was the Pukenui Pacific Bar and Reastaurant and conveniently just down the road. 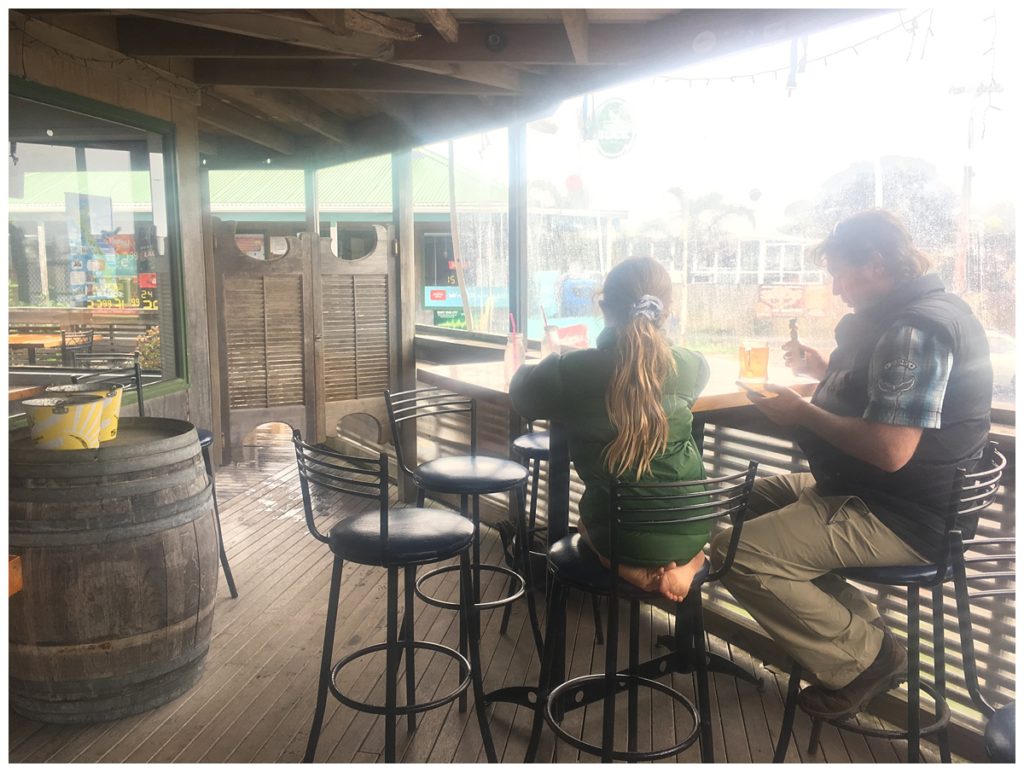 They have the business cards of everyone who has visited up in the rafters and I’m now proud to say there is a little bit of Getting Lost there too.

Cabins can be a bit hit and miss.  Particularly when you are trying to fit 5 people in!  The cabins in Pukenui Holiday Park were awesome though.  A big covered deck which meant you could stay outside no matter what the weather and a seriously cool loft bunk. 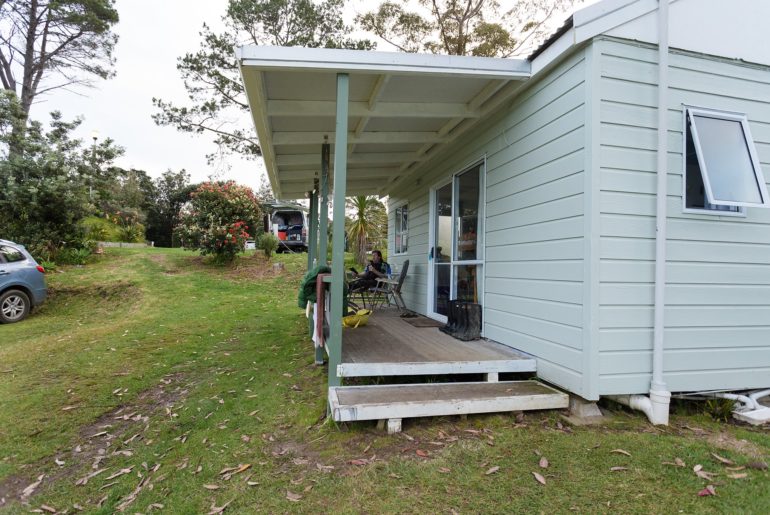 There’s a real community feel at the holiday park with neighbours stopping to chat or swap tips.