I love walking.  But I hate hills.  Blame it on my early life in Christchurch on the flat for my early conditioning to the wide flat easy walking streets.  Or perhaps it was my early working life in Wellington tackling the Brooklyn hill or the Ngauranga Gorge that made me scowl at any hill in my path.  What ever it is, Te Ara Tahuna (Orewa) Estuary had me sold at the word flat!

Now those of you who read our blogs regularly will know that detail is not my strong point so I had of course missed out the word “mostly” in the description of this almost 8km walk so I was unimpressed when the first hill (and it’s quite a hill but very short) appeared just before we wound our way around to Millwater.  Now it really isn’t a major hill at all, and walking it really is the only one that you will notice, but it pays to warn you so you don’t feel quite as aggrieved at the site of it as I did. 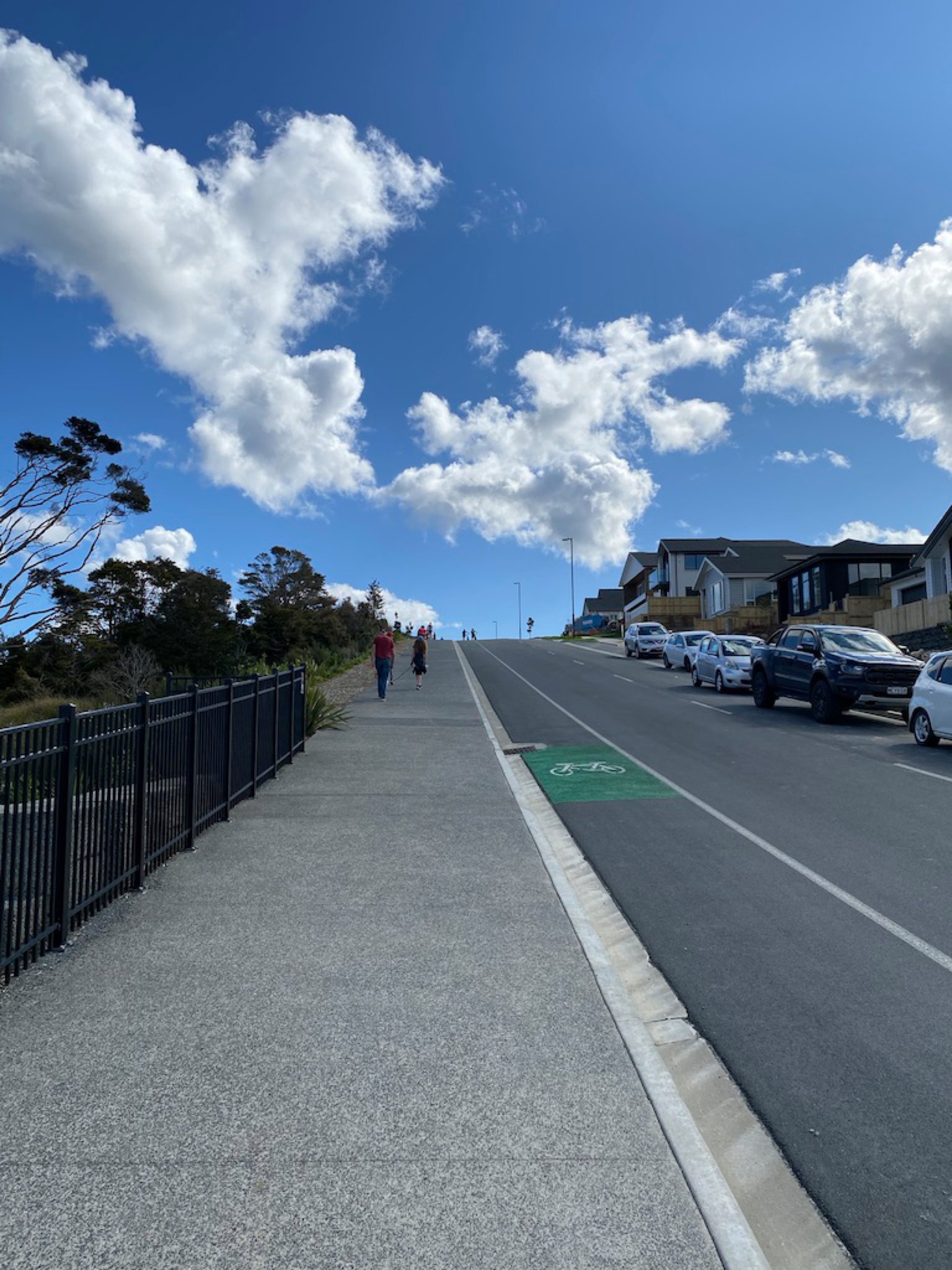 Aside from that one hill the track undulates around the twists and turns of Orewa Estuary past old, familiar landmarks from my childhood in Orewa to the new subdivisions that were only fields when I last lived there.

James opted out about half an hour in so it was just me and Kiki and we walked at a comfortable pace, talking all the way.  The whole walk took just under 2 hours and was pretty easy.  We liked it so much we came back two weeks later and went around again on our bikes. 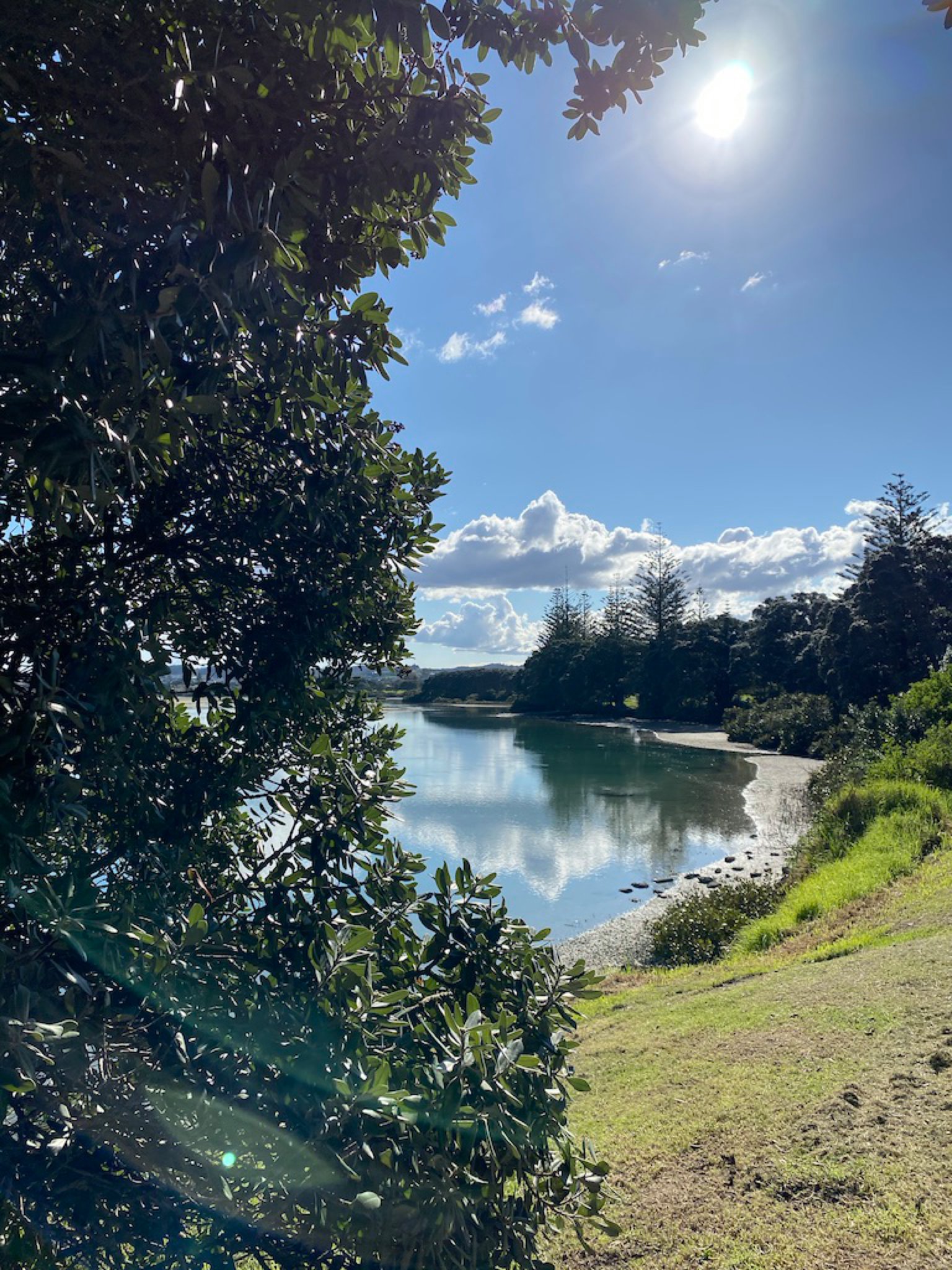 So here’s what you need to know….