Taranaki has been on my list of places to explore for as long as I can remember.  I’ve only ever been once before.  A quick drive in and out for a funeral 14 years ago but that little visit was enough to spark a real desire to go back and explore more.

The best way to explore any where is by driving so we incorporated Taranaki into the last leg of our central North Island road trip and spent a day making our way around the coast line of Taranaki before ending up in New Plymouth for the night.

Before we left home Paper Plus supplied us with an awesome book (one of their fantastic finds for Summer) – Lonely Planet’s NZ’s Best Trips which had as one of the 26 road trips an awesome road trip around Taranaki which is where we got most of our inspiration from.  The great thing about having a book is how interactive it is as opposed to searching on your phone.  James, me and the kids folded the pages of the places they wanted to see (and our youngest unfolded all the ones she didn’t want to go to) and it sat on our knees in the front and the map was pulled out, consulted, held up and passed around in the back with the kids.  You can pick up your own copy here.

Almost every Kiwi knows Patea from their claim to fame as home of the 1984 hit Poi E by the Patea Maori Club so it was high on my list of places to stop for that alone.

It is sadly one of the places on our trip that I wish we could have spent more time because it has a kind aura about it that begged to be discovered but we had children in various stages of meltdown (there’s always one point in the holiday) so we went through Patea relatively quickly but we did make our way down to Mana Bay which was a total highlight for me.

Black sand and rugged, complete with the remains of the shipwreck S.S Waitangi this beach and an ominous looking bar this beach was awe inspiring and made me glad I’d remembered my camera on this Summer holiday (tell me another photographer who forgets to bring her camera for 2 whole weeks of Summer holidays)

Driving into Hawera the first thing you notice is the 55 metre water tower rising up in the middle of the town.  Intrigued we set about finding out more about this.  No maps for this one – we just followed our nose and in no time at all we arrived at the tower.

I love towers and went and had a look to see how close we could get.  To our delight we saw that we could get access to the tower for a small fee ($6 for the 5 of us!!).

I went into the information centre and they literally handed us the key to the tower – how cool is that!

There are 215 steps up the tower which we covered in record time to get to the top and enjoy the 360 degree views over Hawera.  We completely ignored the warning on the door that said it involved strenuous activity and James and I had sore legs for days (yes, we’re pretty unfit).

Peppered on the way up is loads of information about the tower and the local area and on a clear day you will get views right out to Mount Egmont.

For us on our trip to Taranaki the clouds stubbornly hugged the sides of the mountain for the whole time we were there so we didn’t quite get the clear view we hoped for, but spectacular none the less.

After spotting this in the book this was a must visit for me!

As it turns out the sign post is pretty small for this so the first time we drove straight past and ended up going down another road further up and finding a lighthouse museum with a much bigger sign!  Quick U turn (of oh, about 8km so really look out for that street sign) and we were back on track.

It’s a much photographed lighthouse and we arrived on a cloudy, overcast day so there were no view of the mountain, no stunning sunset, just a lot of flat grey light so I’m afraid that my photos won’t be winning any competitions but it was a stunning location.

Out on the rugged west coast, littered with ship wrecks, sending out a beacon since 1881.

As we travelled through this spectacularly rugged section of New Zealand’s coast line I felt like there were just a few things that I wanted to see but talking to James later he said that my catch cry through out the day was “there’s just one thing I really want to see” – about 5 times a day.  Oops.

The shipwreck of the SS Gairloch was one that we first read about in our now much thumbed through copy of Lonely Planet’s NZ’s Best Trips which we very kindly got from Paper Plus so it was also on my one thing I really have to see list.

The drive down to the Ōakura beach is on a dirt road through a private farm (with some electric fences to open that involved some pretty hilarious stories involving a whole lot of cow poo that James reckons he’s writing a blog post about) before coming out on a desolate, vast beach.

The wreckage of the SS Gairloch, which ran ashore in a storm 114 years ago is spread in two places.  The first is on the shore line and a quick google search shows this much photographed relic in many different lights.

Further out to sea is the boiler and a carcass resembling whale bones emerging from the sea.  We were lucky enough to arrive at low tide so were able to make our way out to the rest of the wreck further out at sea.  It was slow going and two of our three girls chose to wait on the beach rather than pick their way slowly across the rocks.

Last stop, and essential on any trip to Taranaki was New Plymouth where we stayed for the night.

You can read more about our adventures in New Plymouth at the Festival of Lights at Pukekura Park, the Coastal Walkway, dinner at The Social Kitchen and some pretty amazing tunnels on the way home here. 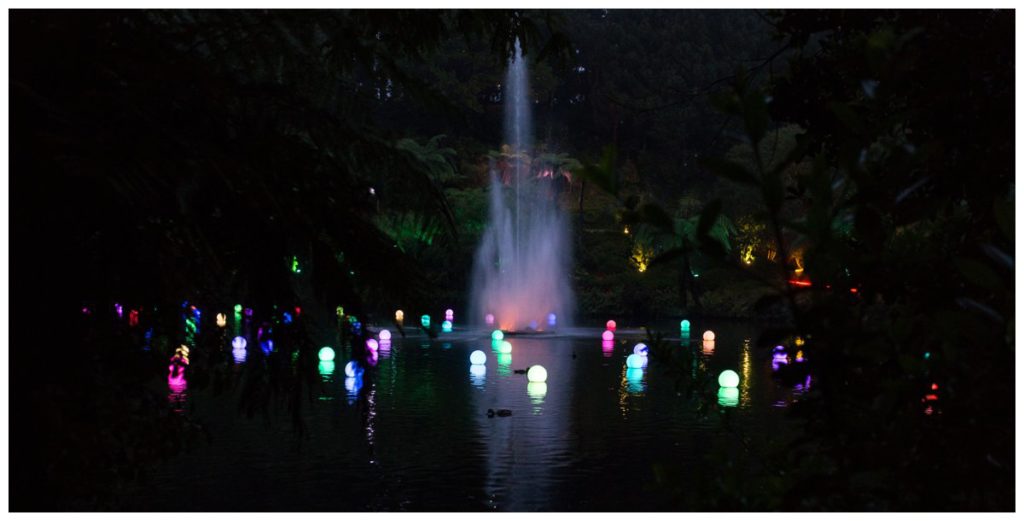