Kerikeri was James choice for our 5th night away on our Northland trip.  Primarily he wanted a chance to hang out with his Kerikeri family but in between catching up with all of them we managed to explore a bit of Kerikeri too and finally find the elusive Charlie’s Rock…

Despite being a regular visitor to family in Kerikeri, Charlie’s Rock has eluded James for some 40 years.

He blames it on the vague instructions that locals often give with a wave of the hand down that way and the access up until recently has been pretty hard to find.  He scoured the lengths of the river to no avail.  This time though he had me and my super googling skills!  Turns out it’s still pretty hard to find but luckily Backpackers Guide had some pretty good directions and we finally found the entrance next to the croquet club on Landing Road.  We even took some pictures for you to make it super easy… 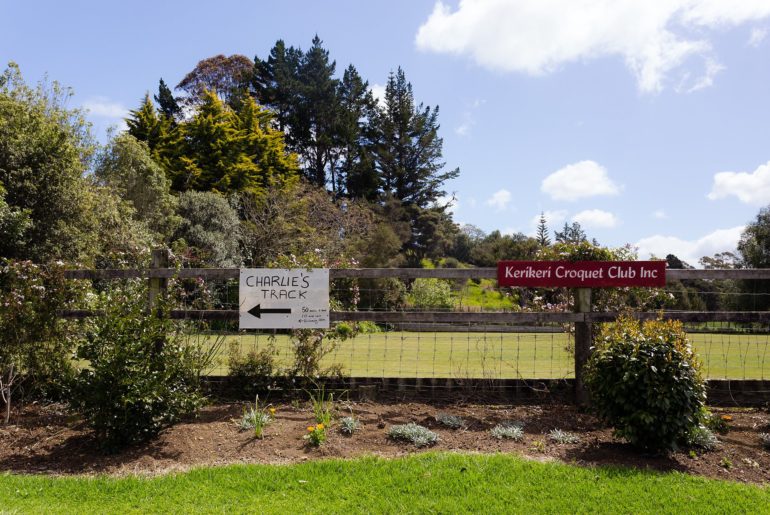 We went in early October which had the locals thinking we were mad for swimming at that time of year.  On the plus side this meant we had it to ourselves most of the time we were there.

Even the path to Charlie’s Rock is awesome.  It winds around through wild flowers and jasmine, following a rambling stream.  It’s a mostly easy walk with a few muddy bits and mixed terrain (a few rocks to jump over and hills to scramble up).  Definitely no pushchairs or wheelchairs. 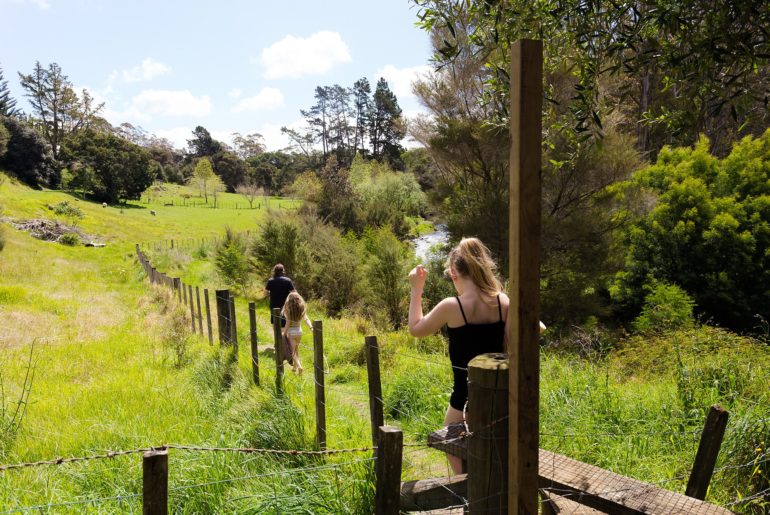 The kids loved the path and happily raced along it with James with me lagging behind to take photos along the way. 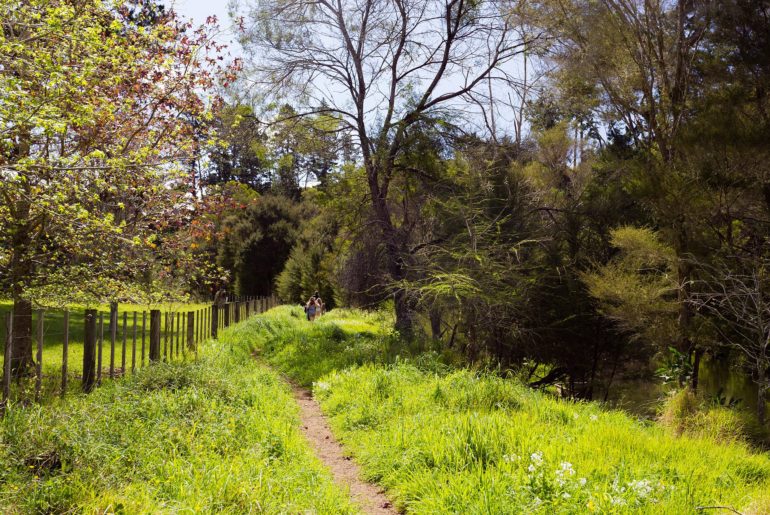 At the end of course is Charlie’s Rock – a waterfall spilling down over large rocks into a huge waterhole. 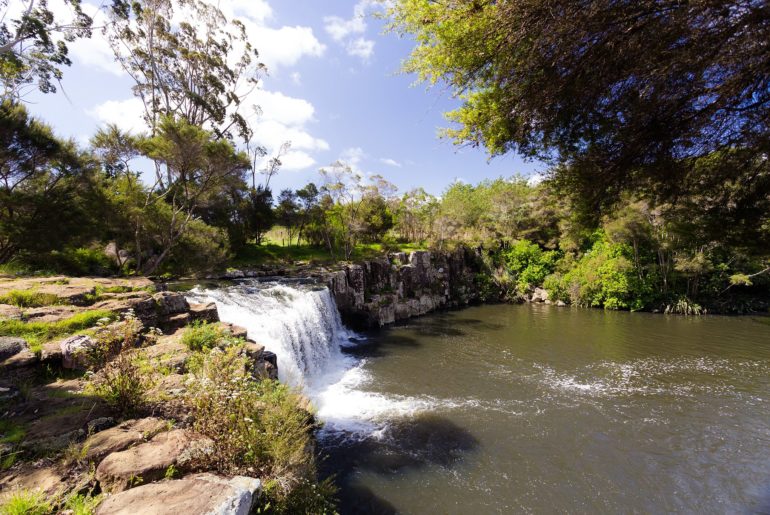 James had waited years for this moment so after checking with a few locals on which was the best place to jump he jumped off the top rock and into the water below. 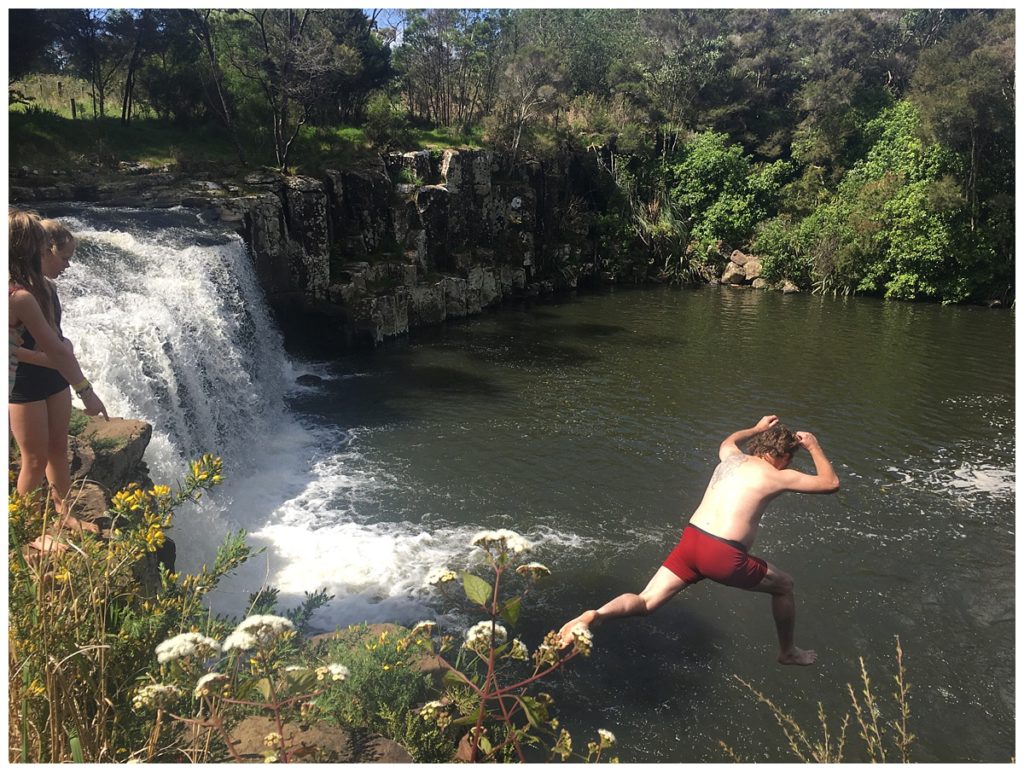 After he had checked it out the kids jumped off lower down rocks into the water. 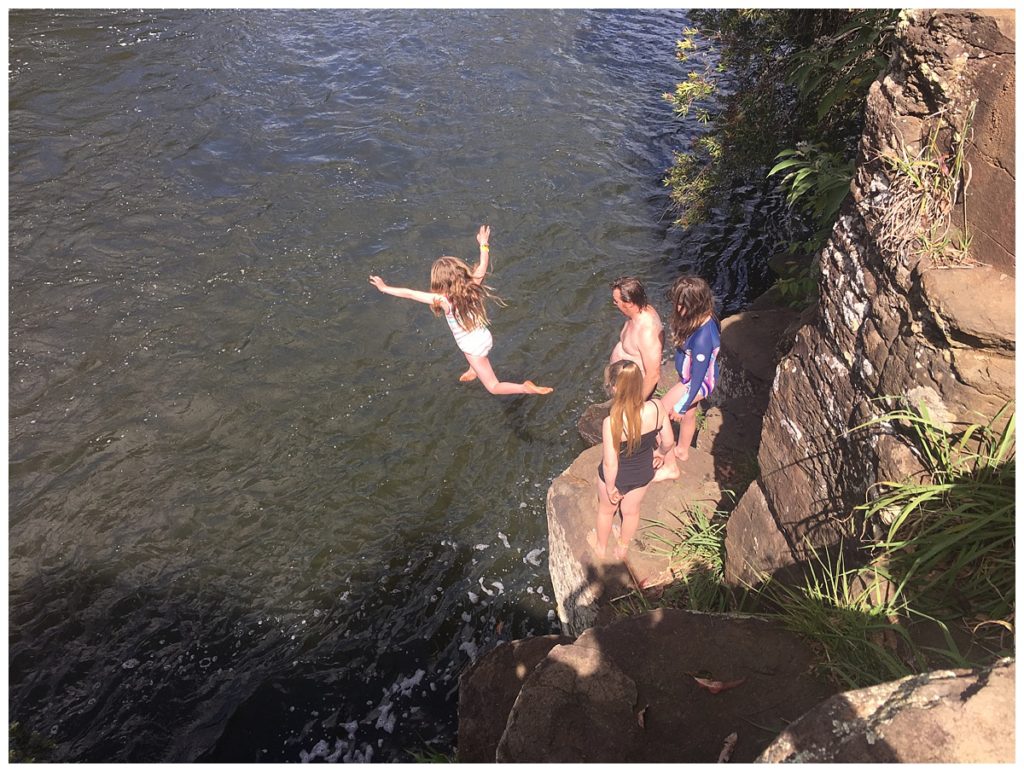 I climbed in from the bottom and swum up.  I’ve got to hand it to the locals – it was pretty glacial in October but so much fun.

So all the kids want to say a big thanks to Jessica over on the Getting Lost Facebook page for suggesting this one!

Anything with chocolate in it has the vote of me and the kids and here you not only get to see the chocolate being made but also get to try a few of the chocolates. 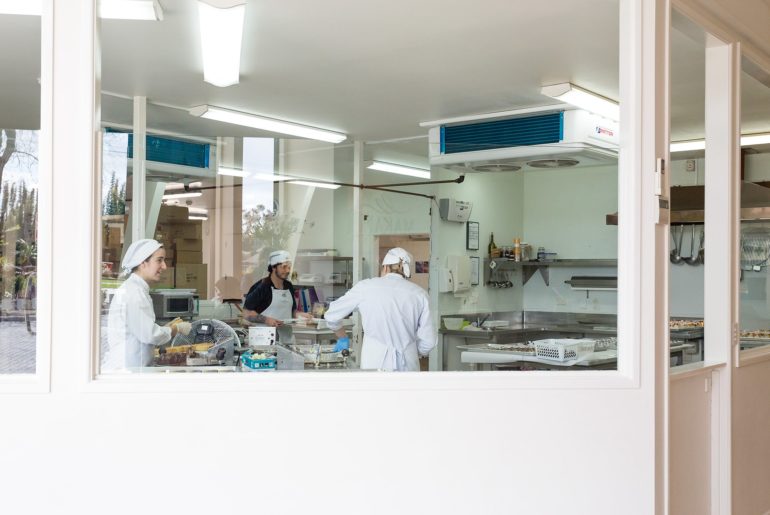 The kids will burn through their pocket money pretty fast here with most boxes around the $20 mark so the best value at the cafe next door with individual chocolates sold there. 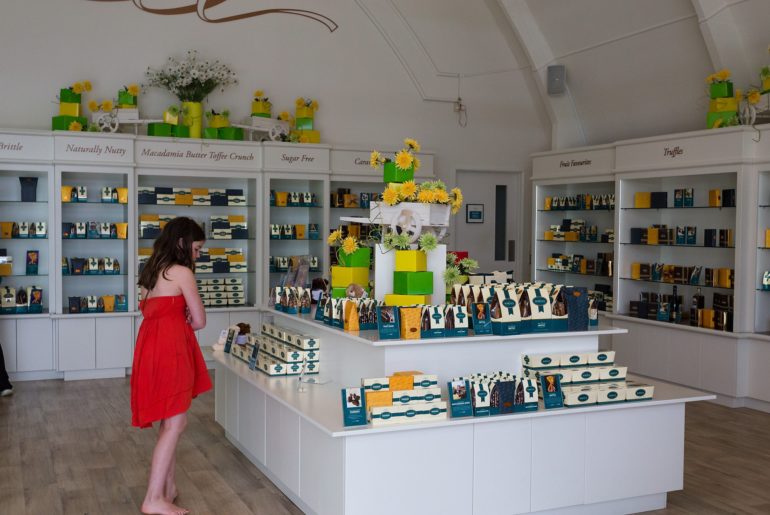 No trip to Kerikeri would be complete without visiting the historic Stone Store.  Built in 1836 it predates the Treaty of Waitangi. 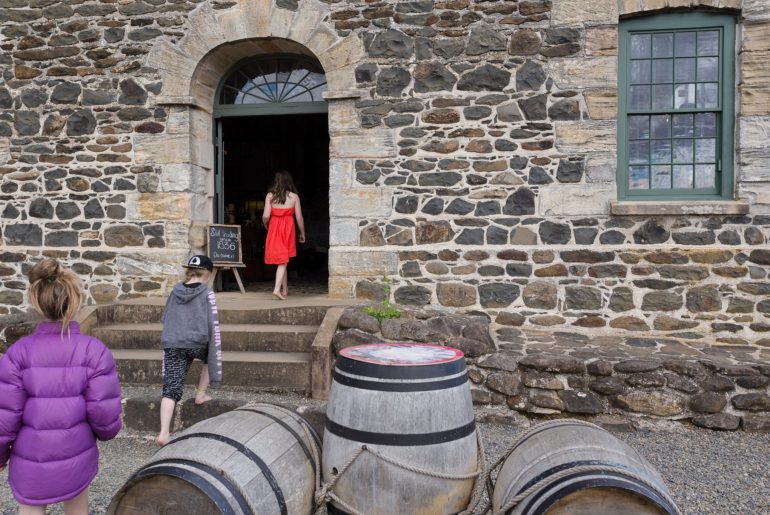 Downstairs it has a great Kiwiana store filled with all sorts of great things that we grew up with. 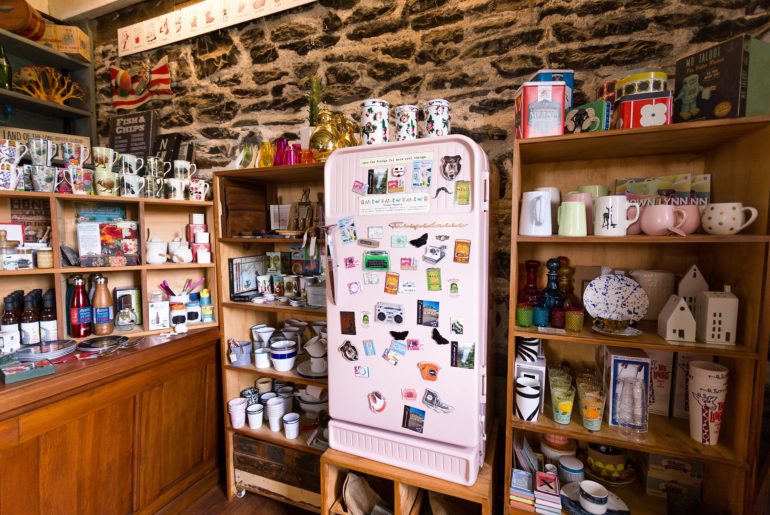 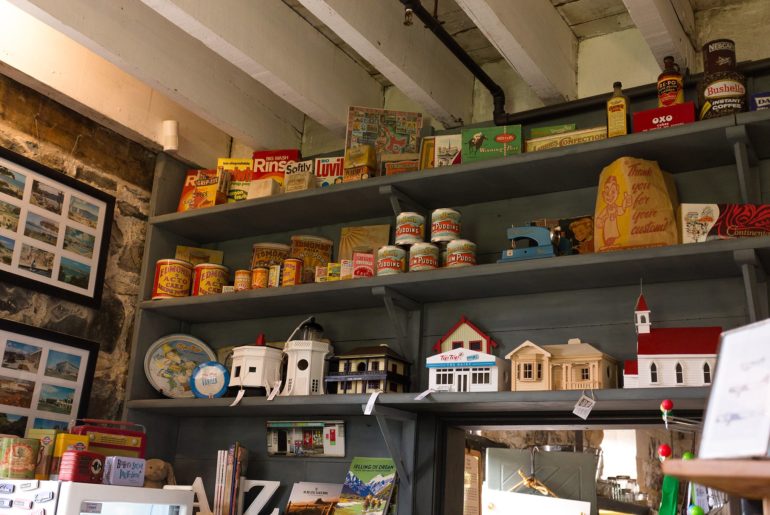 Upstairs is a museum with a small $8 entry fee (kids are free) with loads of history to explore and brilliant views out of the windows. 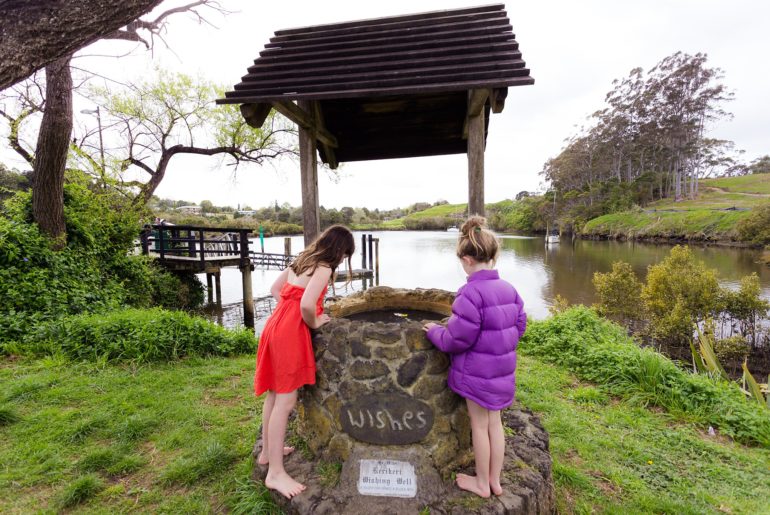 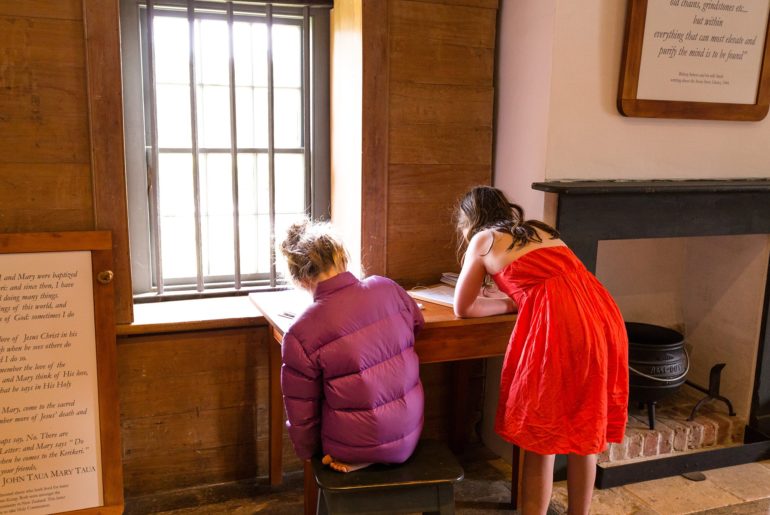 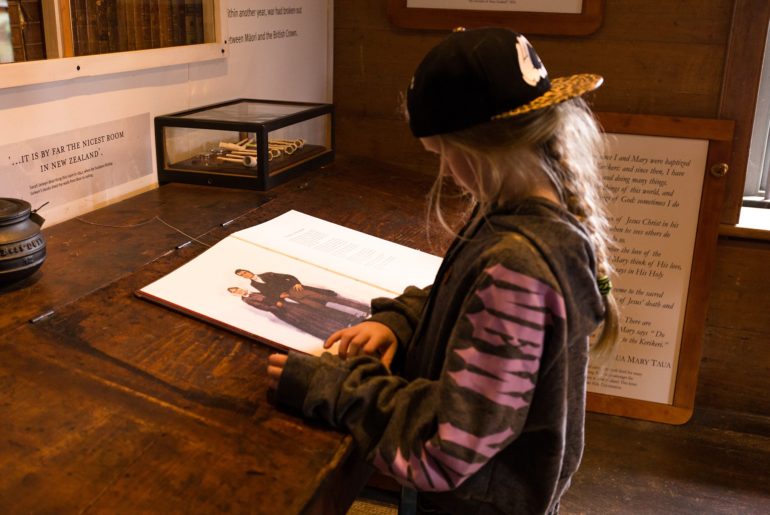 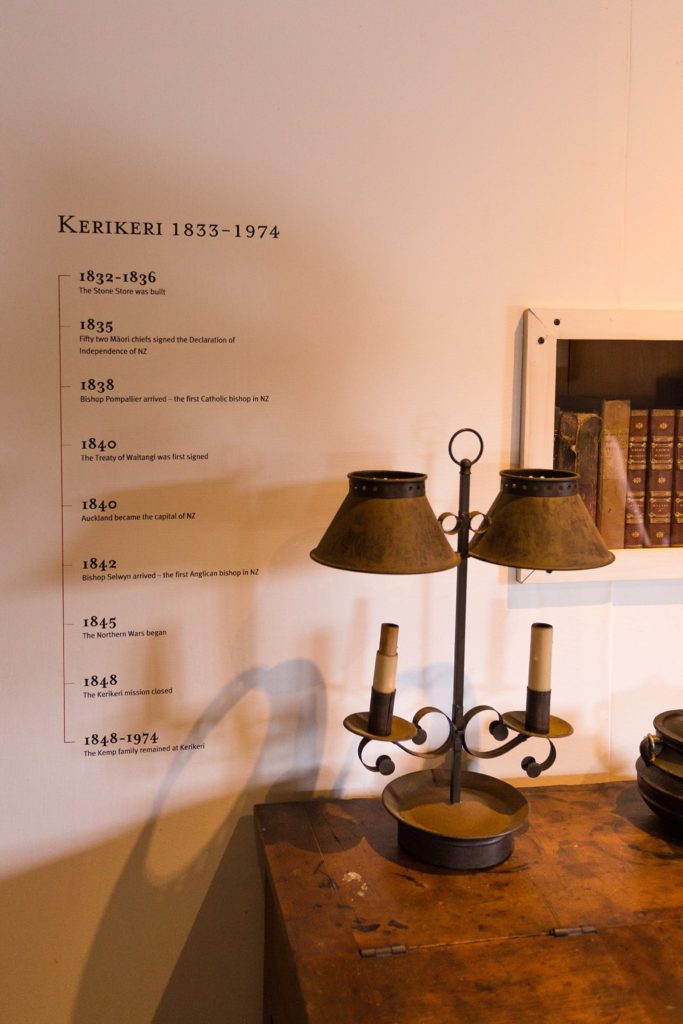 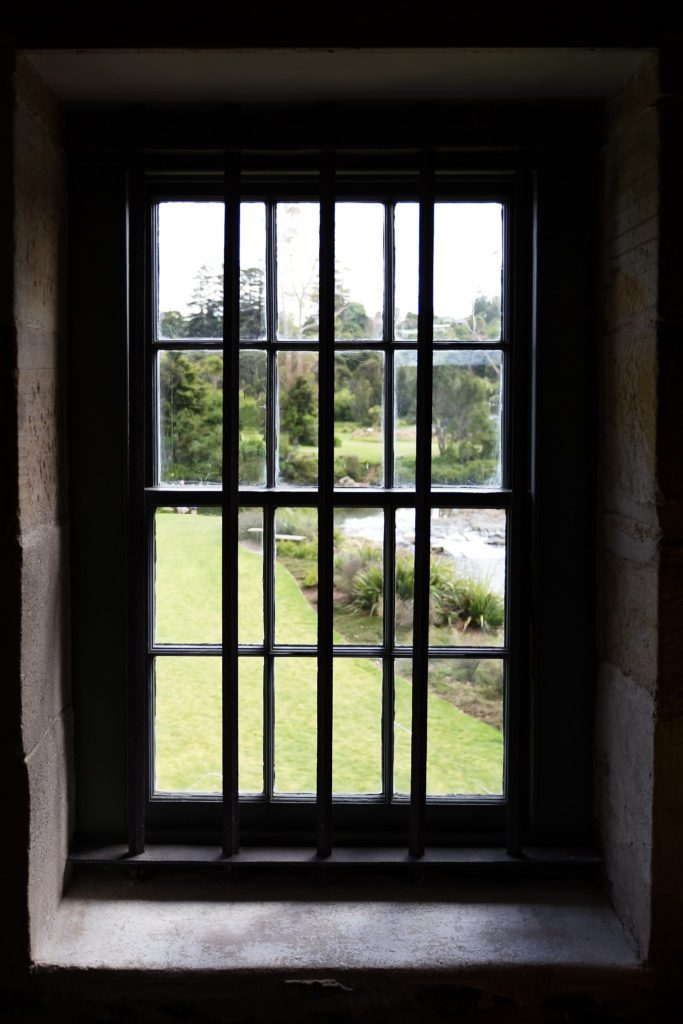