The Rakaia Gorge is located about an hour out of Christchurch and it is absolutely worth venturing out of the city to see.

The bridge that crosses the river was built in 1882 and connects the towns of Methven and Glentunnel across the Rakaia River. 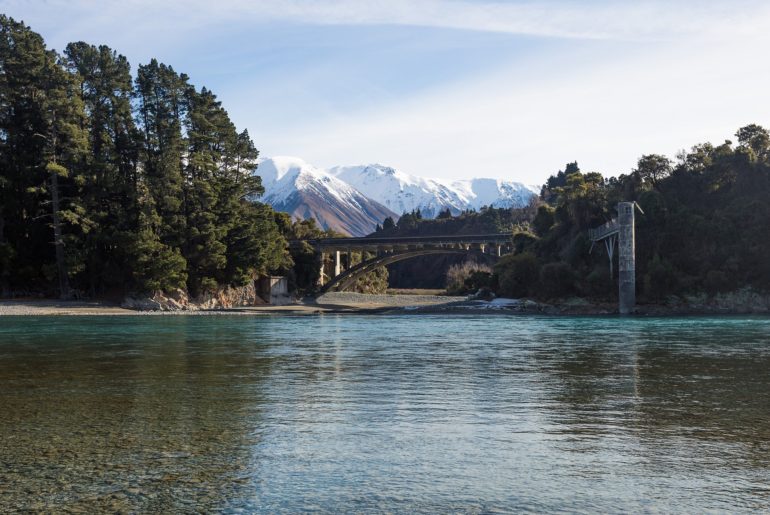 This braided river winds over some 150km and is it’s aquamarine ice cold waters will take your breath away.  Quite literally James tells me as he and his mates used to drive out there after a long day of work in Summer and jump from the shore further up and let the current carry them down to the beach further down. 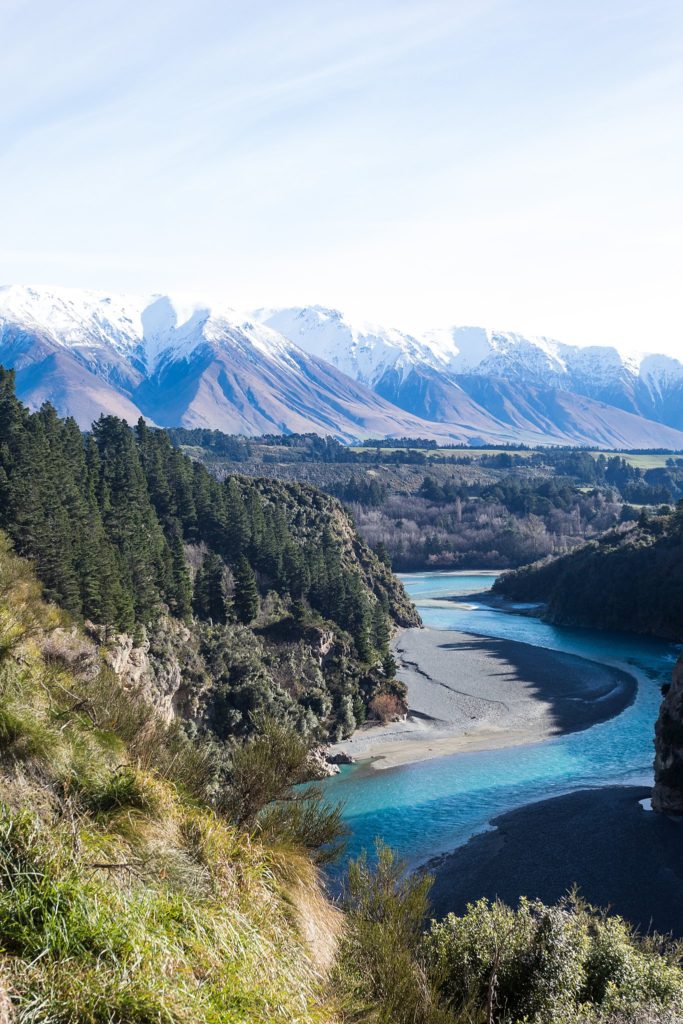 The day that we were there the beach was still covered in ice despite the sun that had appeared.  Much of the Rakaia Gorge remained covered in ice from the minus 3 degree start to the morning.  Every time we go away without the kids we try to bring them back a little piece of somewhere we went.  So this time James and I combed the beach for 3 perfect smooth little Rakaia stones. 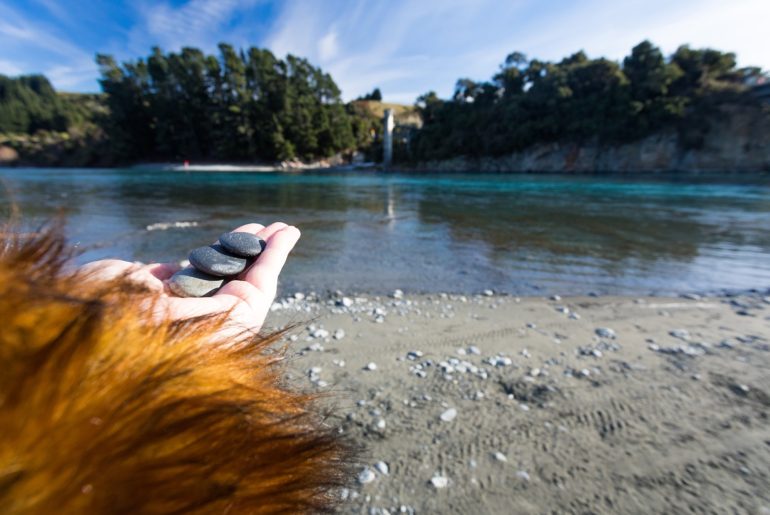 It’s something my Dad did when I was little and I remember walking around with a little stone from Greymouth all day and feeling like it was more special than anything he could have bought me because he went out and found it for me instead.  Of course our kids just said where’s our real present.  But maybe one day they’ll value those little trinkets.

There are many walks around the Rakaia Gorge but with only a day to explore James and I stuck to just walking up to the lookout point which really is a must do.  It’s a 200m steep path but the views make up it!  We saw so many people stop at the parking bay, have a quick look out and then drive away without making the walk up and it’s such a shame not to do it. 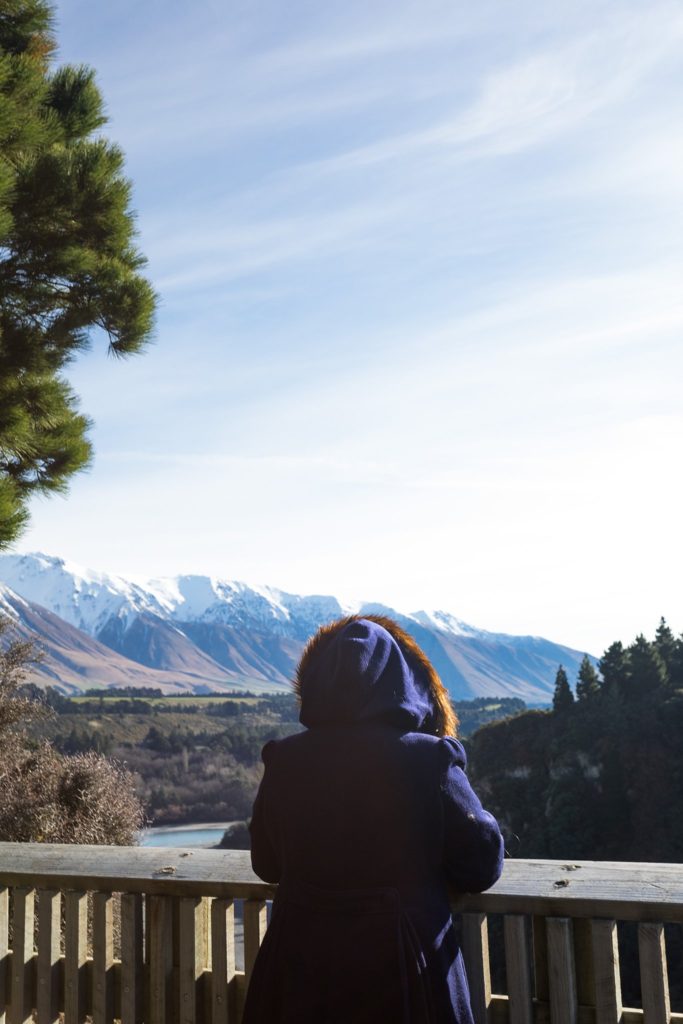 Behind the Rakaia Gorge is the snow covered Mount Hutt – the closest we got to the snow on this trip and quite awe inspiring.