My favourite poem is Robert Frost’s Road Less Travelled.  In fact this blog was almost called The Untravelled Road, until we settled on Getting Lost and well, the rest is history.

The Auckland to Wellington drive is a well trodden one for me – having spent much of my 20’s in Wellington with family in Auckland and the reverse in my 30’s.

I reckon you can approach trips in one of two ways.  You can focus on the destination – do what ever you can to get there as quick as you possibly can.  Or you can treat the destination as only one part of your holiday with the journey being every bit as much of the holiday as where you end up.  It probably won’t surprise you to know that I choose the later.

It’s probably for that reason that I’ve always loved the drive from Auckland to Wellington.  From my first drive down with my Dad following behind with all my worldly belongings in a trailer.  To girls trips packed into my Mazda 323 – maybe with the odd hitch hiker.  To sniffing as I left behind my first home to move back to Auckland to the tune of “Believe it or Not”. To driving my babies down for the first time to see their grandparents.  To being snowed in, oblivious to the storm around us because there was no phone reception anyway.

Even though I’ve driven it countless times I always find at least one new place on my travels, as well as my favourites that I always look out for.

In January we decided to not only make the drive from Auckland to Wellington, but to continue along the scenic route by taking Interislander across to Picton and continuing our exploration there. 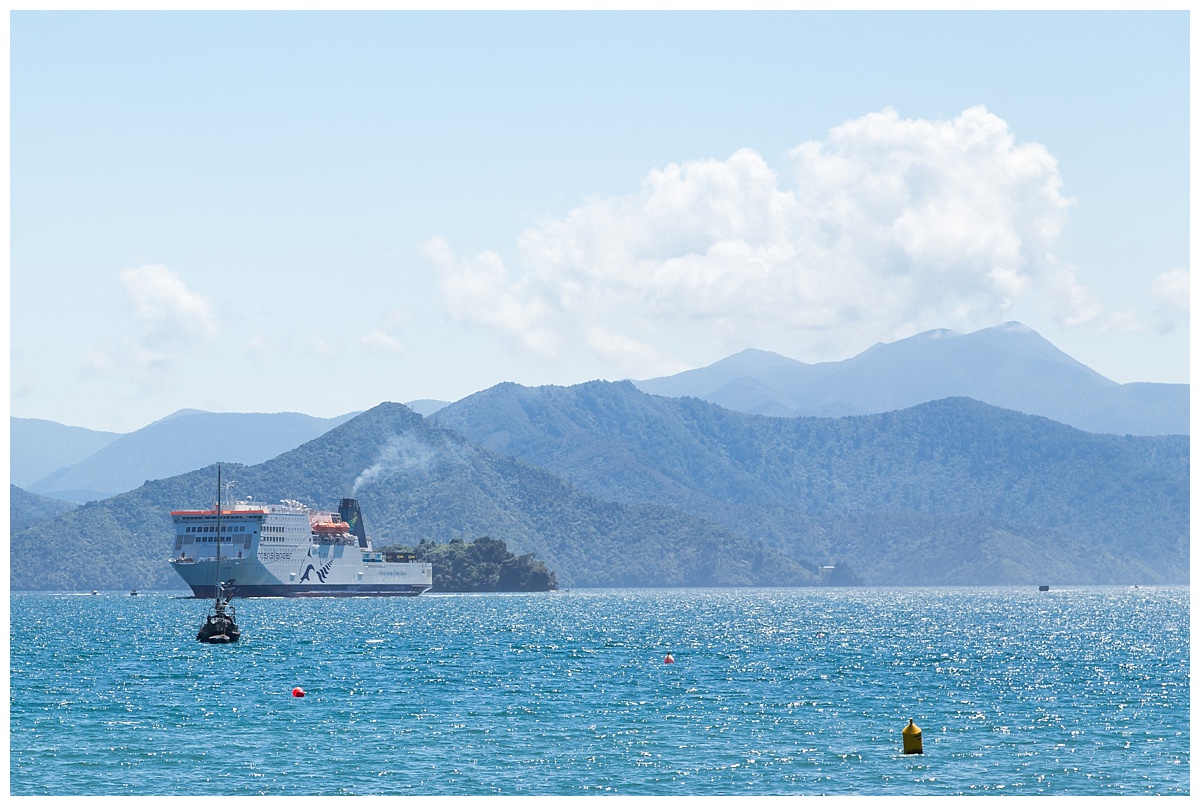 So I thought I’d give you the low down on the two different routes you can take and some of the highlights along the way….

This is what I like to call the rookie route.  It’s the impossible to get lost (even though there is the now fairly famous quarantine sisters who managed to do just this but they hadn’t got on the motorway yet!)

The pro’s – it’s well maintained, easily signposted with loads of family friendly stops on the way.

The downside is that it’s also the main trunk route so loads of trucks.  And because it’s easy, loads of cars too. 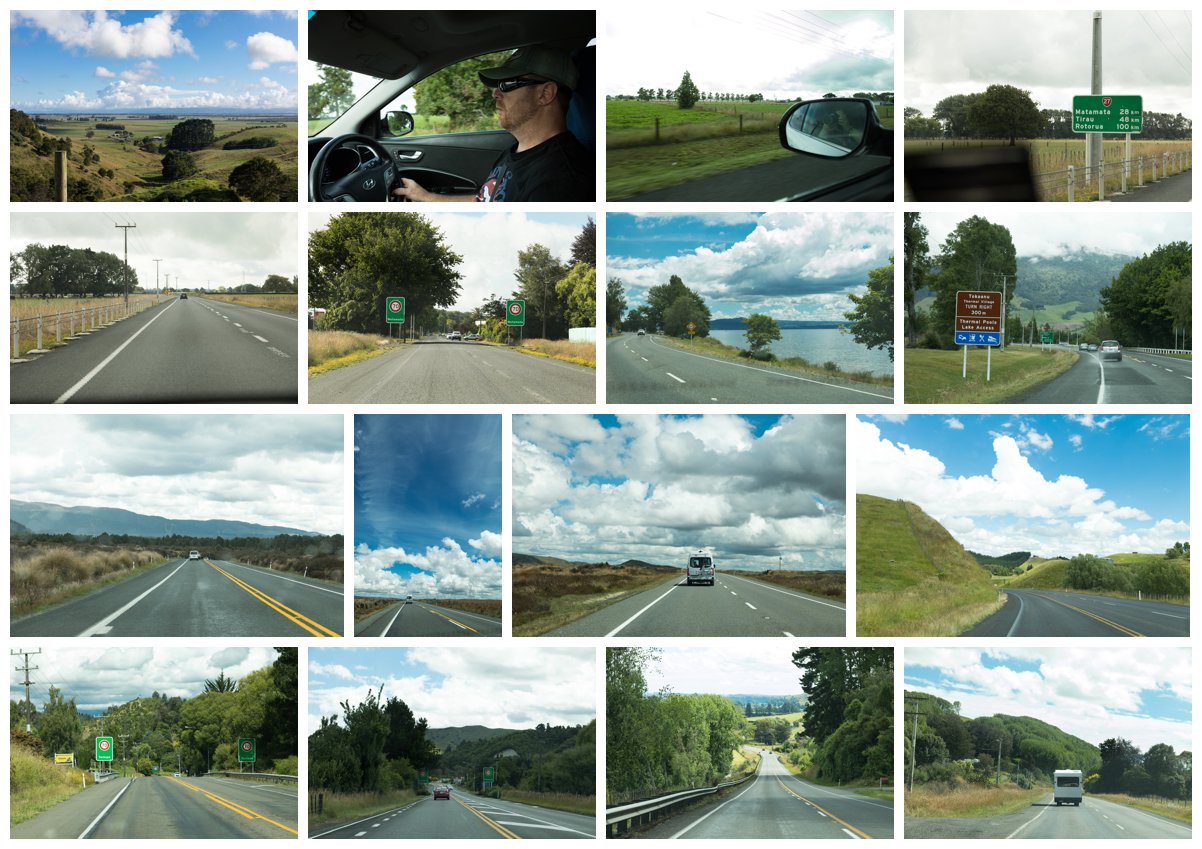 You’ll travel through lots of small towns – excellent for exploring but bad for speeding tickets if you don’t keep your eye on the changing limits.

My favourite stops along the way…

First up – Matamata (actually this this is diverting off the SH1).

My Grandma grew up in Matamata and we used to camp at Hot Opal Springs when I was a kid so it has always had a special spot in my heart.  With the growth of the town as the home of Hobbiton it’s also seen an explosion in great places to eat so it’s a worthy breakfast stop!

If you are strictly sticking to SH1 then it is well worth pulling off at Hamilton for a bit of an explore of the Hamilton Gardens.  They are truly sensational and well worth a stop for an hour or two. 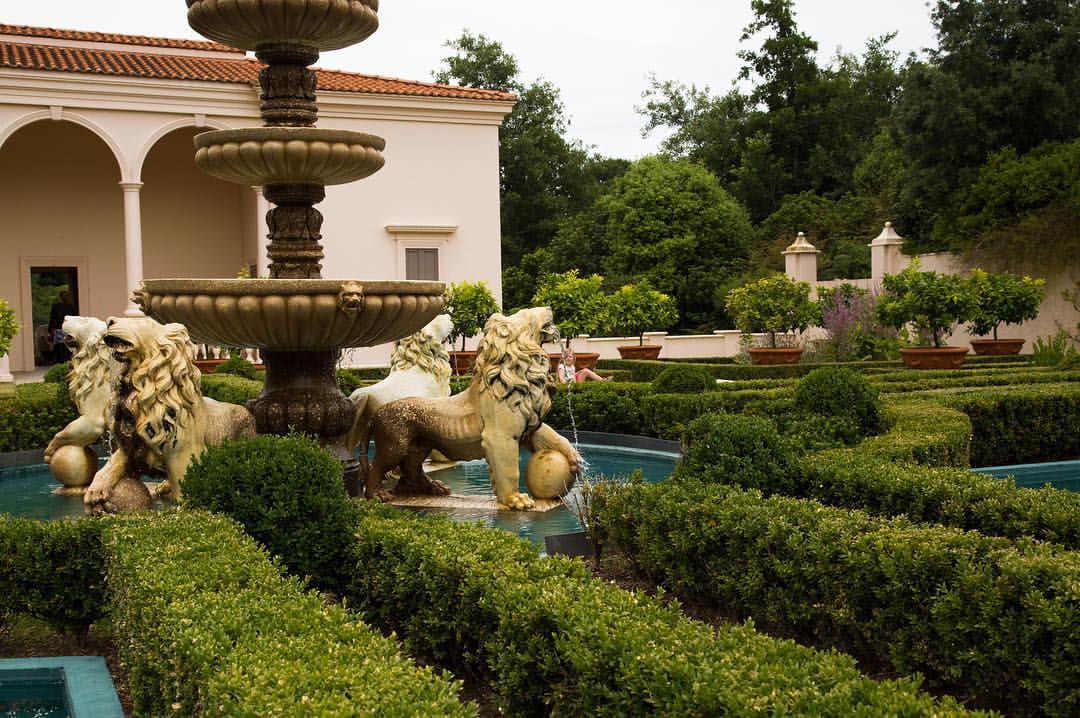 Next up is Taupo.  If it’s Summer make a beeline for that lake and get yourself in there.

Even though I’ve stopped in Taupo so many times there is always something new that I find – this time I found this amazing view (but I wasn’t brave enough to bungy jump!) 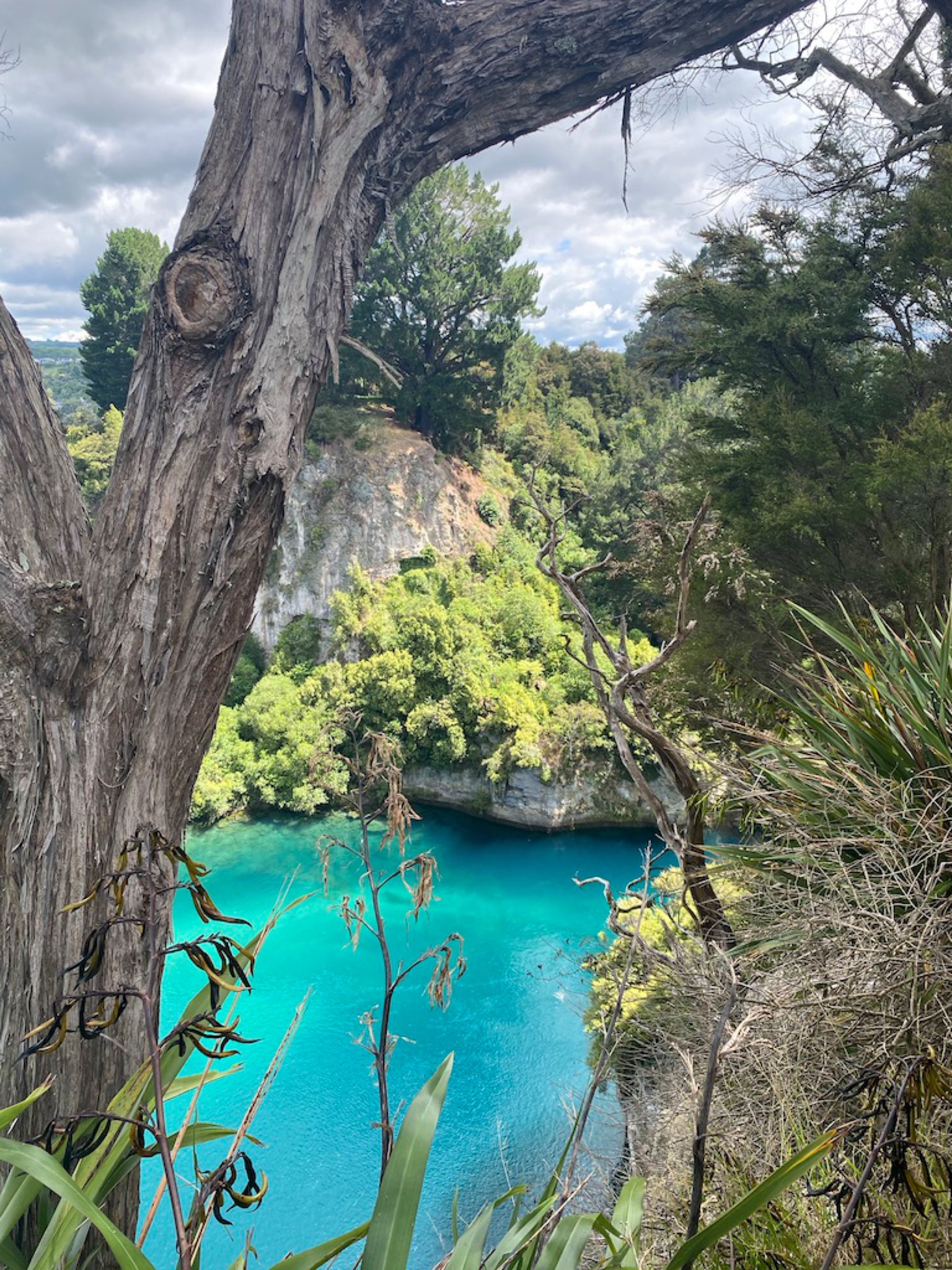 Again – you are spoilt for choice when it comes to places to eat – there’s gelato by the lake and loads of yummy cafes.  We went to Spoon and Paddle this time which was awesome.

We’ve written so much about our favourite spots in Taupo which you can read over here if you want more inspiration or a longer stay.

From there you are on to the Desert Road.  It’s ever changing with the seasons – look out for wild horses, views of the mountain and just the feeling of being over 1,000 metres above sea level.

Coming out of the Desert Road is the obligatory stop for ice cream and toilets at Taihape and then you are a fairly easy run to Wellington. 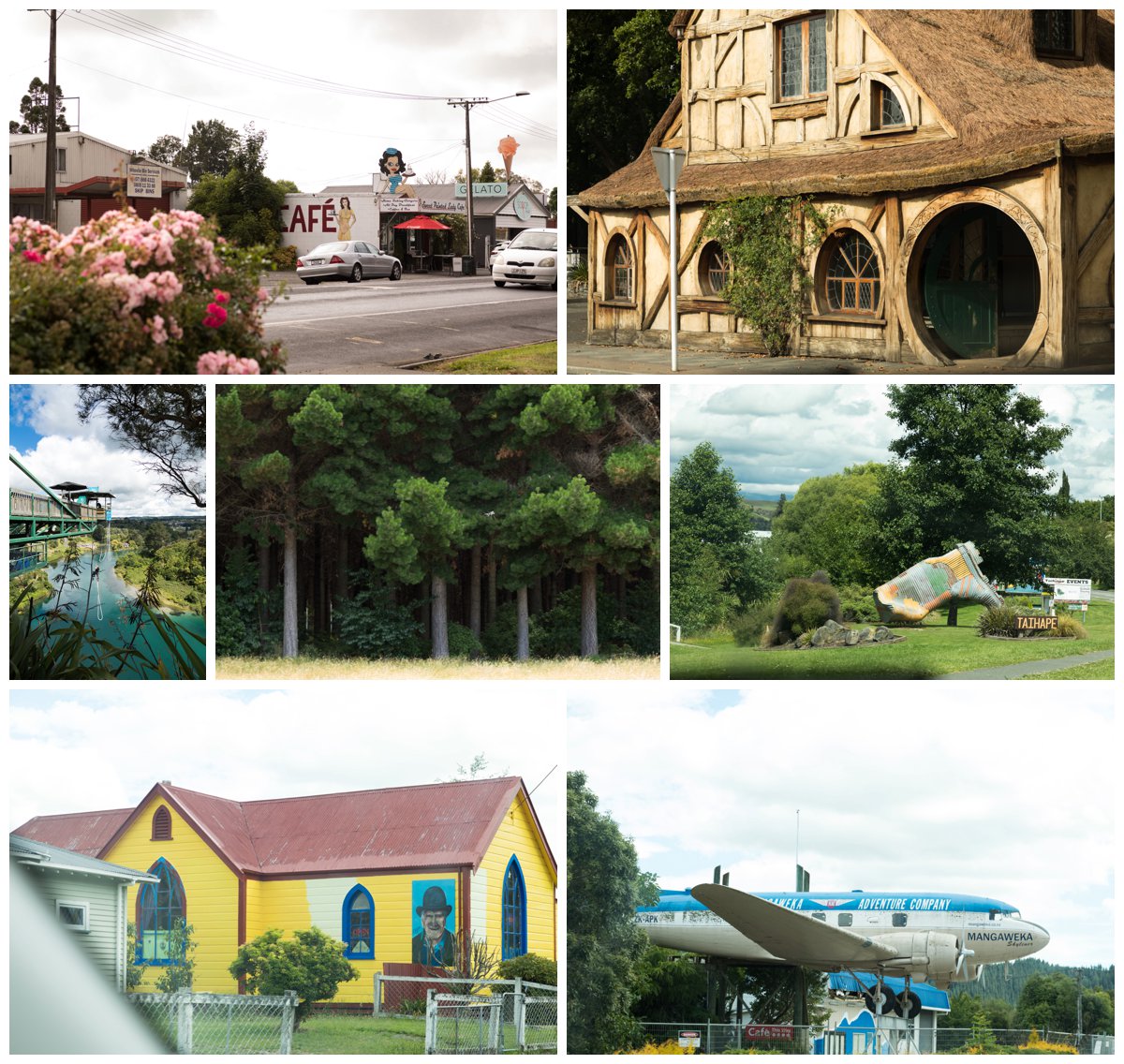 A tip here is to make your stop about an hour out of Wellington instead of trying to make it right through on the first day.

There are three reasons for this.  First, the last hour is long – especially if you hit peak traffic.  And secondly, accomodation is much cheaper (and for us with a family of 5 much more options than there are in Wellington.  And thirdly, there are so many awesome things to do around here.

On the way down we stayed at Wrights by the Sea in Paraparaumu and got to watch the most amazing sunset over Kapiti Island where we were almost alone on the beach. 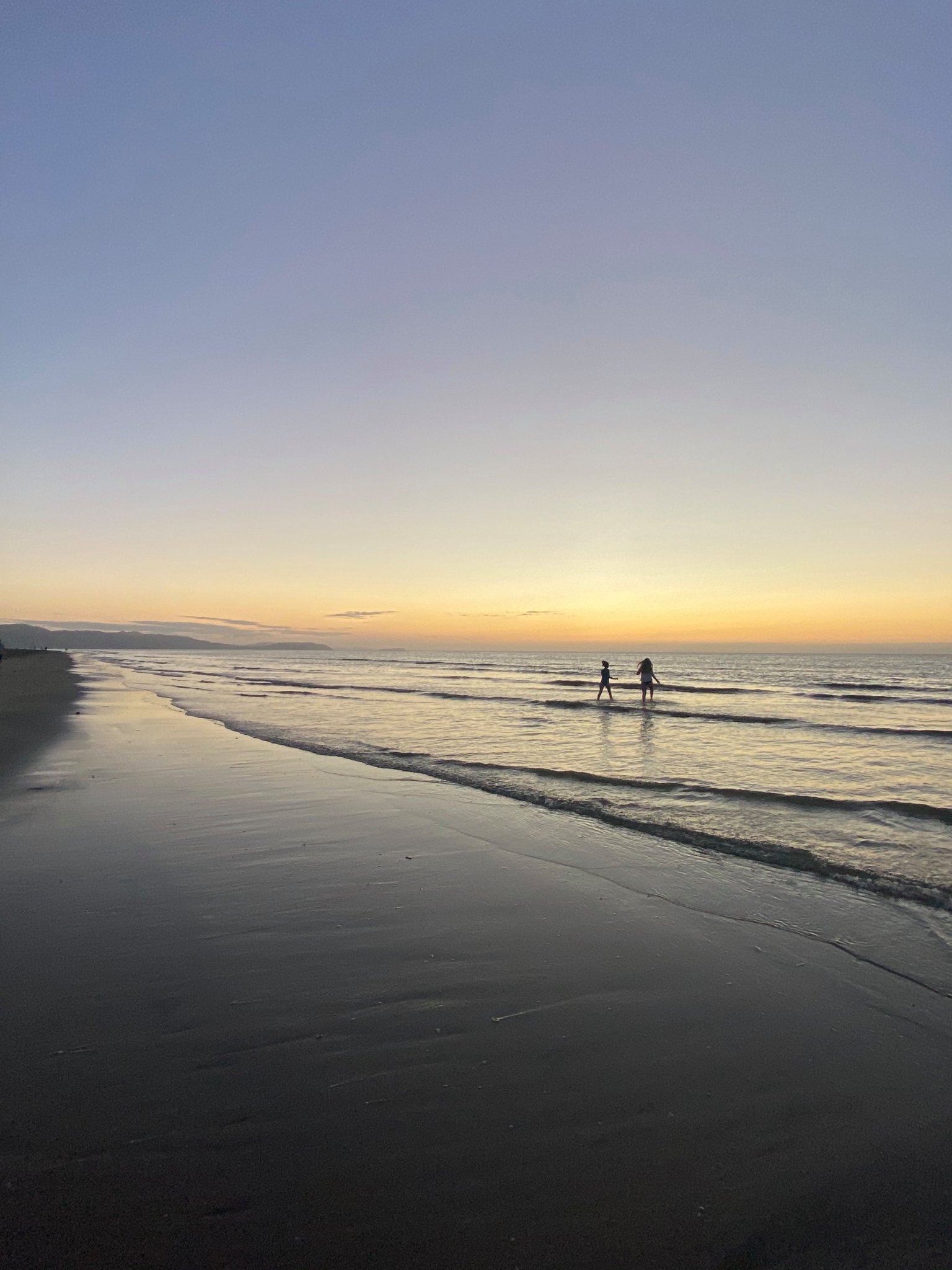 And on the way back we stayed at Quiet and Cosy – an awesome little B&B in Waikanae with great prices and lovely owners.

This meant we could explore the factory shops and markets in Otaki on Saturday morning and have a supper yummy breakfast at the awesome River Cottage Cafe – an old converted stable at Otaki.

This is the insiders route.  According to Google Maps it is 12 minutes longer going this way, which for an 8 hour trip is really loose change.  But the fans of this route will tell you that because of the lack of trucks and cars to get stuck behind it is actually much quicker.

You’ll pass tumble down farm cottages, wind through spiral roads, through gorges, up mountains, past rivers, endless rolling fields and past the site of the tragic Tangiwai Rail Disaster of 1953 where 151 people lost their lives.

The Christmas Eve disaster is such a moving event that every time we go past we end up talking about it for a good half an hour.  What it must have been like in that deserted space, what has changed now and just generally thinking how lucky we were not to be on that train.

The downside for going this way is also what makes it great.  Cafe’s and restaurants are few and far, and to the kids horror there is no cell phone coverage for big chunks of the journey.

The highlights or me on this trip were The Chateau Tongariro where we stayed the night, stopping in at Palmerston North to see my Dad (sorry this one’s not open to the public). 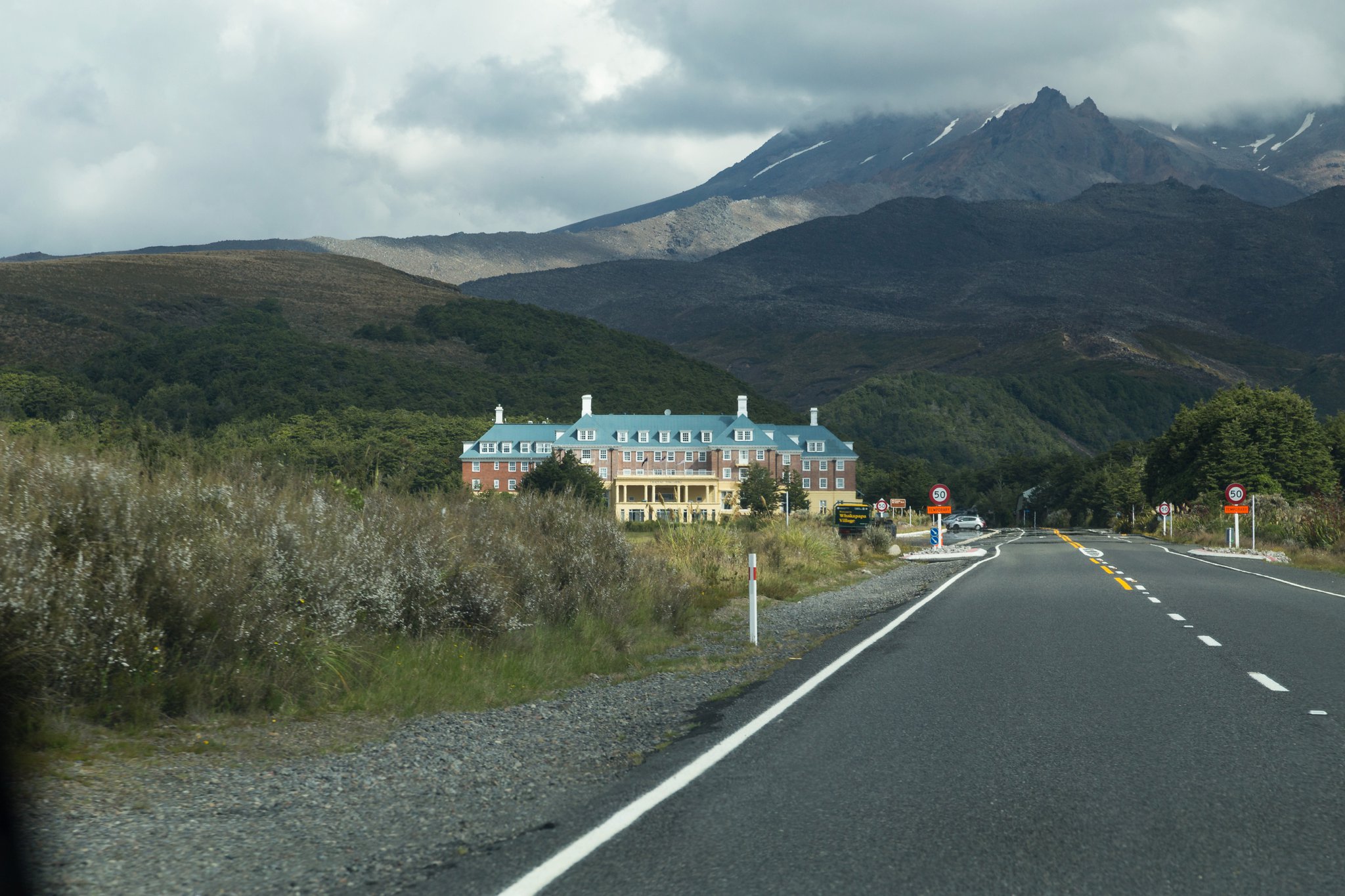 We had an unexpected find in Te Kuiti where they have a great Cafe on one side of the road and Shoppington on the other – a great gift shop, loads of water features and an amazing kids shop.  Well worth a half hour stop there!

Regardless of the route you take it’s well worth taking the time to drive to Wellington instead of flying – especially if you plan to jump on Interislander and explore a bit of the South Island too.