We well and truly caught the snorkelling bug in the Poor Knights. So when we saw that EMR were going out Motutapu for a day snorkelling (for just $25 per person including the ferry) we jumped at the chance!

I’d also fallen a bit in love with this area when I’d been exploring Rangitoto Island the previous week (which is joined to Motutapu by a causeway) so it was an extra reason to say yes.

We had an early start for a Saturday morning at 7.30.  It was a beautiful Auckland day – not a cloud in the sky, the water flat, sunlight glinting off the water.

Despite the early start the ferry terminal was heaving.  Once we were out on the water Fullers catamarans seem to be as present as buses around the city streets.

It’s my second time visiting an island in Auckland’s harbour in as many weeks. I’m struck by just how much of Auckland I haven’t explored.

If I weren’t too busy staring at everything flying past me out the window I’d be searching my next island destination already.

Going to Motutapu is really special with only a handful of sailings on select Sunday’s in Summer.

What I really liked about Motutapu is you have the option to be really adventurous and active, or just laze about and swim at Home Bay.  Well you would if you weren’t part of a group heading over the hill to snorkel!

We were going for adventurous today and heading up and over the island to Administration Bay.  I reckon it was payback for me cheating my way up Rangitoto but man, that hill is long in the sun!!

The way back is definitely much shorter (and steeper) up hill – definitely preferable.  The guides say it’s a 45 minute walk but we (me and two children) took over an hour.

I have to say I really did love the hour we spent relaxing at Home Bay when we got back.  It would be an amazing spot to bring a picnic over and spend a day at the beach.

We also missed having a tour guide on this island trip so I had to rely on a bit of googling that told me that Motutapu had been home firstly to the Maori who witnessed Rangitoto rise from the sea.  And more recently played host to Victorian picnic parties with guest lists north of 10,000 people and also as a military base in World War 2.

On the later you can do a bit of exploring of the old military structures which we did on the way back from snorkelling.

We settled in for a while to have a picnic lunch up the top and take in those amazing views.

Okay, finally I’m getting to the snorkelling!  We have definitely caught the snorkelling bug after visiting The Poor Knights.  There is just a whole other world under the sea that is just amazing. It’s just so calming swimming around and observing it all.

We went with EMR, who are an organisation who focus on marine education and conservation by getting people in the water and seeing for themselves the amazing things that lay under the water that we need to protect.  They run loads of snorkelling events that are super affordable and provide all the gear you need.  The instructors are awesome too. Ours had dived all around the world and had the kids enthralled with tales of some of the sharks she had dived with.

We snorkelled in Administration Bay (a no take zone on the island). I was amazed at how quickly we were surrounded by fish and how friendly they were.  Are they always there bobbing around my feet and I just didn’t know it?

After not taking the Go Pro to the Poor Knights (rookie fail) we made sure to take it this time.  The kids had a great time not only recording the world under the sea but making Tik Tok’s under the sea too.

All up it was an epic day that didn’t cost a fortune, burnt off some serious calories and taught us all something new.

Bring loads of food and water. Unless you strike it lucky and the Homestead is open at Home Bay there is no where on the island to buy food or get drinking water.

There is one toilet and it’s at Home Bay.  Miss it (like we did) and you’ll need to make some strategic choices about where you pee. Tthat is another story I won’t share here but unfortunately may have been witnessed by 10 or so stragglers we didn’t know were coming around the corner still.

The way over to Administration Bay is way longer than the way back.  It’s a short, steep walk on the way back and then gloriously long down hill. 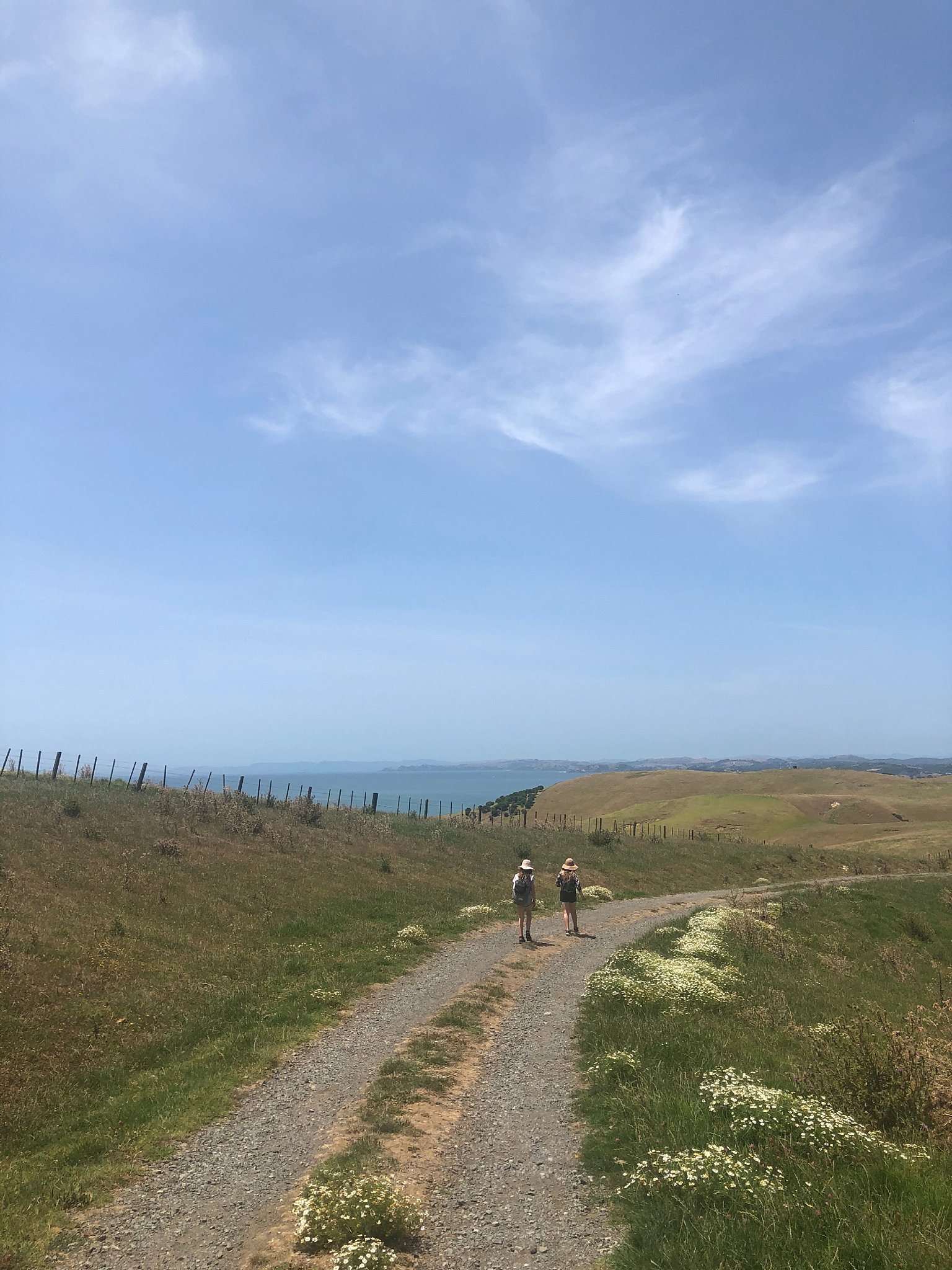 There is very little shade on the island so bring hats. 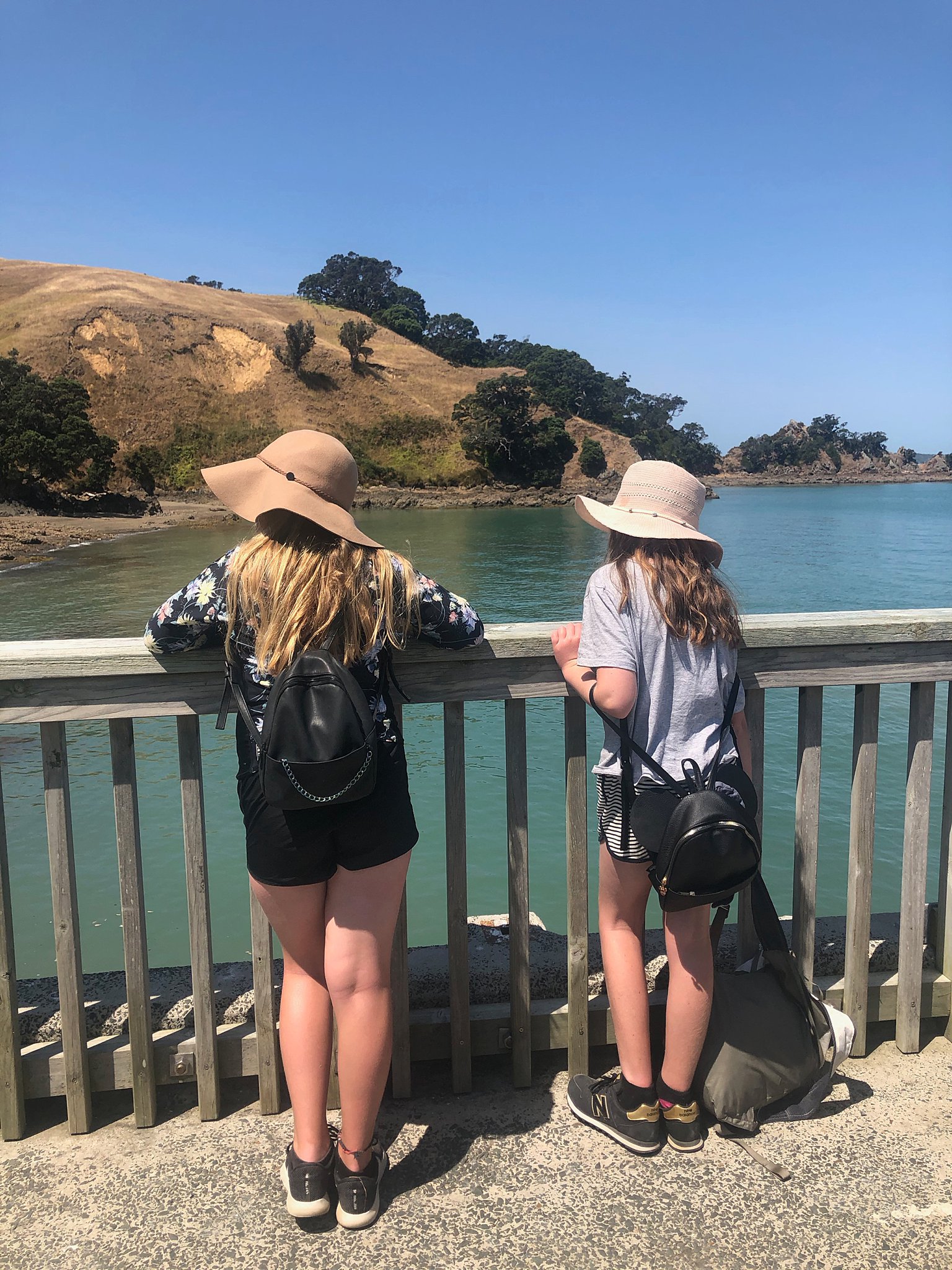 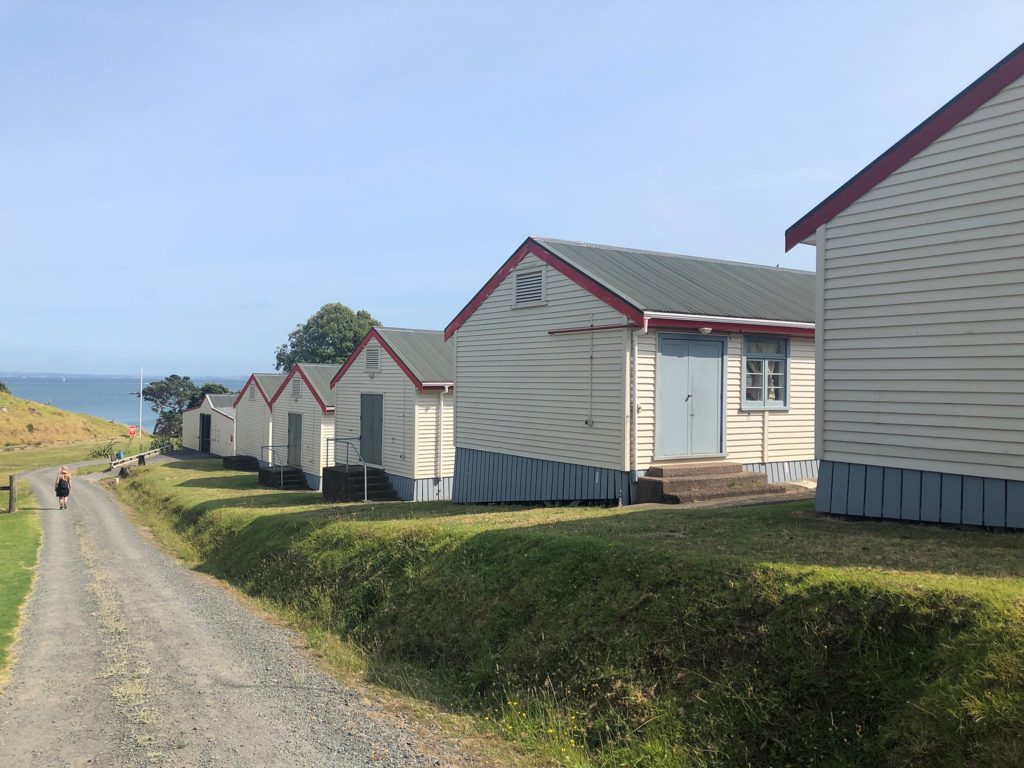 Camp down by Administration Bay 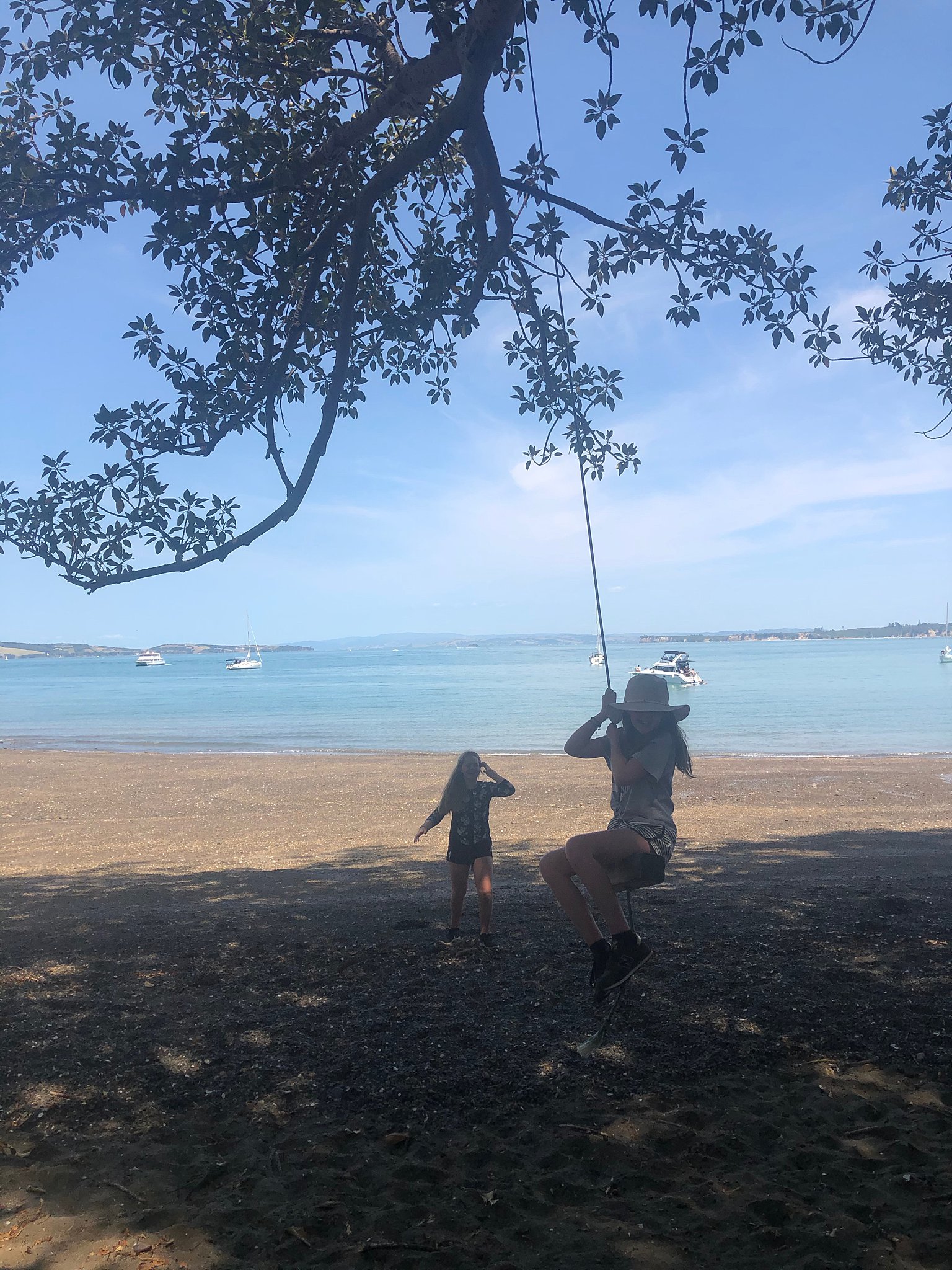