Stepping back in time at The Chateau Tongariro

The Chateau Tongariro has had a place in my heart for the longest time.  It’s grandness is on a scale that makes you (well, it does me) wish I had some magnificent ball dress to sashay through the lobby in.

I actually got engaged there 17 years ago!  Although not to James – to my ex-husband and the father of my two girls.  Now you may think that would put James off wanting to stay there.  And maybe it would if we hadn’t known each other since we were kids and he wasn’t the secure person he is.  But he was the one who suggested it and didn’t mind in the least when I said that’s where I got engaged.  For me, enough time water has gone under the bridge for me to feel nostalgic about it but able to enjoy it in a new way now.

We were supposed to have dropped off two of our three children with their Gran in Paraparaumu but as these things often do our plans changed and we ended up with the two eldest with us (our 13 and 14 year olds).

They are usually pretty non-plussed about most things (as befits teenagers) and when I read about the dress code in the dining room I was fairly sure they would be out.  But no, they totally rose to the occasion with heels (bought at the op shop in Taupo on the way down) and dresses – looking absolutely glamorous and beautiful.

They posed in front of the big windows, lounged in the sumptuous couches and sipped icy drinks like they were born to it. 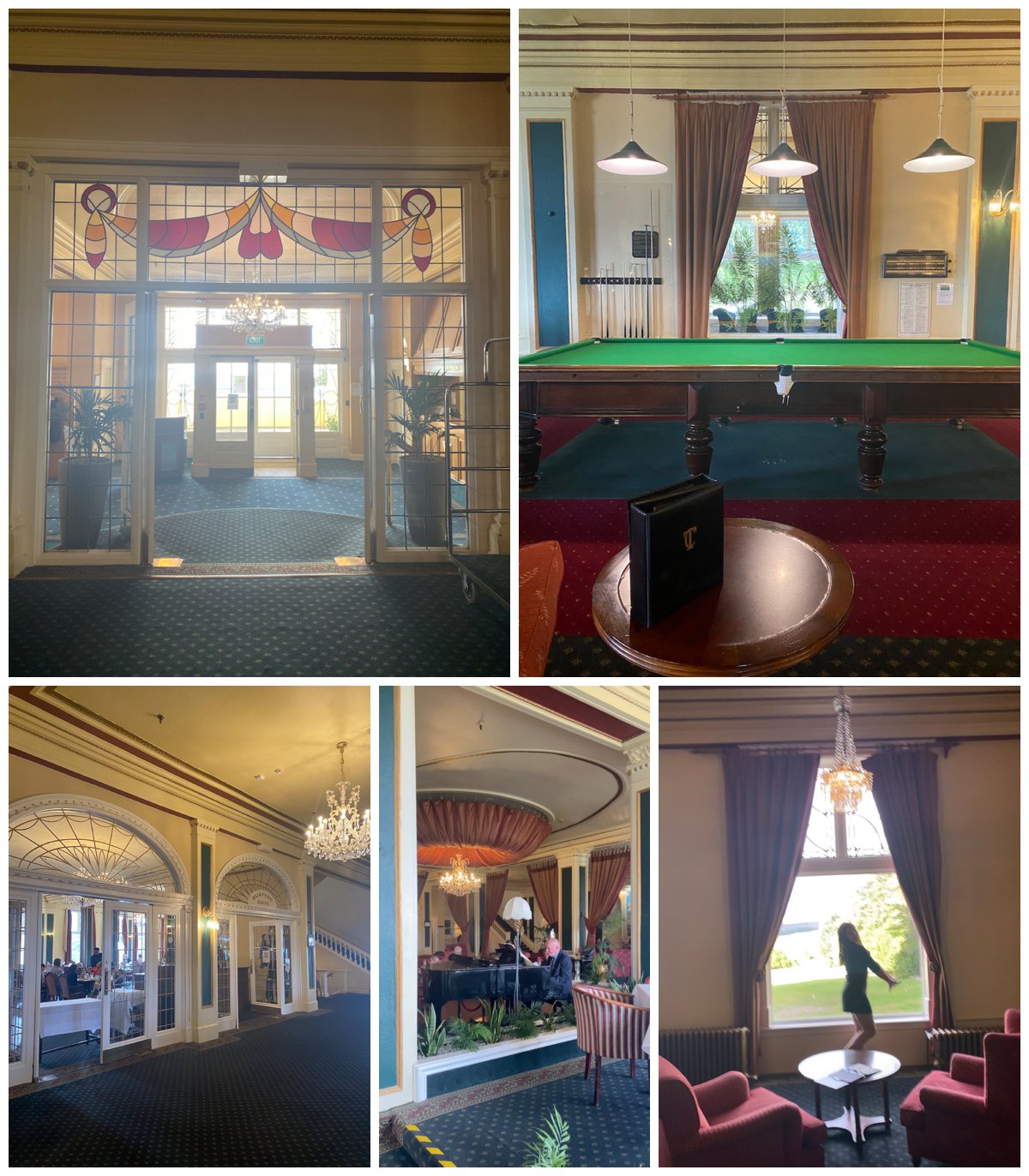 The scale of fancy blew their mind.  As it does mine if I’m really honest.  It’s just so incredibly, well, fancy.

Krystal was so impressed with it that she said reverently to me as we walked past the Guest Drying Room – “I really want to see how they dry the guests”. 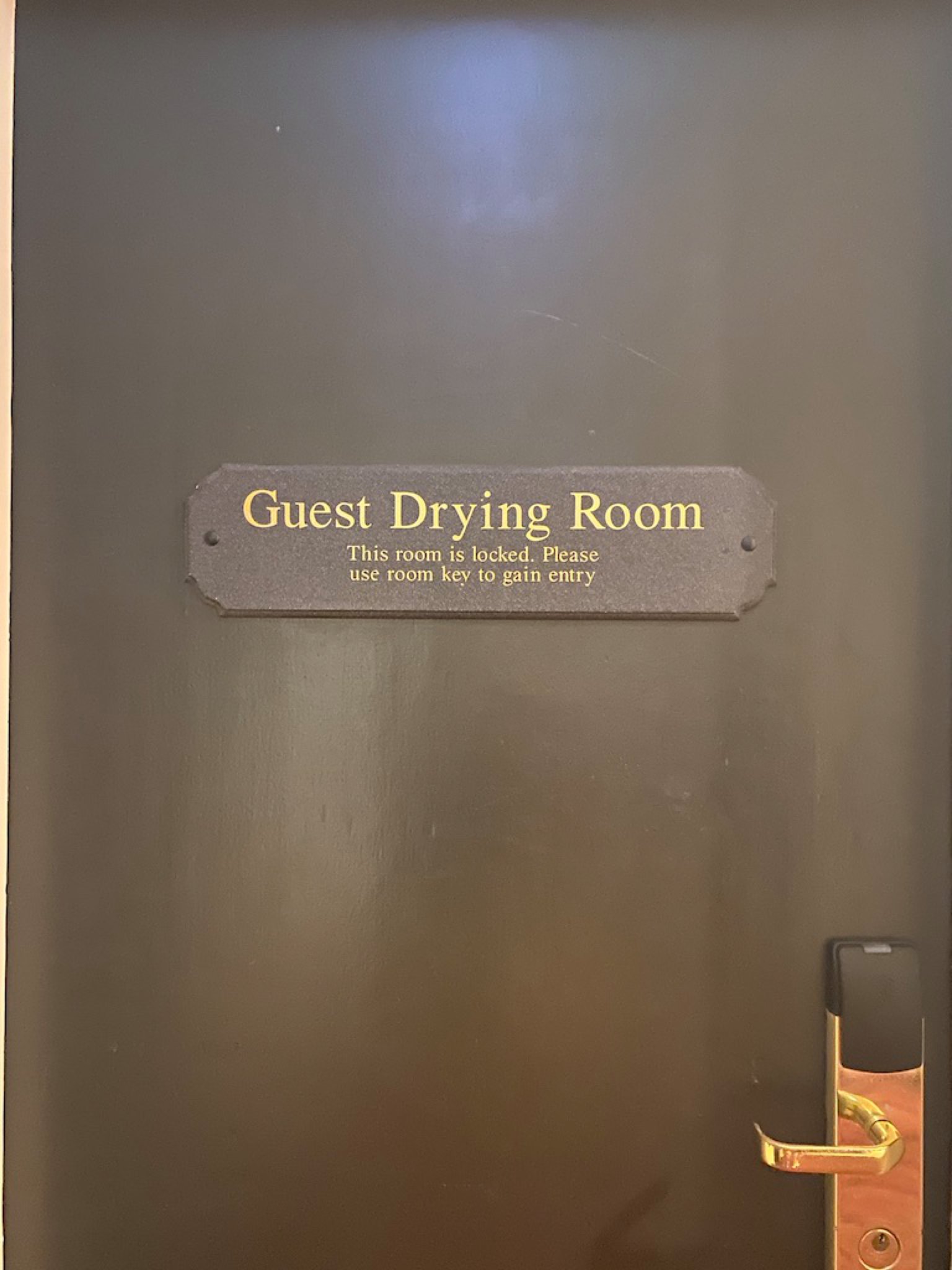 She was so disappointed that they didn’t have fancy guests being dried by the fancy staff!

They declared the pillow menu to be outstanding and ordered not 1 but 4 pillows while James and I were exploring.  This included the body pillow which they declared to be “better than a boyfriend”.  I’ll check back in on this statement in about 10 years time…

We spent two hours in the lobby listening to the piano, me embarrassing the girls by singing along to a bit of Billy Joel and watching the world go by out the huge windows.  It was utter relaxation, staring out onto the plateau, the mountain behind us (only a few days after the alert level had dropped back to 1), covered in clouds so we couldn’t quite see the top. 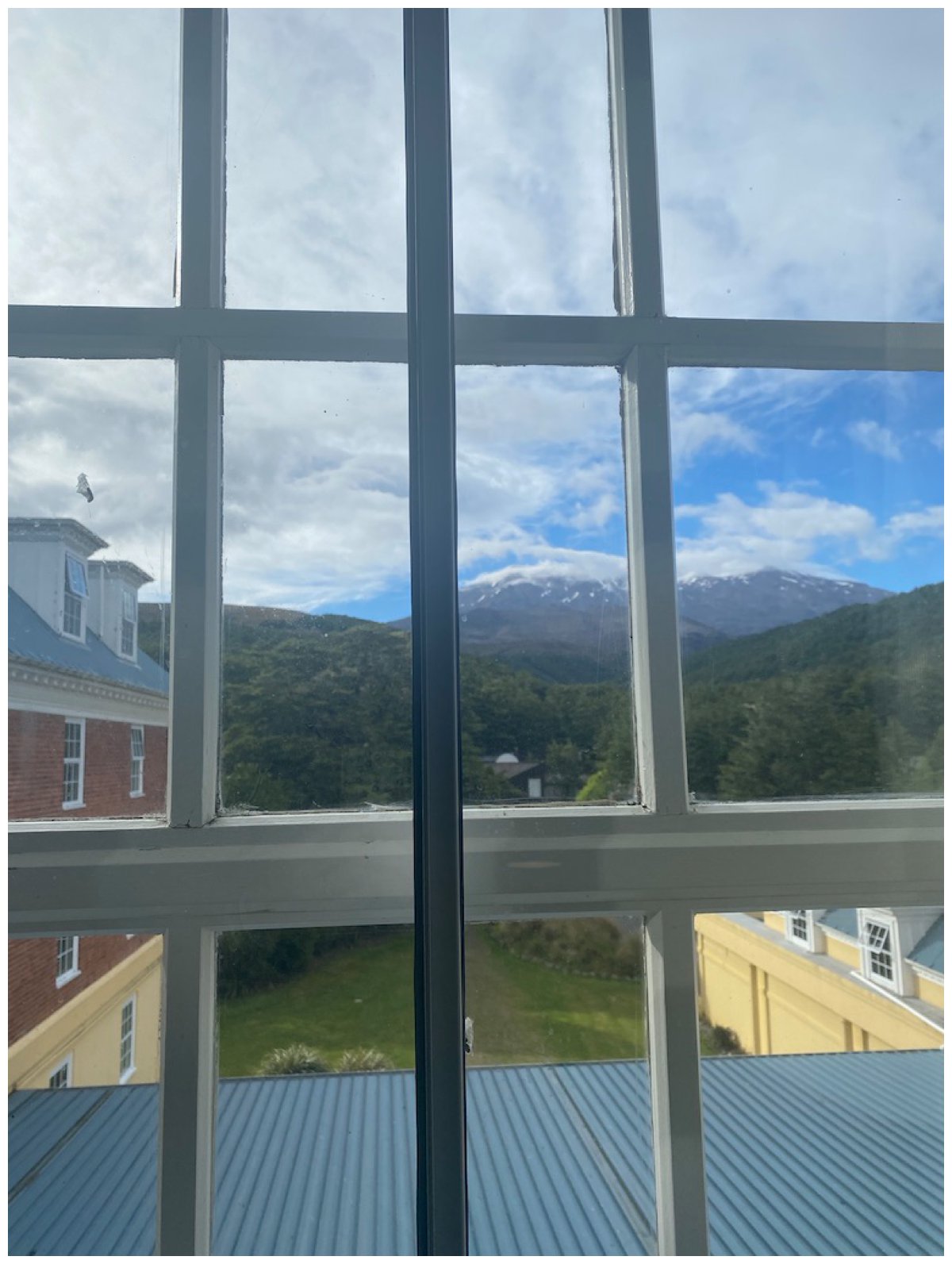 Do you reckon it’s haunted the girls asked.  This is not the first time we’ve asked this in similar places – Larnach Castle and The Waitomo Caves Hotel in particular.

And like these two equally interesting historical buildings Google informs us that yes, it is haunted.

It has the pre-requisite history that all these places seem to have.  Lofty goals, money worries, commandeered as an asylum and a rest and recuperation centre for soldiers returning from the war.

But unlike Larnach Castle and The Waitomo Caves Hotel (which I equally love), whatever ghosts inhabit The Chateau Tongariro are the “friendly, sit down and have a cup of tea or a fancy cocktail with you and maybe a dance while the piano plays” type. 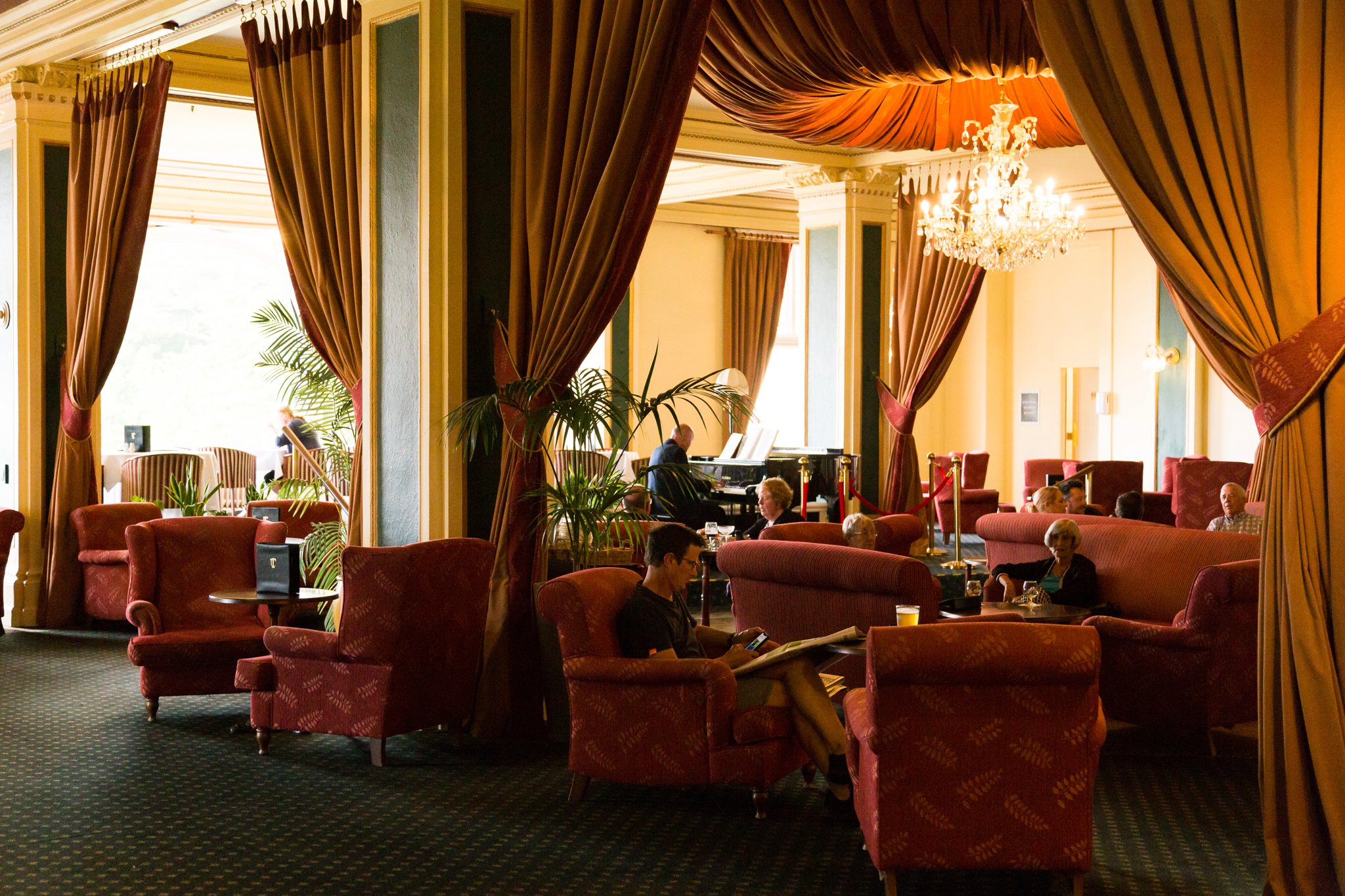 The other things that you must check out while at The Chateau Tongariro are the pool and the movie theatre.

The pool is such a strange thing to go to – in the basement with barely room to stand it is a labyrinth of small spaces and glowing blue light.  James remembers swimming with his Dad when he was a little kid after days on the slopes and it has that feeling of something out of a dream of childhood.

The movie theatre and games room occupy the same basement space and just have that sense of adventure about them.  But we’ve never had time for a movie – there is way too much exploring to do.

Our tips to get the most out of it… 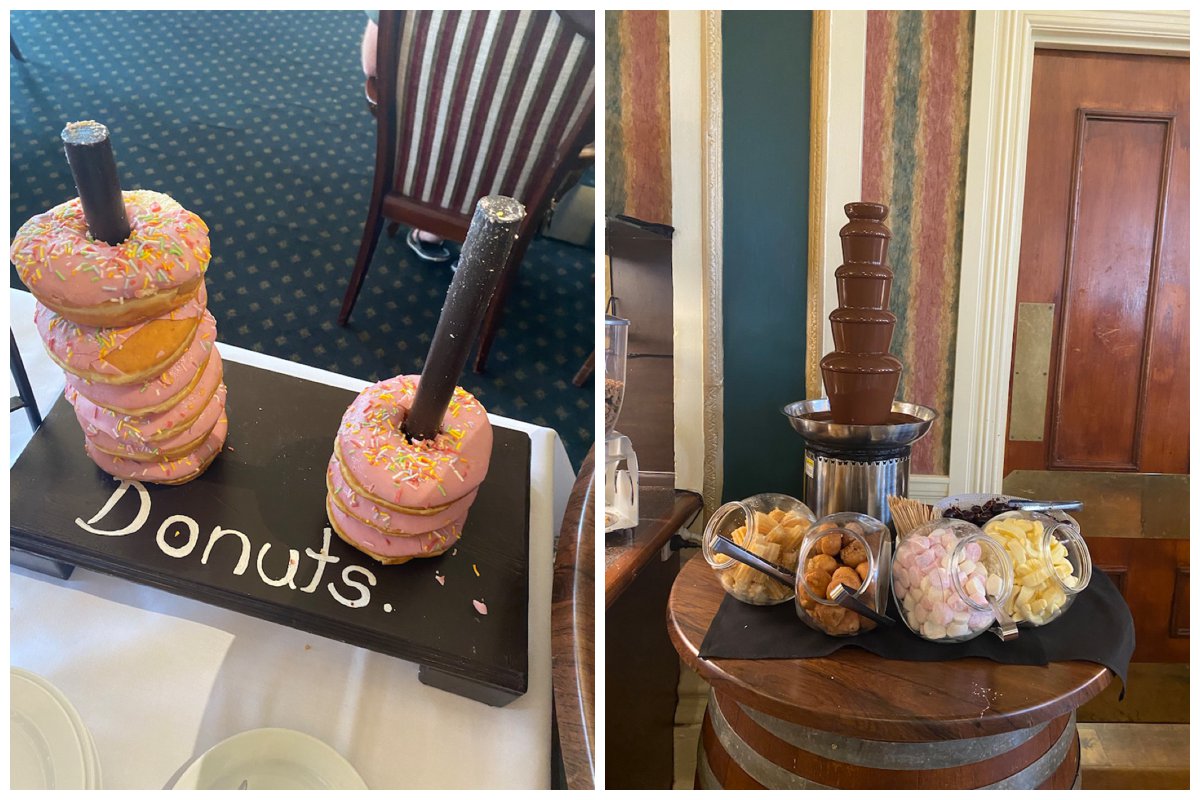 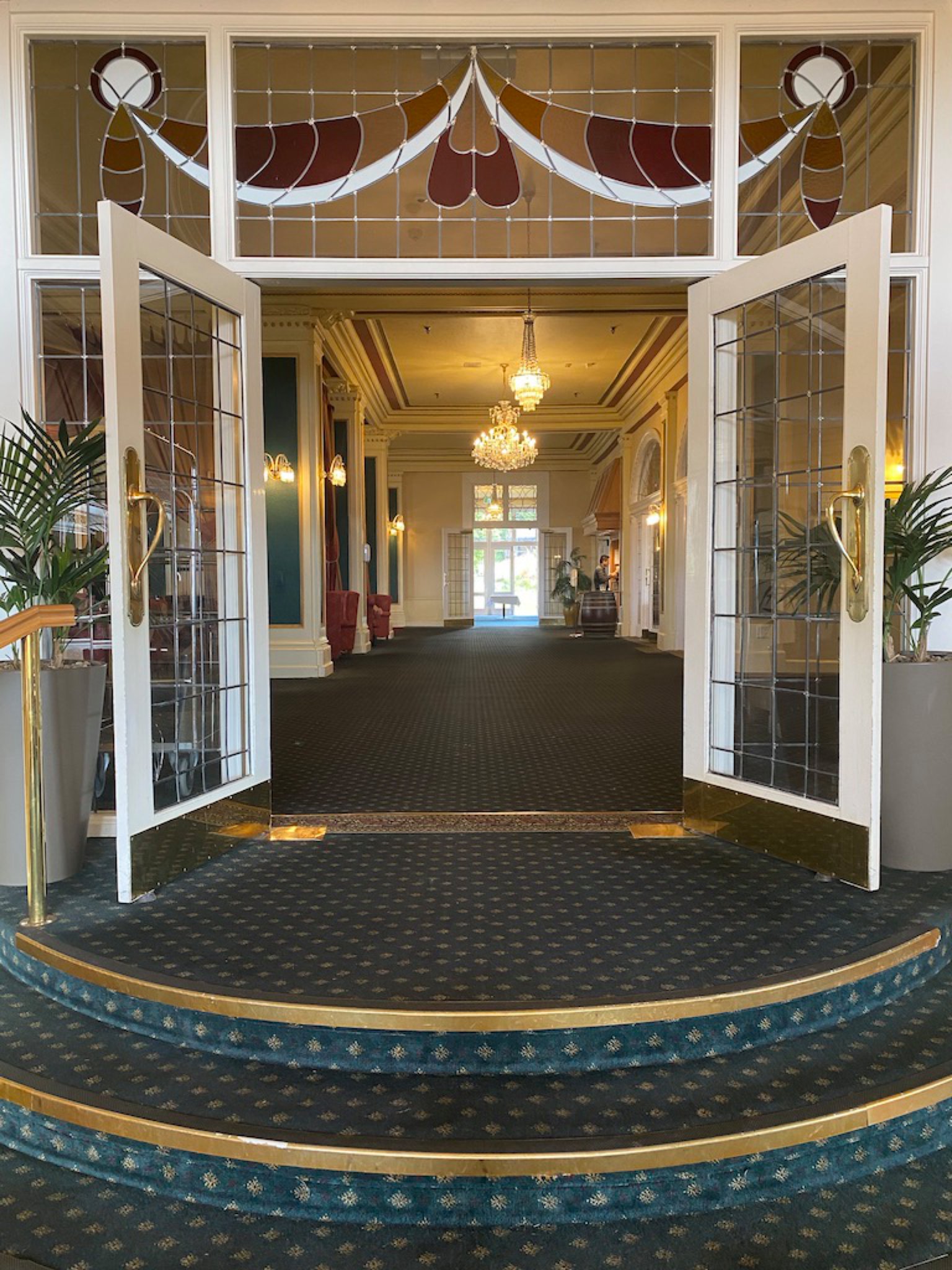