The ultimate family night out at Spooks and Sparks

Fast bikes, daring stunts, fighter planes, dancers, a laser light show and fireworks – all backed by the ultimate Westie party soundtrack, Spooks and Sparks was an epic family night out for just $50.

I’m a virgin when it comes to the Trusts fireworks displays but after going for the first time this year to the Trusts Spooks and Sparks I will definitely be back for more.

We went along with my cousin who lives out in West Auckland and I was feeling a little miserly to start with shelling out my $50 for my family pass for 2 adults and 3 children (although I did love that they cater for bigger family sizes like ours is – I get so sick of 2 adults and 2 kids for everything).

Turns out it was the best $50 on family entertainment I think I’ve spent. We arrived around 6 and walked through a carnival ground full of rides.  I could see the dollars ticking over there and expected the kids to want to hang out there – turns out they were so occupied with the main attraction that they didn’t give it a second glance! 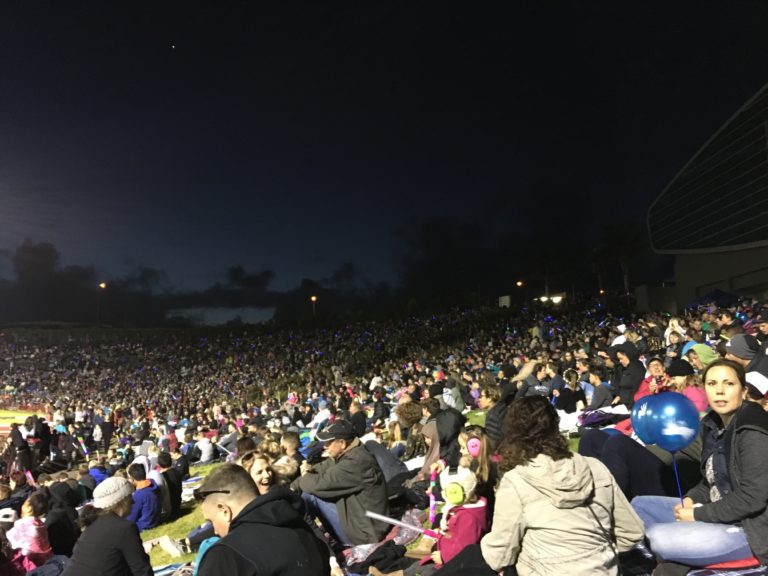 We headed out to the field where we were treated to an awesome arial display – loops, flying in formation, explosions from the field – it was brilliant! 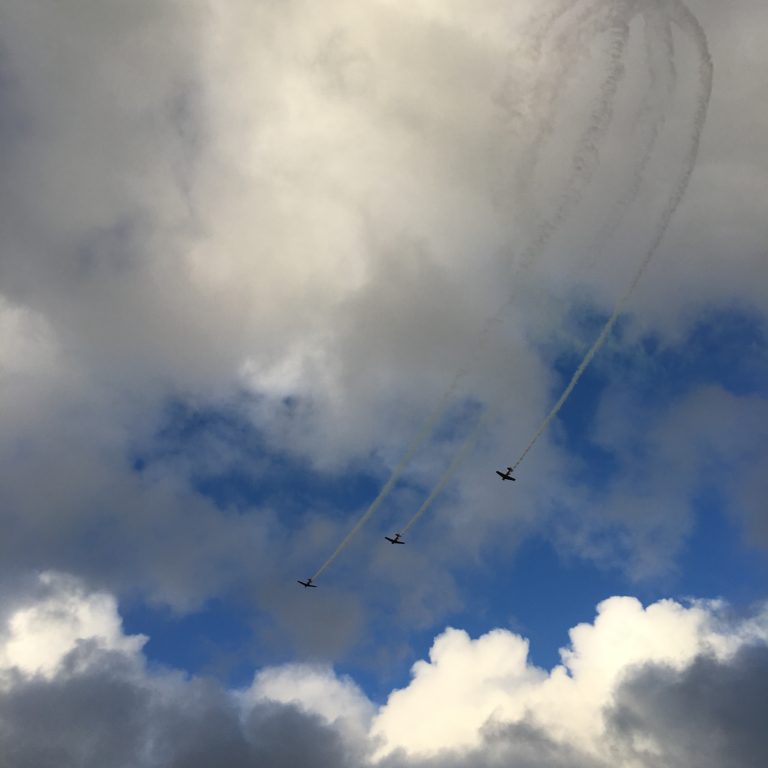 As soon as that finished it was on to the motorbikes.  A giant ramp in the middle of the arena with tricks that sometimes I didn’t even know if I could watch as Levi Sherwood – New Zealand’s top FMX rider (who clearly has a mother with nerves of steel) soared over the ramp flipping, upside down or without holding on. 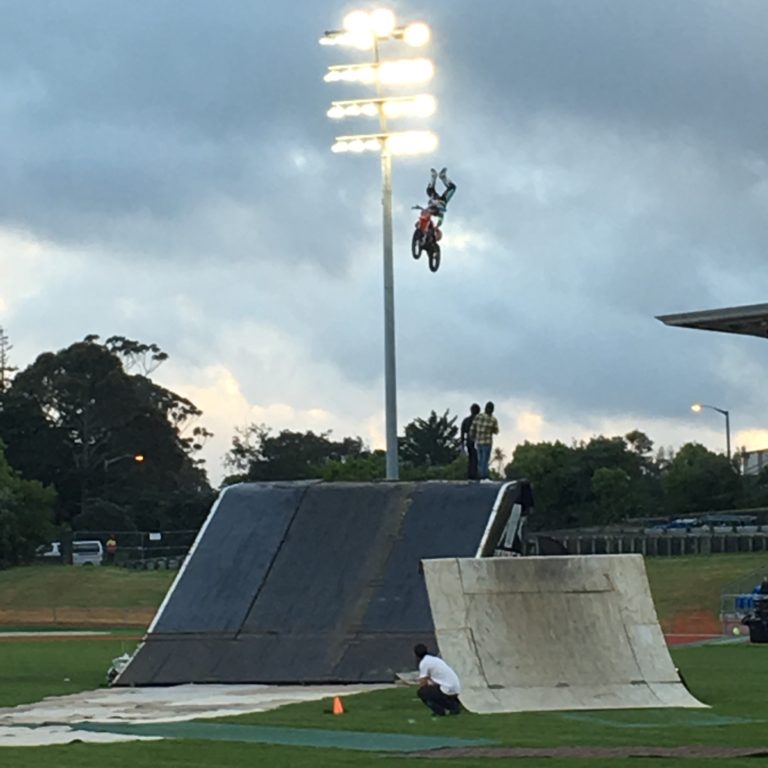 After that it was the dancers and the BMXer’s before the Levi and the other bike riders came out again.  I’ve taken my youngest to a concert before and it doesn’t come close to how excited she got watching this!

Just before 9 the countdown started 3, 2, 1 and then darkness and a sea of glow sticks bought in the start of what can only be described as the most epic Westie party I have ever been to!

The band belted through Sweet Child of Mine, Livin’ on a Prayer and You Shook Me All Night Long with the complete and utter endorsement and joined voices of the crowd (myself included).

Lead guitars still ringing in our ears we sat back and watched the laser light show before the fireworks began.

Accompanying the fireworks was the soundtrack to every teenage party I went to in West Auckland (and there were a few) – there was ACDC, Queen, Metallica, Led Zeppelin with the fireworks coming exploding to a crescendo with Blur’s Song 2.

It was a little cliched West Auckland but only in the absolute best of ways.  It was well managed, totally family friendly, brilliantly entertaining and just all round an awesome night out.

We’re definitely going back to Spooks and Sparks next year.  You can follow their Facebook page for updates on events here.