You know how they say timing is everything – well after visiting Piha at low tide I now know what they are talking about.

Last Sunday we were looking for somewhere to, well you know, get lost.  James, ever practical in such matters, checked the wind direction and tides and decided we should head to Piha.  Being a photographer I tend to base my decisions more on where the light is so Piha tends to be a sunset destination for me but oh boy was I in for a surprise.

We arrived in Piha on what was an absolutely stunning day.  Very little wind on the west coast and the surf was the flattest I have ever seen it.  With the tide out we were also able to explore Puaotetai Bay without scrambling over the rocks. 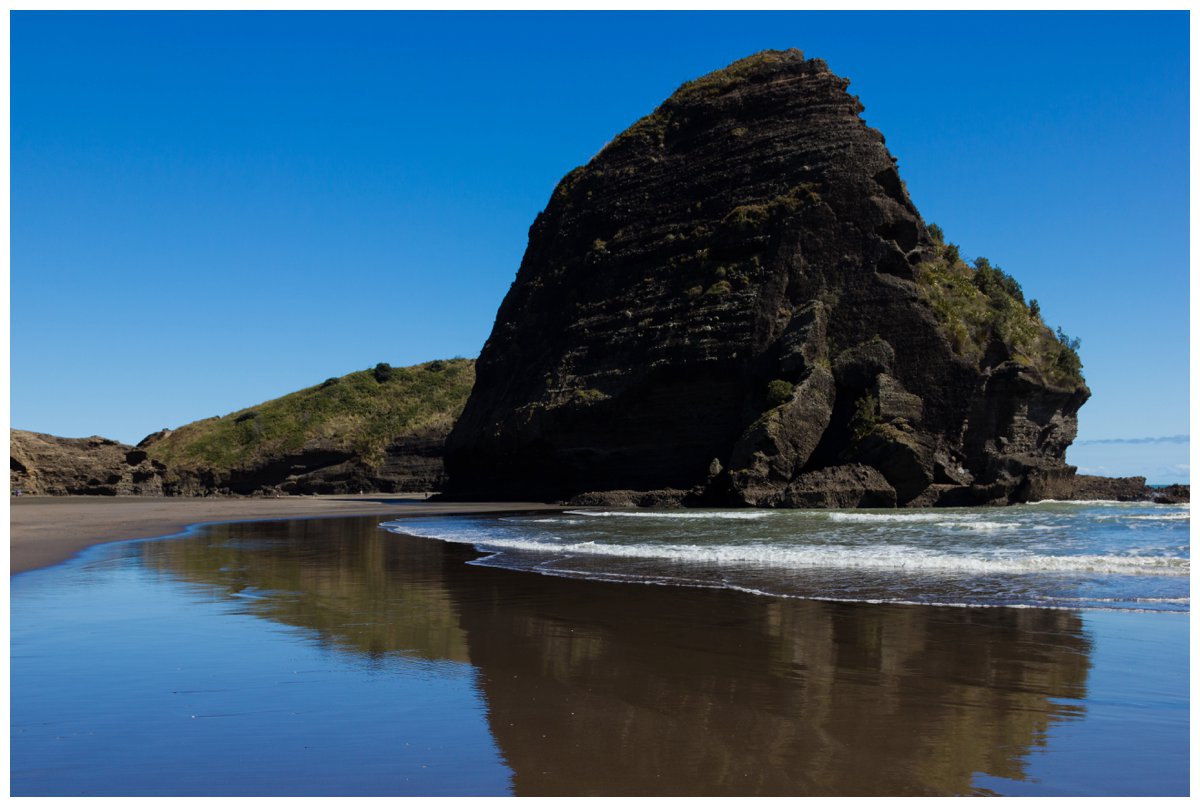 It’s an awesome walk out there but if you keep on going (which can be tricky with little ones) there is so much more to discover. 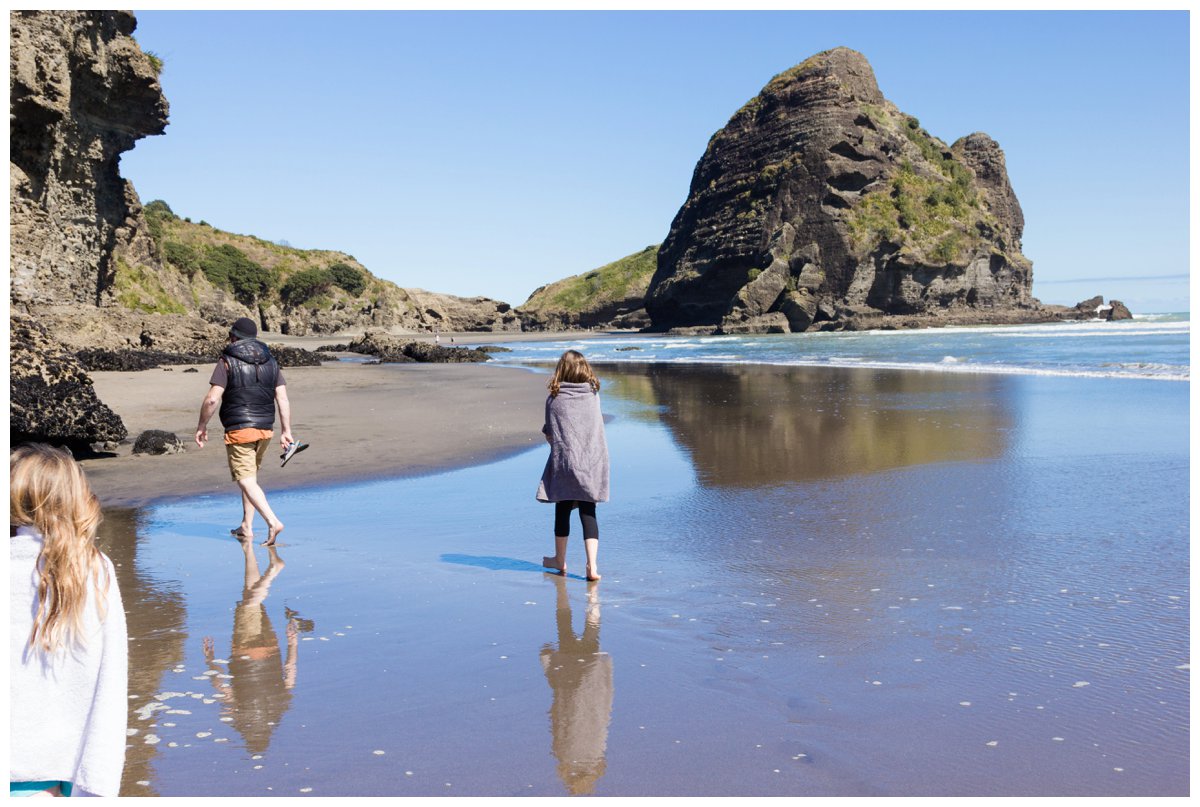 The first thing is The Keyhole.

The keyhole is a tunnel that runs through Camel Rock.  The Keyhole surges with waves but provides a passage from Puaotetai Bay to fishing rocks facing Piha Beach (something I was definitely not game enough to try – it’s pretty dark and slippery in there). 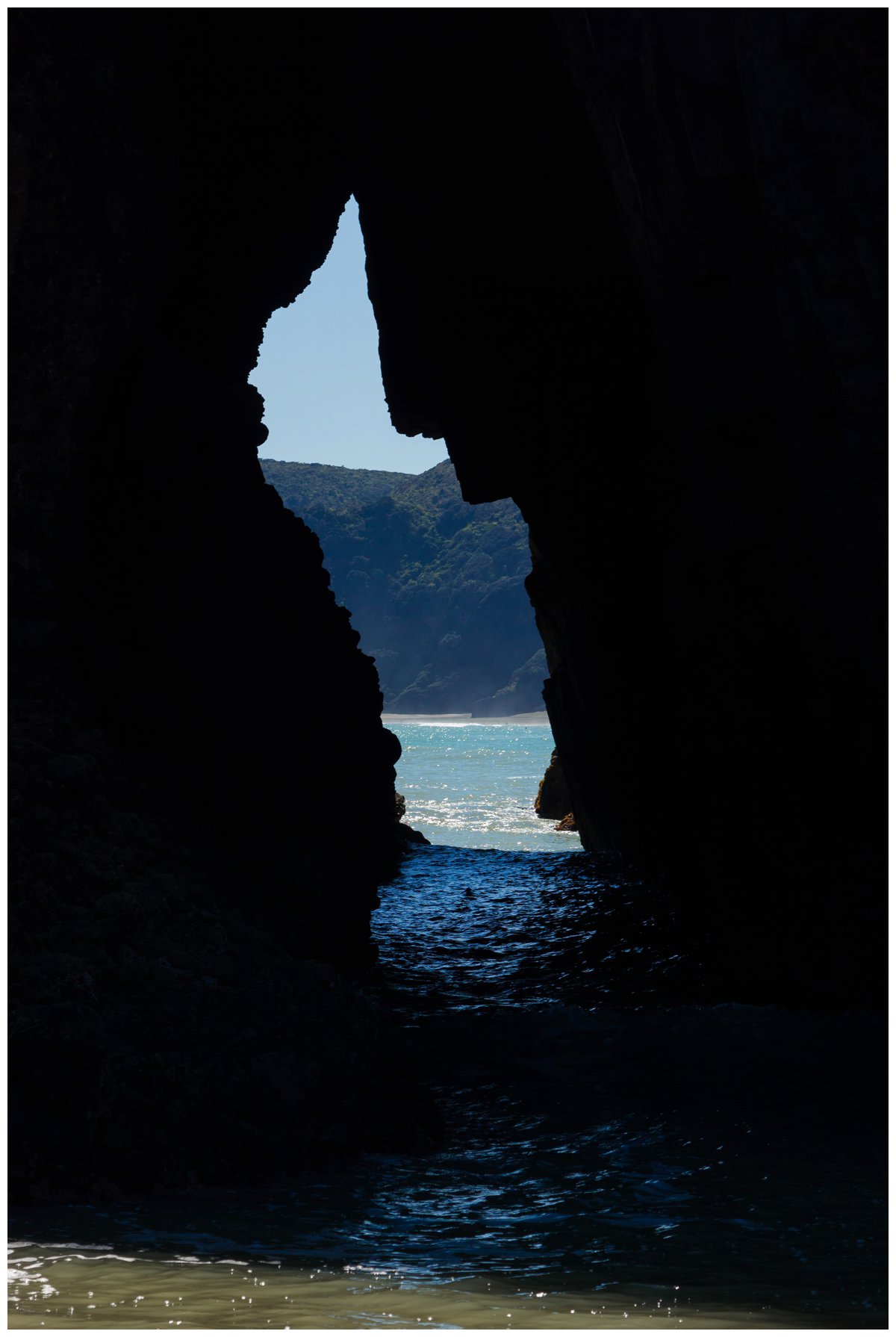 A bit of research tells us that the rocky shelf inside was cut by locals Bill Browne and Jeff Buckton in the 1960s.  Awesome work guys!

After the obligatory photo we headed over to the Gap.

The Gap is is situated between Taitomo Island and the cliffs where waves come crashing through ferociously!  However at low tide a deep pool is created called the Blue Pool. 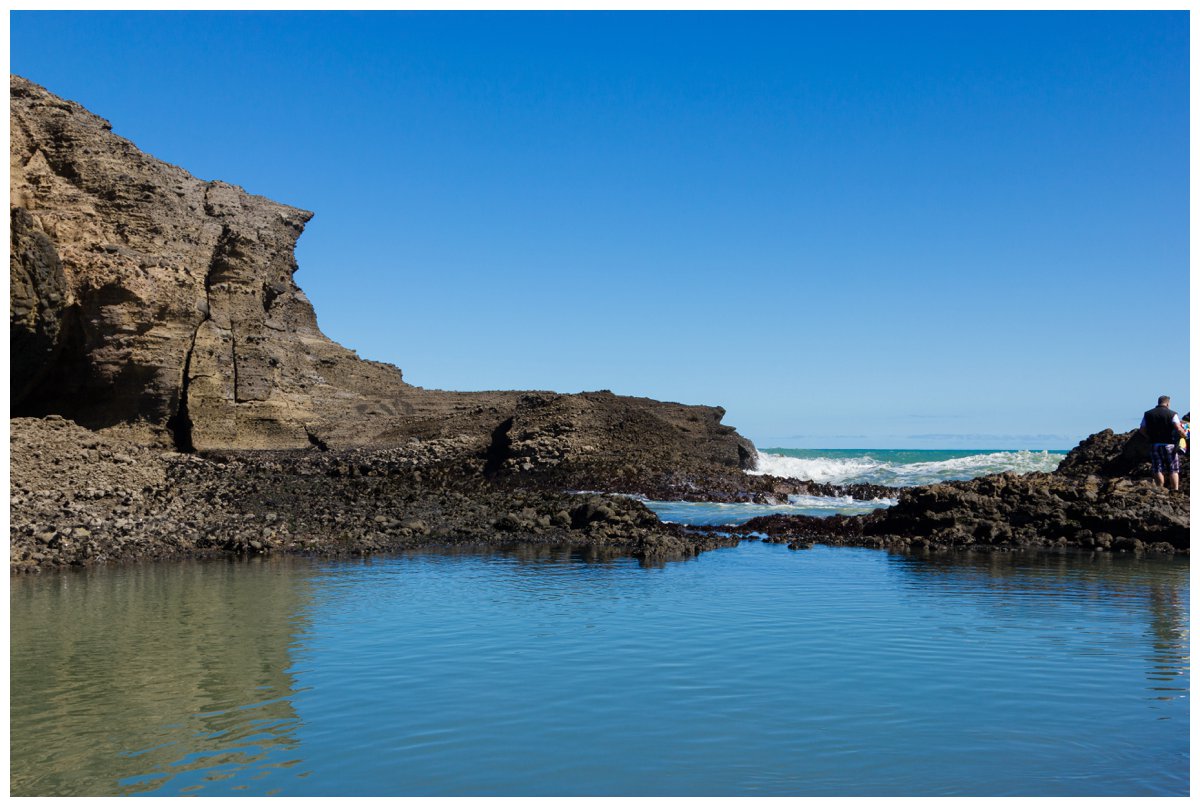 Despite it being September James jumped straight in (as he always does) and has claimed it second only to the Pinnacles water hole for top swimming destinations. 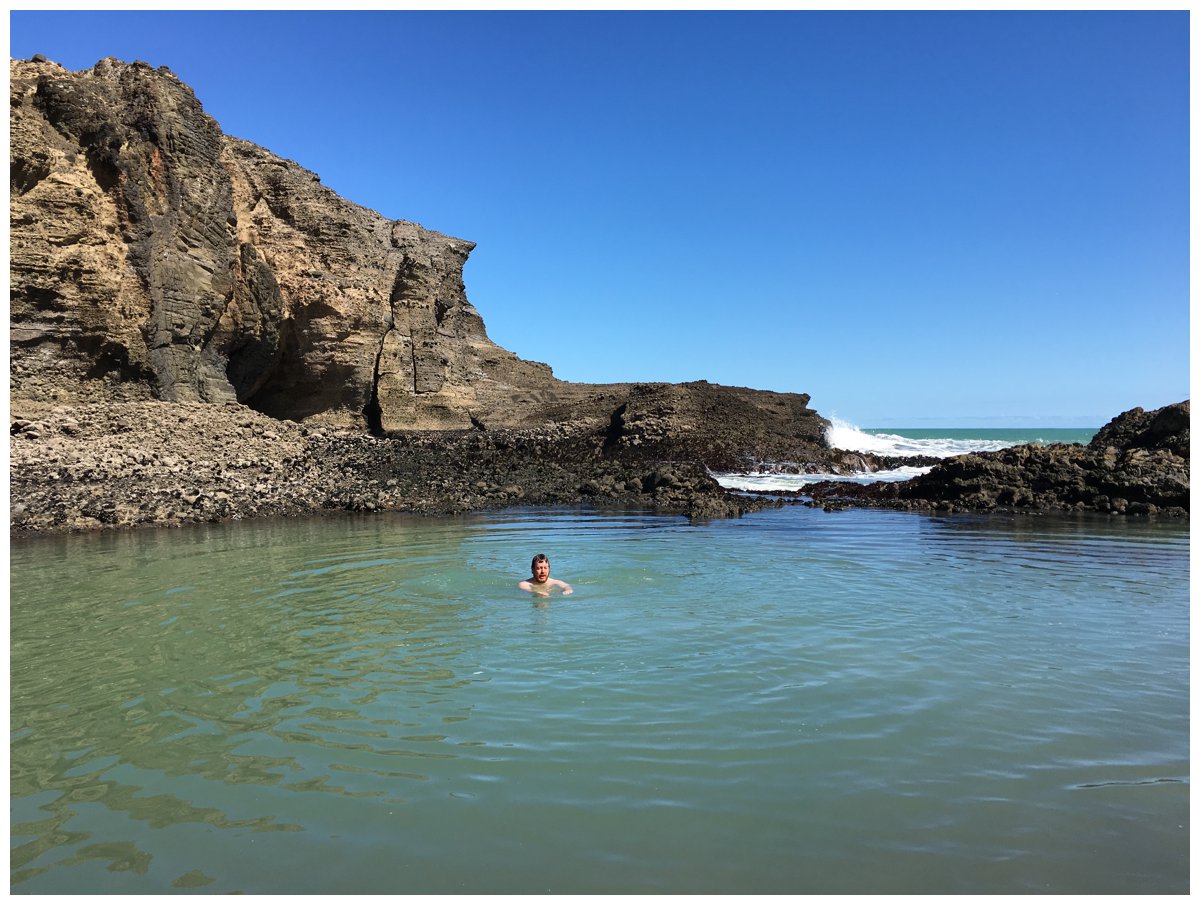 The kids were a little slower but weren’t far behind them while I stood on the side (warm) and took photos.

To get to The Gap and The Keyhole safely (especially with kids) you really need to go at low tide. Pick a sunny, low wind day and pack a picnic and make a day of it.  Its an awesome spot!