Despite never being to this part of the country before the Anatoki Salmon Farm is something I’ve heard loads about over the years.

It’s something James talks about anytime we talked about visiting the Abel Tasman region and despite him already visiting 4 times it was on his must do list to do again.  It even turned him from a lifetime of not eating salmon to a fan – but only if it’s from there.

I wasn’t opposed to the idea but still not convinced that I would love it as much as he did.  He’d set the bar pretty high!

Turns out, as it does with most of James suggestions, that it was pretty epic.

First up there’s the journey to get there.  As you know, for me it’s never just about the destination and in the case of the journey to Anatoki Salmon Farm the journey definitely makes the experience all the more special.  Now we’d already driven from Auckland to Wellington and then gone on Interislander before arriving in Nelson – so we’re already talking a pretty epic trip here.

Leaving from Nelson we headed up the Coastal Highway.  The thing I found about the whole of the Nelson and Tasman regions is that it’s incredibly tidal.  Good to know for swimming, but also good to know if you are planning on leaving that photo until you come back over because chances are by the time you do it may look entirely different.

This was particularly true of the Moutere Inlet, a tidal lagoon.  At high tide it is full of reflective water – magnificent against the background of mountains surrounding it.  At low tide not only is its drained empty like a bath tub but messages written in rocks emerge. 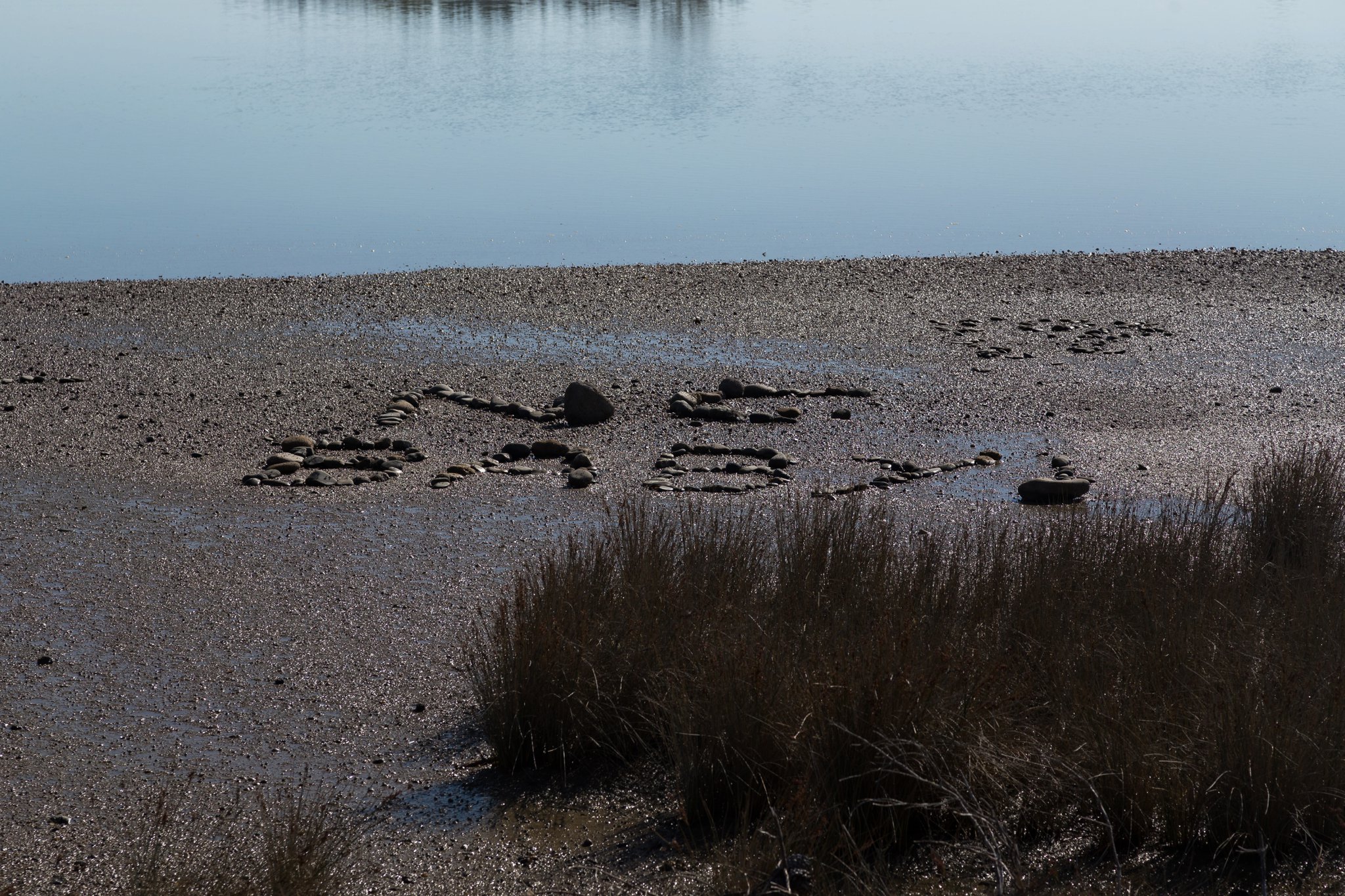 After passing through Motueka it was time to go over the Takaka Hill.

Now I’m going to challenge the use of the word “hill” here because at 791m above sea level this is pretty high!  Climbing up through the hairpin turns we literally were amongst the clouds before we even got to the top.

Once we got pretty close to the top we stopped at the Hawkes Lookout.  The kids point blank refused to get out of the car (teenagers huh) so me and James did the easy 5 minute walk ourselves.

And the views when we got there were absolutely spectacular. 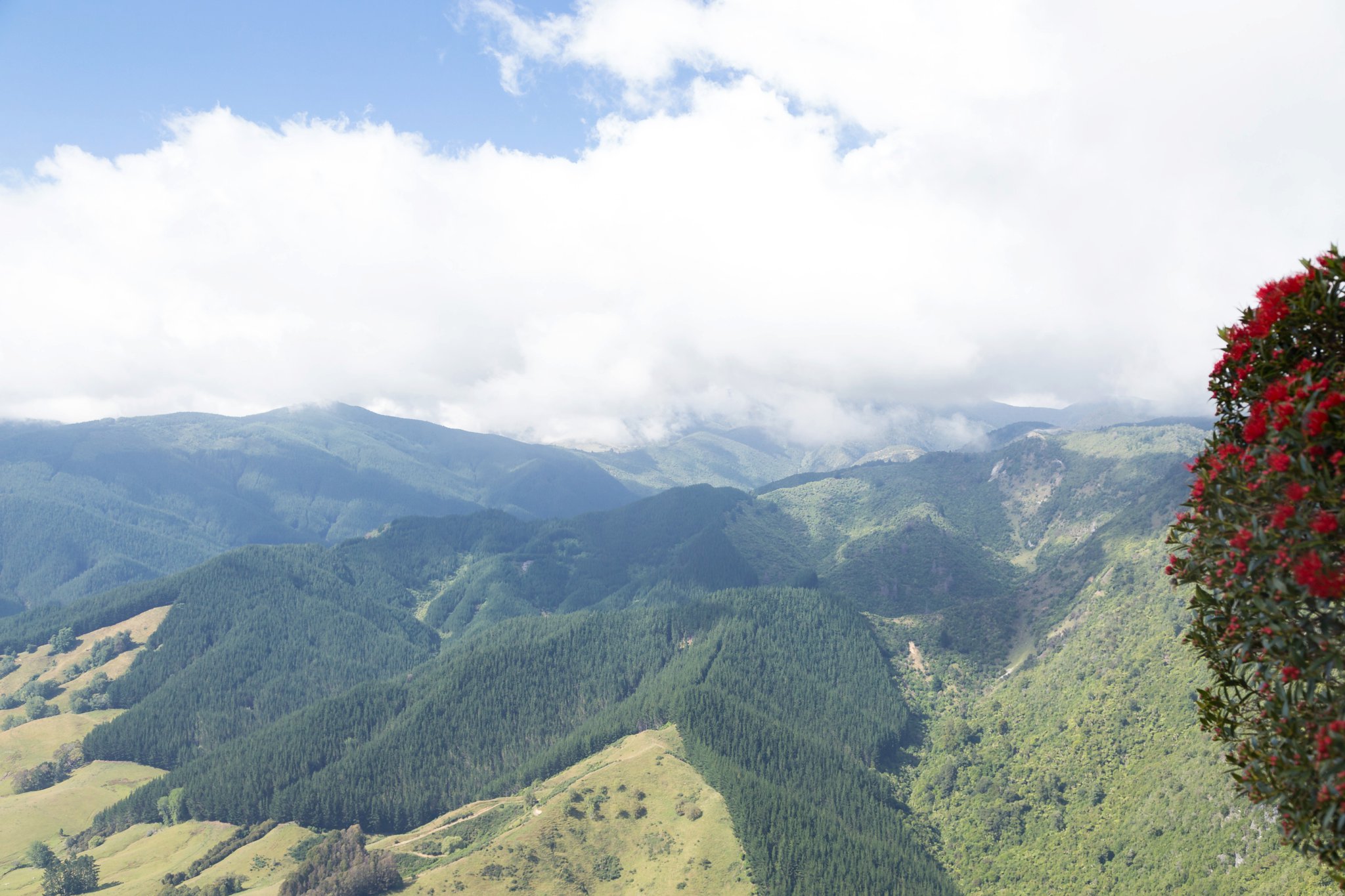 Now to say Anatoki Salmon Farm is out of the way is an understatement – this is a destination in itself.  The great news is that you can easily spend half a day here and there are some great locations around it to easily fill a whole day.

Just down the road is Te Waikoropupū Springs.  This is a sacred spring so this means no touching.  It also means that some of the clearest waters in the world are immaculately preserved for all to see.  It’s an easy 20 minute walk to see the springs over well maintained paths through NZ native trees. 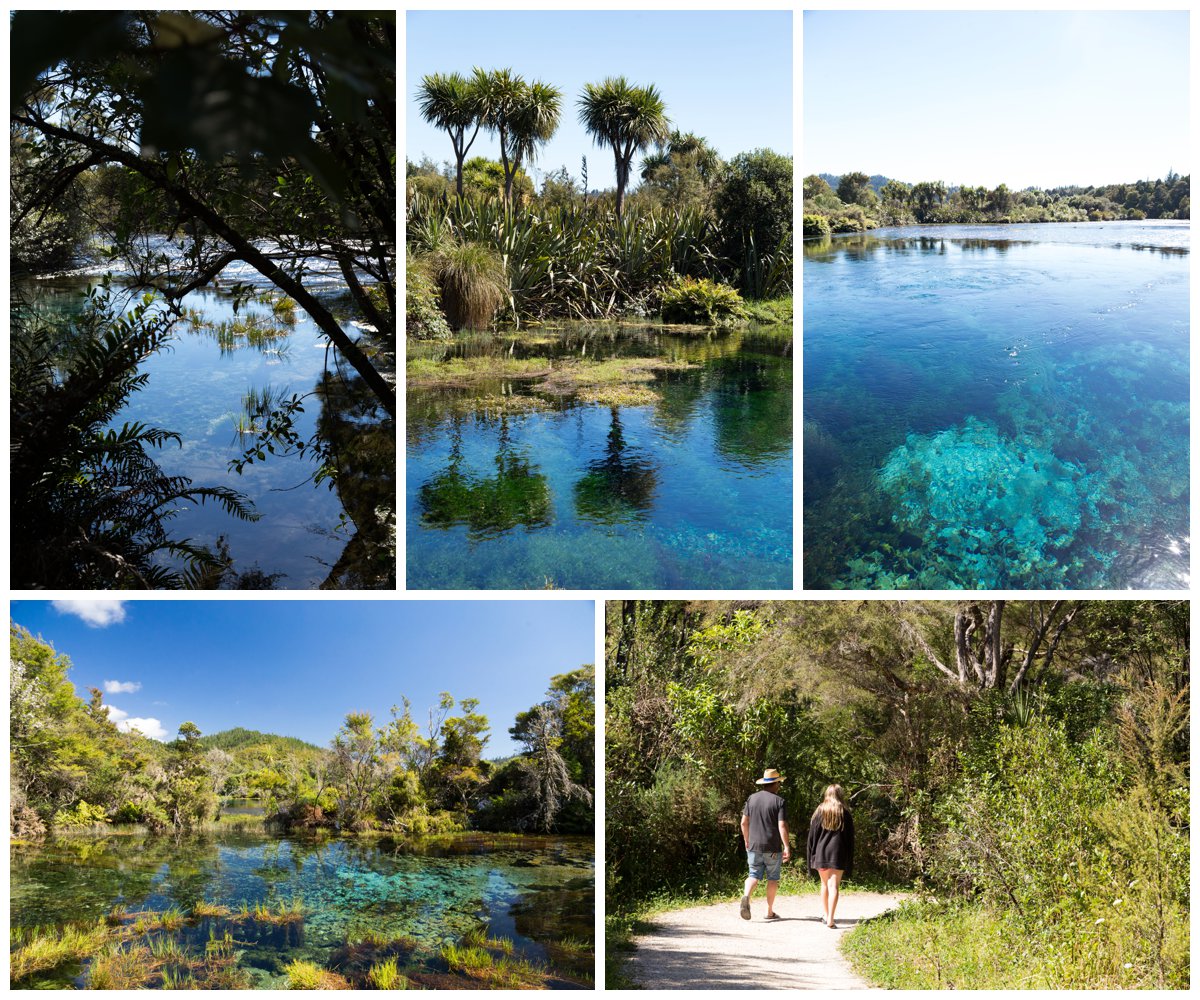 Also in the neighbourhood is the artistic township of Takaka.  The main street is full to the brim of galleries, local clothes & jewellery and cafes.  It even boasts a chocolate shop and apothecary.

If you are heading back to Nelson make sure you stop at The Smoking Barrel in Motueka for some of their legendary donuts (and other yummy lunch).  Just go early as they do sell out!

But I do digress, you came here to read about the Anatoki Salmon farm.

There is of course the main attraction – the salmon fishing.

Now James had lead me to believe that it was as easy as throwing a line in and the salmon would swim over and hook themselves right on.

The water was so clear that I could see them swimming right up to my bait…  And then right past again without so much as a sniff. 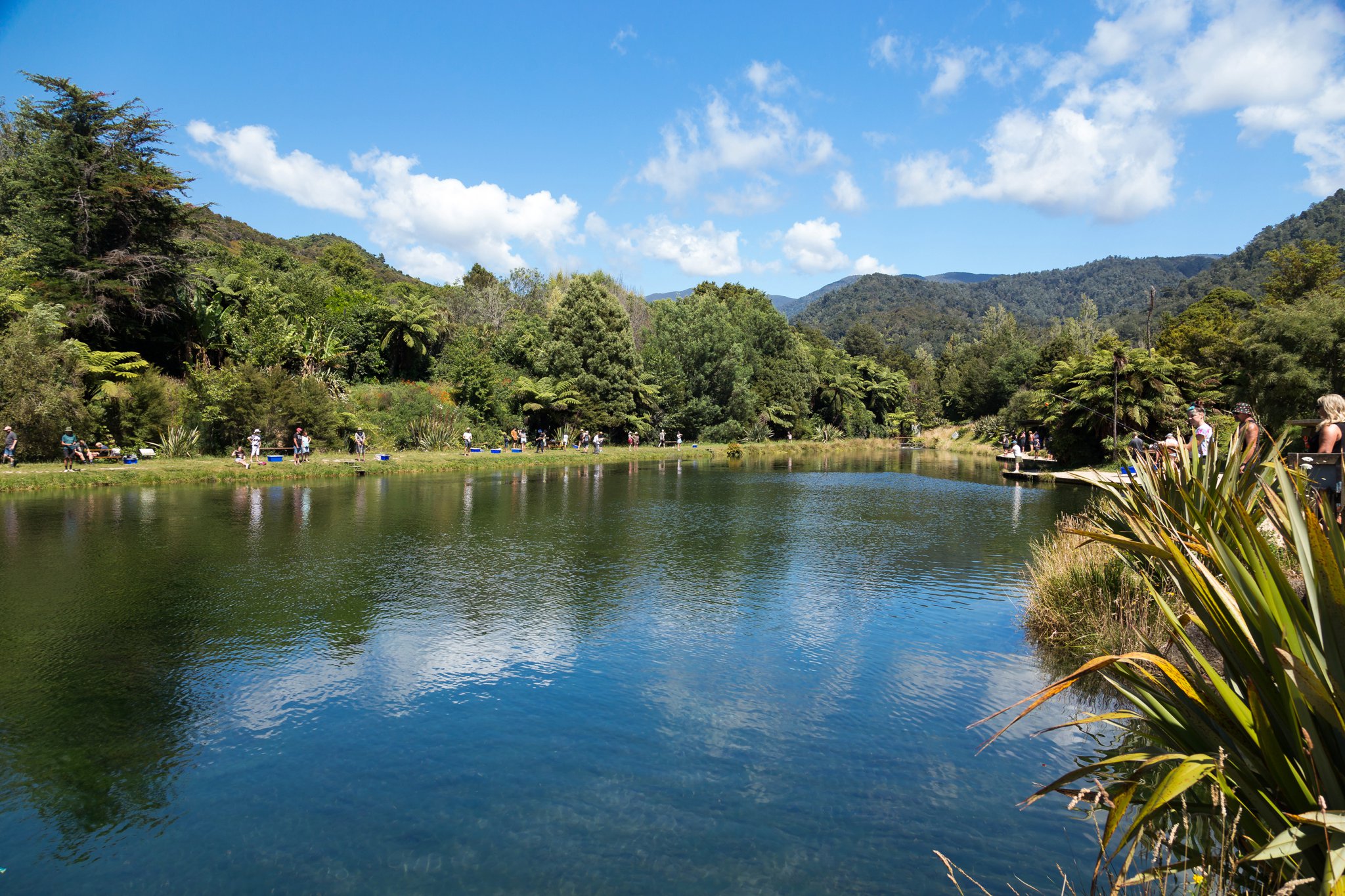 There was the odd celebratory whoop as someone hooked one of these smart salmon but by in large we all stood in consolatory silence.

I had a hunch that the kids would be our lucky charm but I’d lost the younger two to the charms of the animal park and the eldest was very much against catching and killing anything. 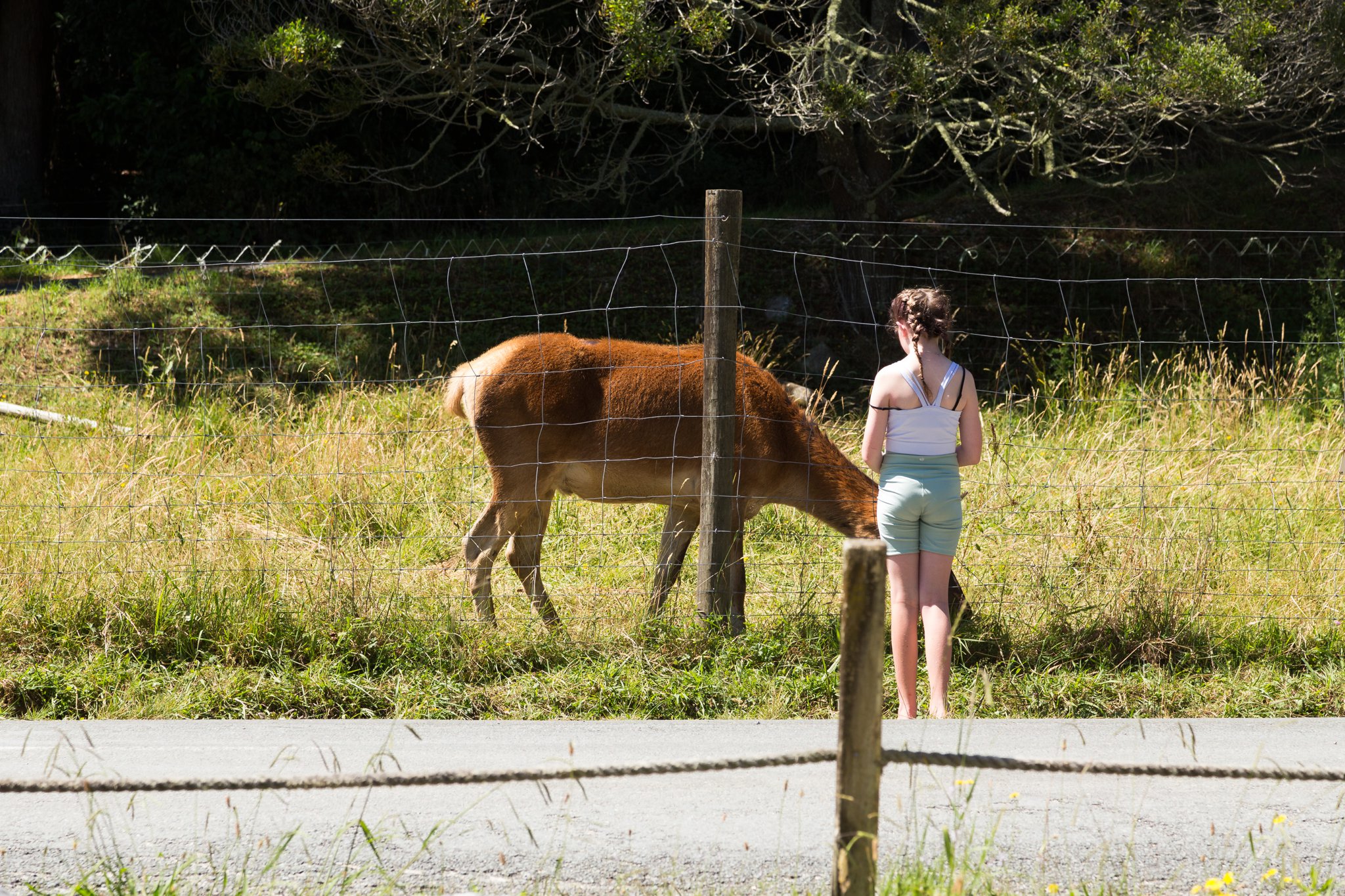 Eventually, I managed to entice them over.  This may or may not have involved some prize money for catching a salmon as we were now a couple of hours in and it was getting close to lunch time.

This was indeed the motivation that all 3 girls needed and in no time at all they were fishing. 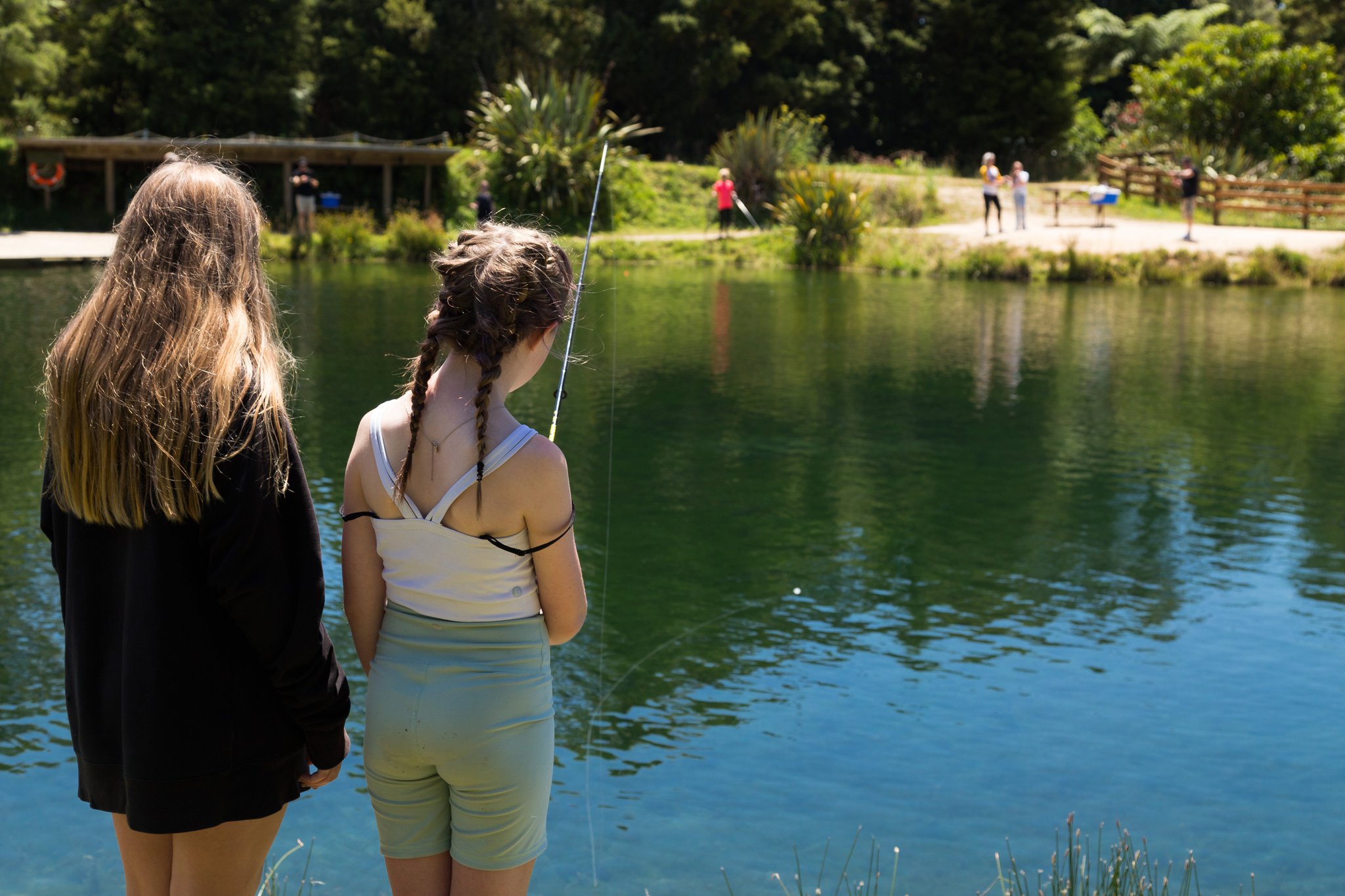 Minutes later Krystal hooked our first salmon of the day.  She was in hot demand after this with the two other girls getting her to cast for them too.

They all got pretty good but it was 2 salmon to Krystal that day with the rest of us catching nothing at all.  Which was actually not too bad as you have to cook and pay for what you catch and there is only so much salmon you can eat! 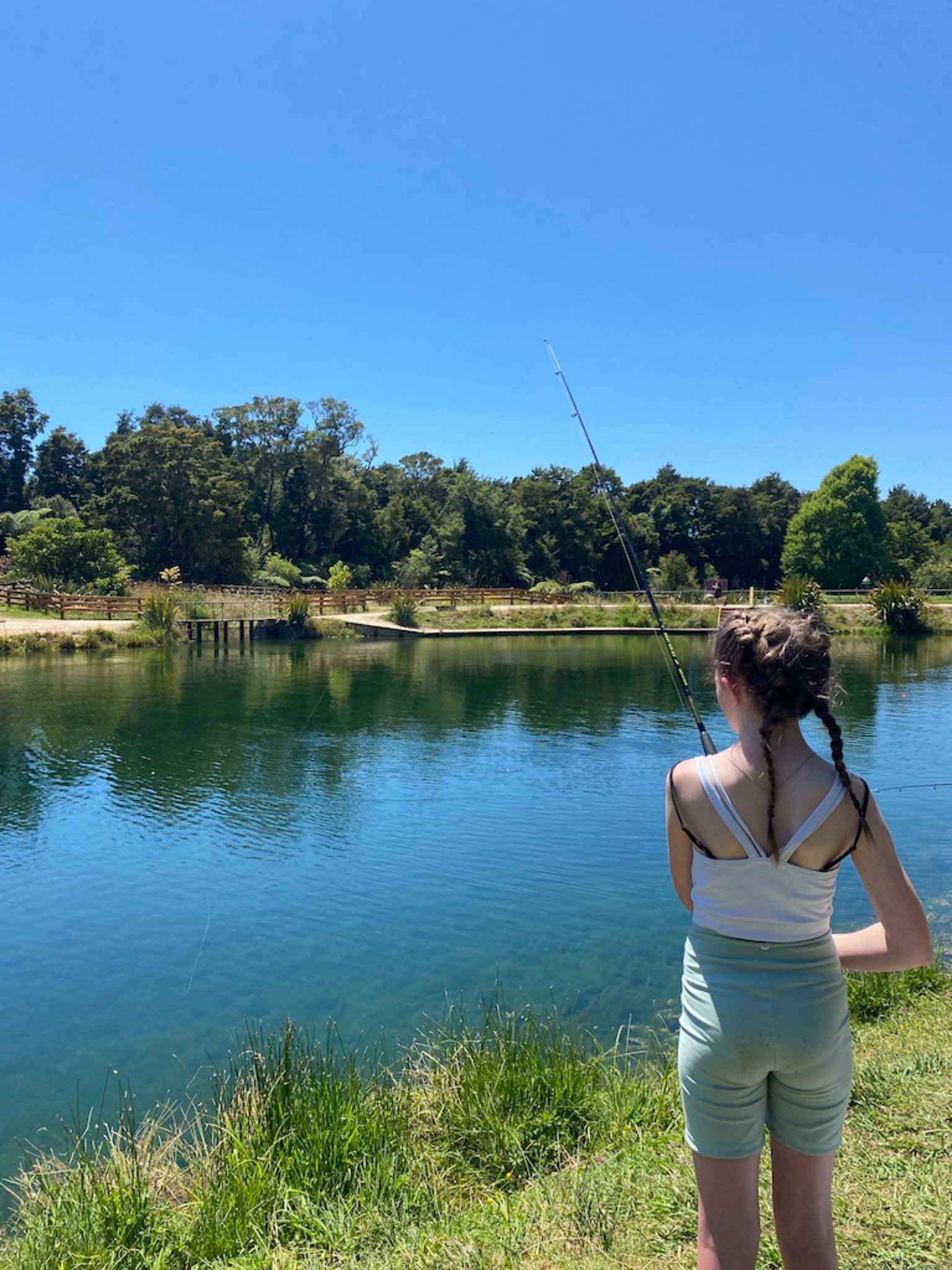 Which brings me to the next cool part.  Once you’ve caught your salmon you take it up to the kitchen and they will either smoke it for you or cut it into sashimi.

We opted for three fillets smoked and one as sashimi which we ate there with some hot chips and cold Cider and Prosseco.

We couldn’t even get through our one fillet between the two of us and took the rest of the 3 smoked fillets and shared them with our neighbours at Collingwood.

All up, it’s a great experience.  You’ll get a couple of hours fun and enjoyment, plus a great meal there and salmon for the next few meals too.

Our tips to get the most out of it 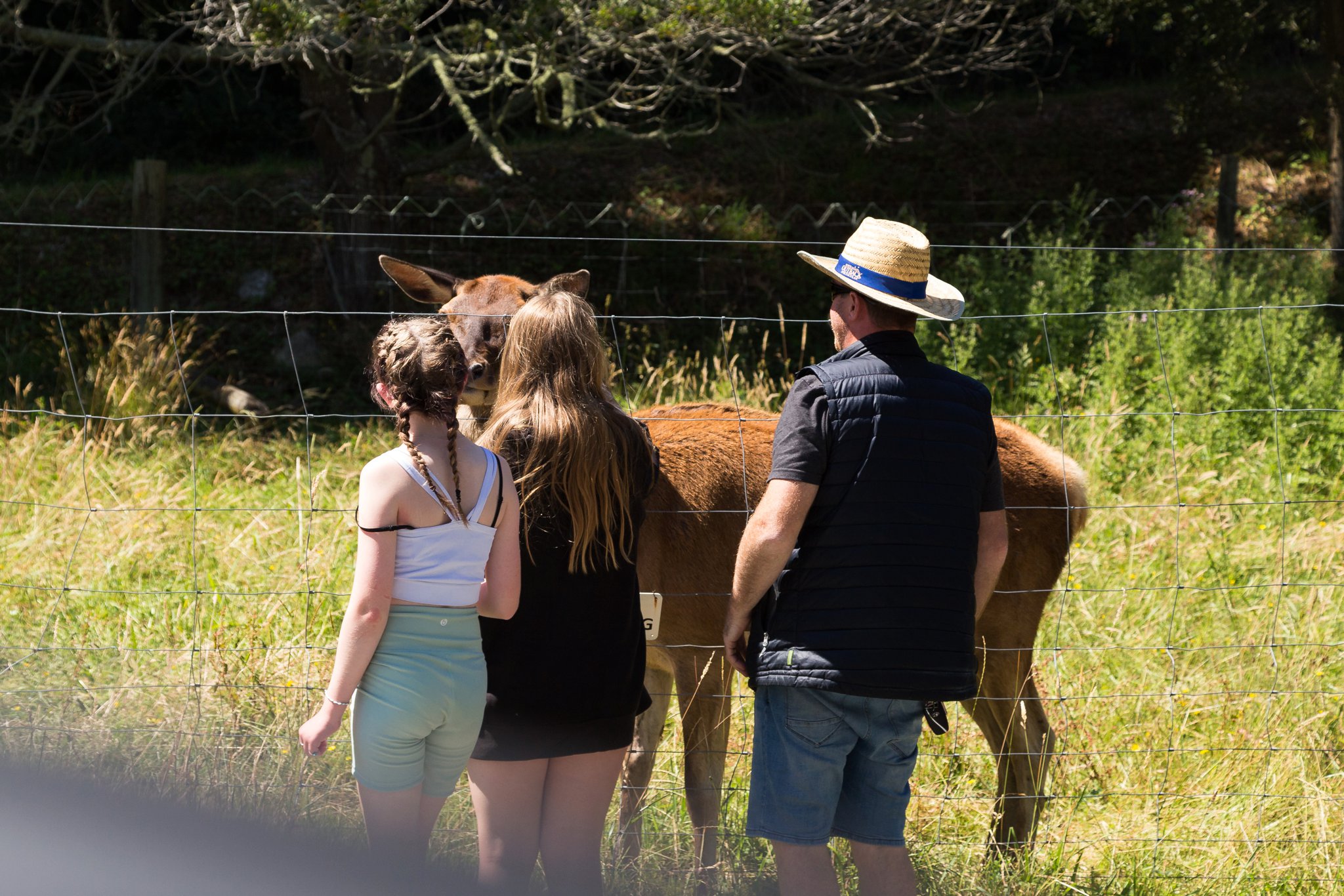