Amped Moto’s – motorbikes for kids in an awesome location

We had heard about kids motorbikes at Amped Moto’s in Papamoa and having three motorbike obsessed daughters who are all living vicariously through James getting his motorbike license it seemed like the perfect spot to splash out and treat ourselves to a fun activity.

Turns out it was pretty reasonable at just $25 per child for what all three girls described as the best thing they have ever done.

With bikes sized for 5 – 12 year olds they are speed controlled so don’t go too fast and have electric motors so are not too noisy or scary for little ears and you don’t have to worry about hot exhausts. 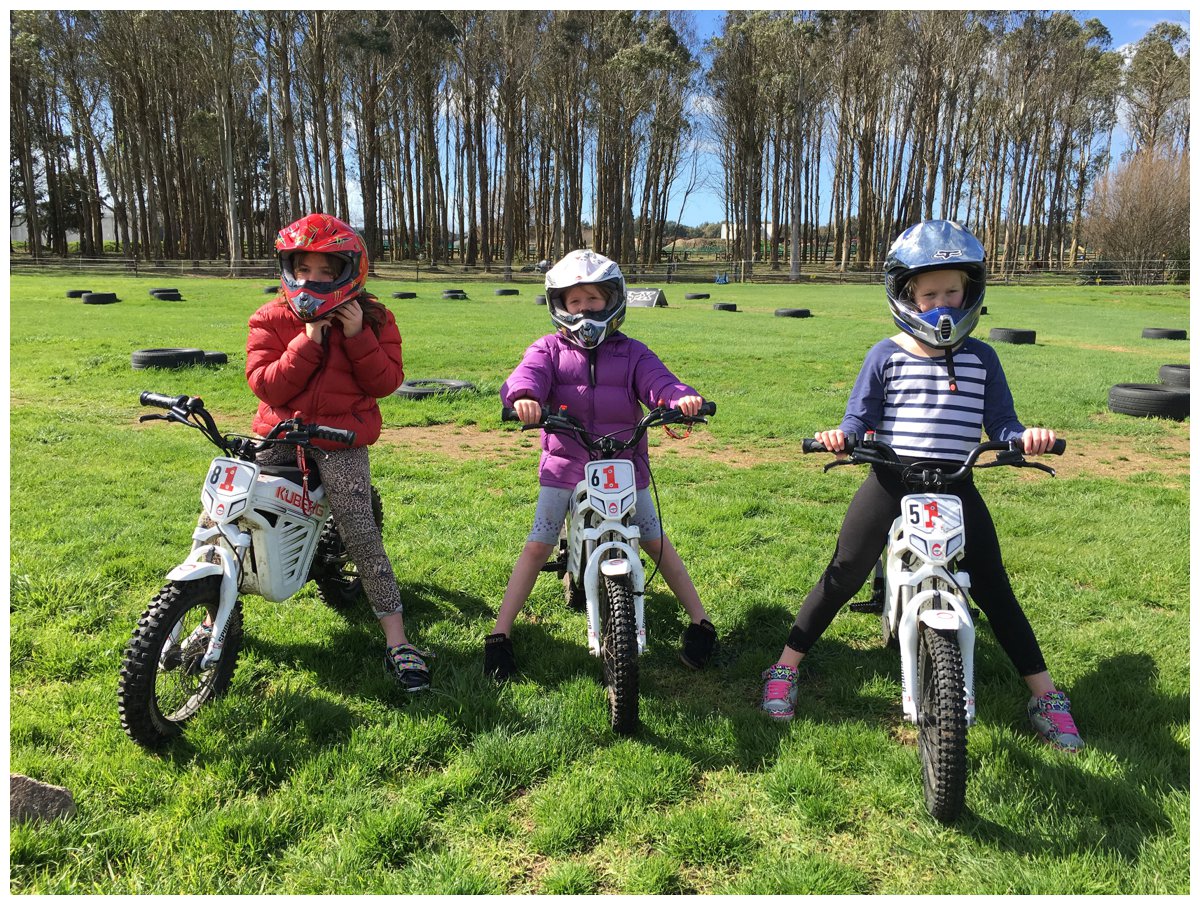 The girls on their motorbikes

Our 8 and 10 year olds were off like a shot after a quick demonstration.  Our 7 year old (the most keen on motorbikes) was a little too eager and didn’t listen and shot off with the kick stand still up which of course made her fall off.  A few tears later she was back on the bike and saying it was the best thing she had ever done.

For the girls they just couldn’t believe they had ridden real motorbikes.  They all asked for photos to be sent to school so that they could prove to their friends that they had really done it.

It’s set in a wide open spot in the country (right next to the blokarts) with views all around and plenty of seats for grownups so it’s not a bad spot for parents to spend a bit of time either. 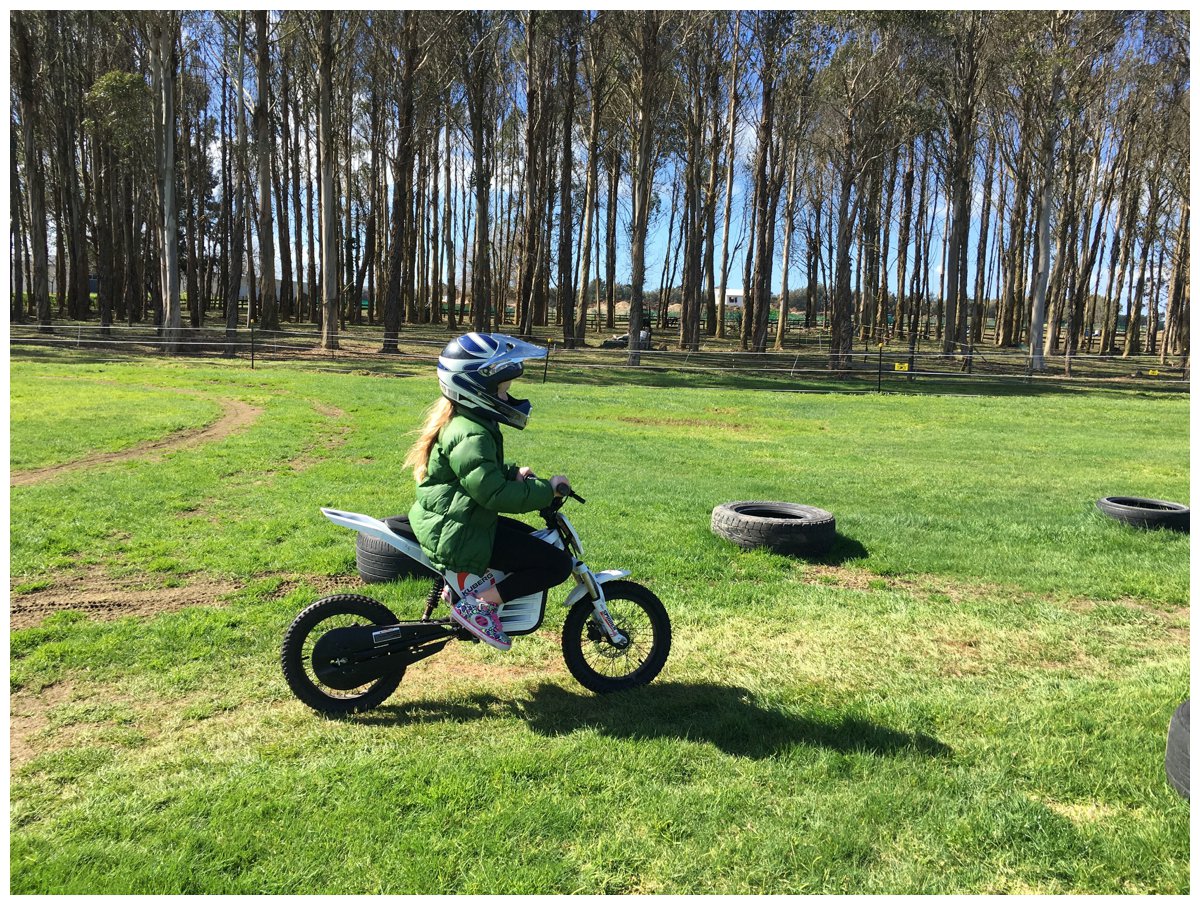 If you have kids who love motorbikes as much as ours do, Amped Moto’s is a must visit.

You can connect with them here.