4 reasons you need to put Invercargill on your list

Invercargill was a bit of an unexpected highlight of our bottom of the South trip.  It’s a little bit of an unsung hero with some amazing gardens, loads of motorbikes, NZ’s first heavy equipment playground and some of the nicest people we’ve met.

Still not sold?  Here’s our 4 reasons you need to put Invercargill on your list…

We explored two parks while we were in Invercargill.

The first was Anderson Park which is on the northern outskirts of Invercargill and just down the road from where we were staying at the Invercargill Top 10 Holiday Park.

We love a good story and they don’t get much better than the one behind Anderson Park.

The 300 acre block was bought by Sir Robert Anderson in 1910.  It started out as a sheep farm, but Anderson and his wife’s passion for horticulture soon saw the beginnings of these magnificent flower gardens. The quite stunning (and now closed due to earthquake risk) homestead was build in 1925. 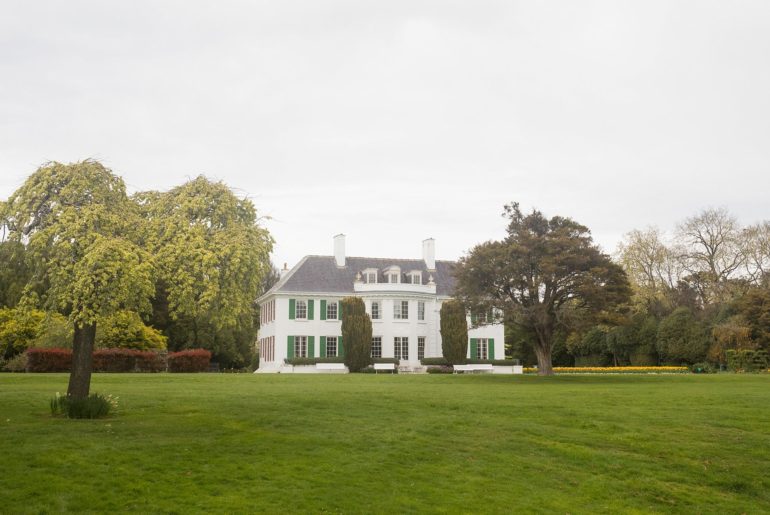 What we particularly love though is that Sir Robert Anderson and his wife gifted the house and grounds, including the block of native bush, to the city for use as a public park.

The condition was that the gardens be maintained to the same level as it was when they died which I reckon is about the best clause I’ve ever heard.  And when I was there at 8am I saw someone tending to the very well maintained gardens so I reckon it worked. We’re astounded as we travel around the country just how many beautiful spots there are that share a similar history of great Kiwi’s like Barry Brickell and Bernie Hollard who sought to share what they had created and gift it back to the people of NZ.

The second is of course Queens Park. And down the tree lined entranceway to the rotunda. 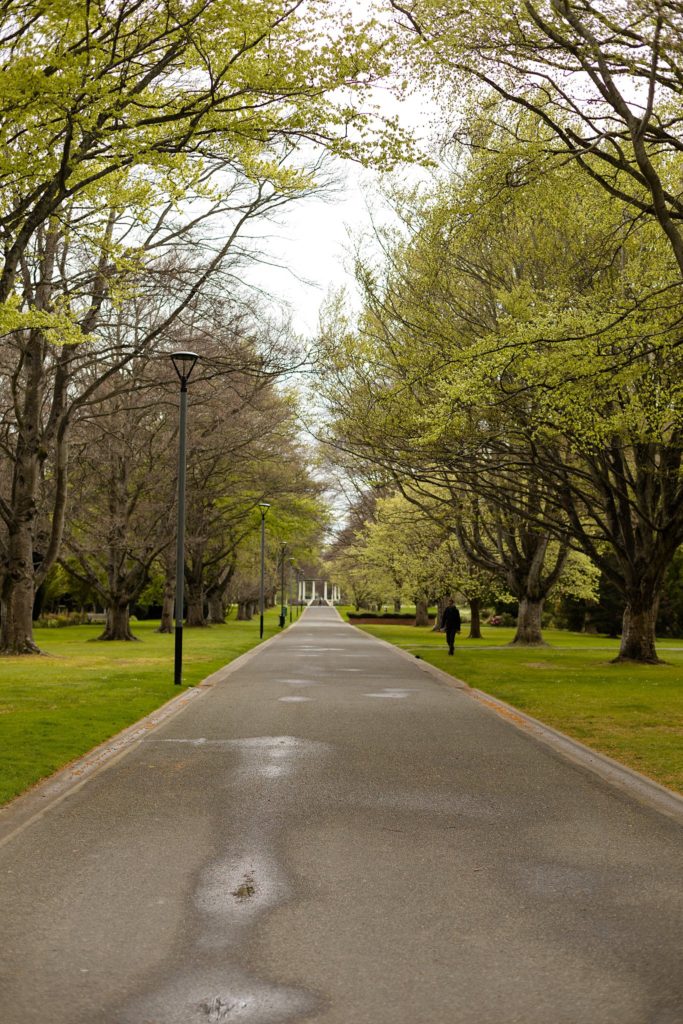 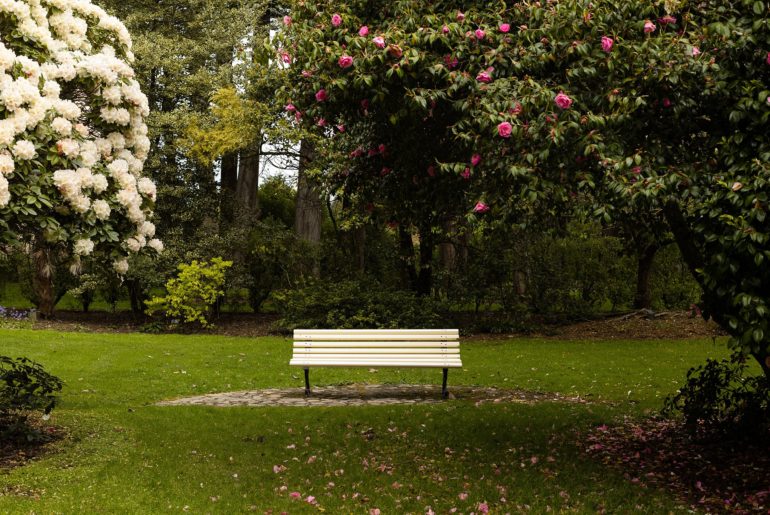 And one of my personal favourites this Peter Pan statue…

Kiki in particular fell in love with this park and went back to grab her camera.  “I’d live here” she said as we walked around.  “I’d turn the rotunda into a house and wander around the gardens all day”. 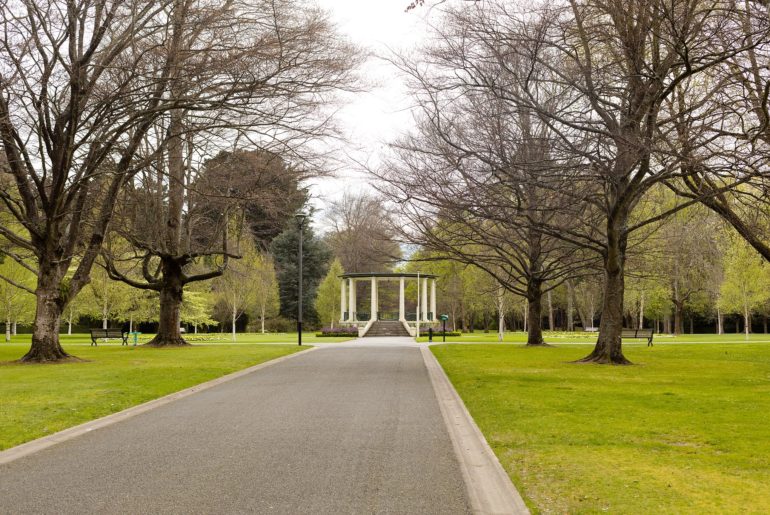 And this was before she discovered the park!  Which according to the other two was “the biggest park ever”.

It even had something for the older, motorcycle mad, ones amongst us. 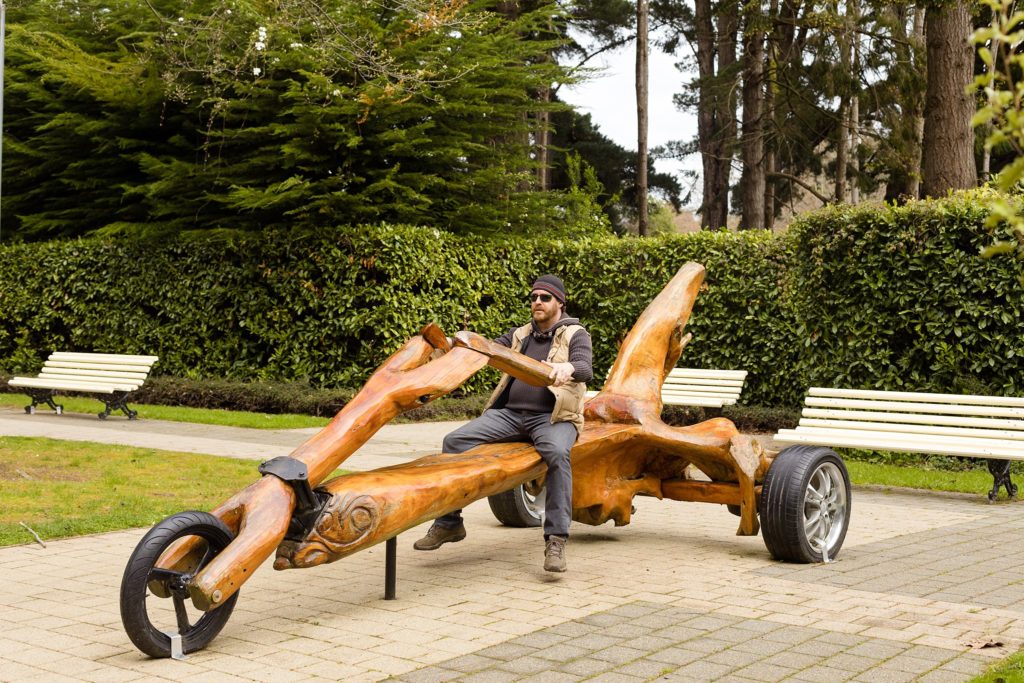 This is definitely a spot you want to save a couple of hours to explore! 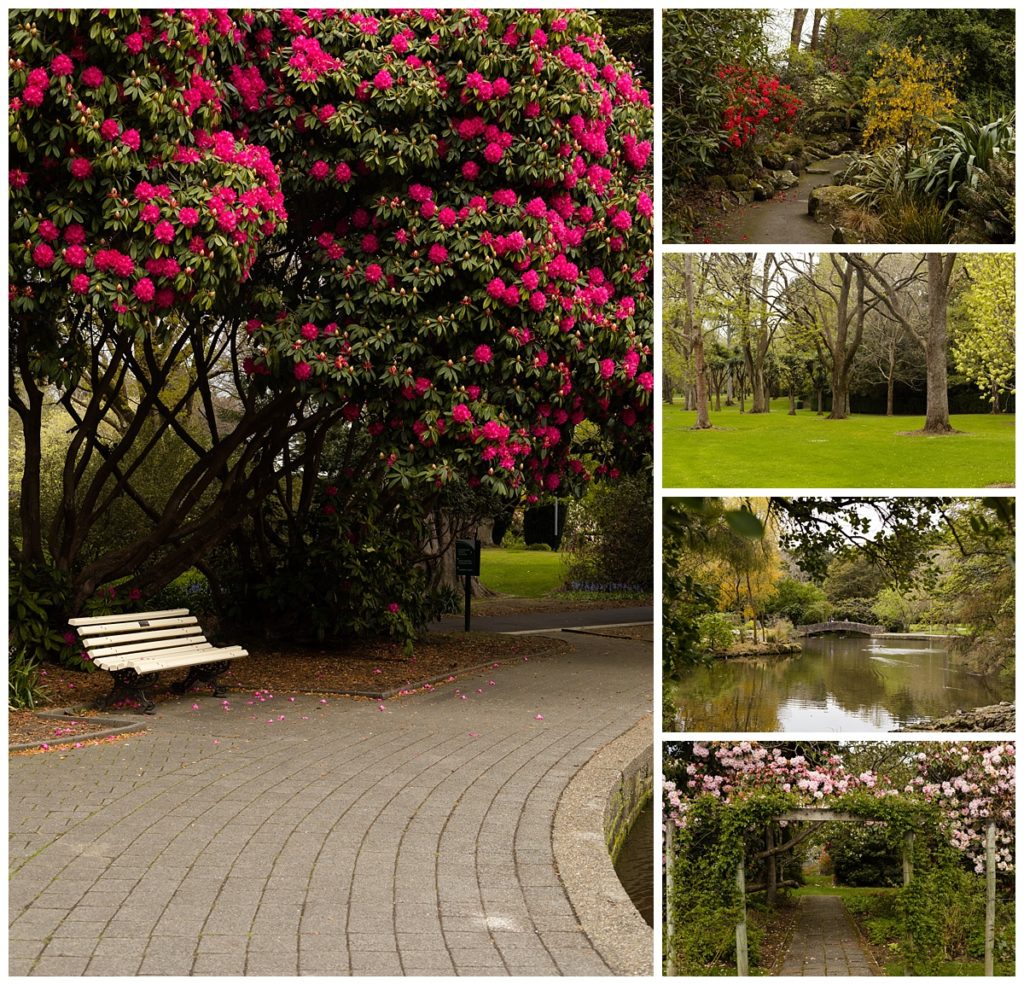 According to James, Invercargill is the Sturgis of NZ.  For those not in the know (definitely me) – Sturgis is a town in America known for it’s a celebration of all things motorcycles. 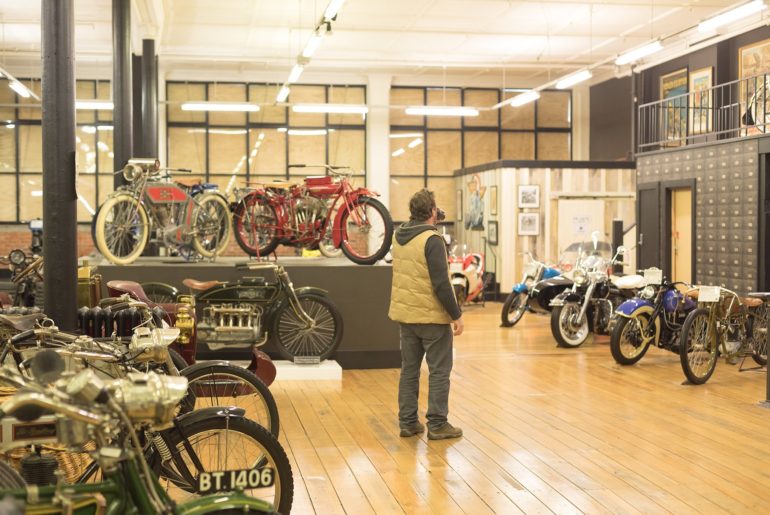 James is far better at telling this story than me and you can read all about it – including our visits to E Hayes and Sons and Classic Motorcycle Mecca over here. 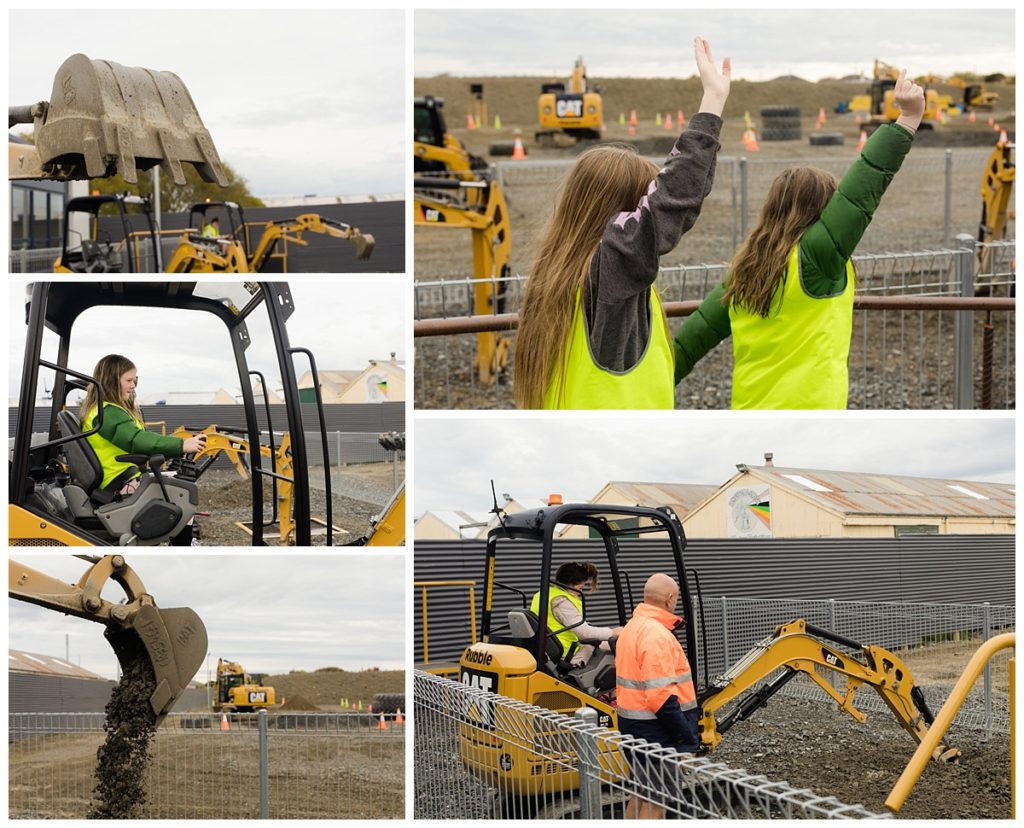 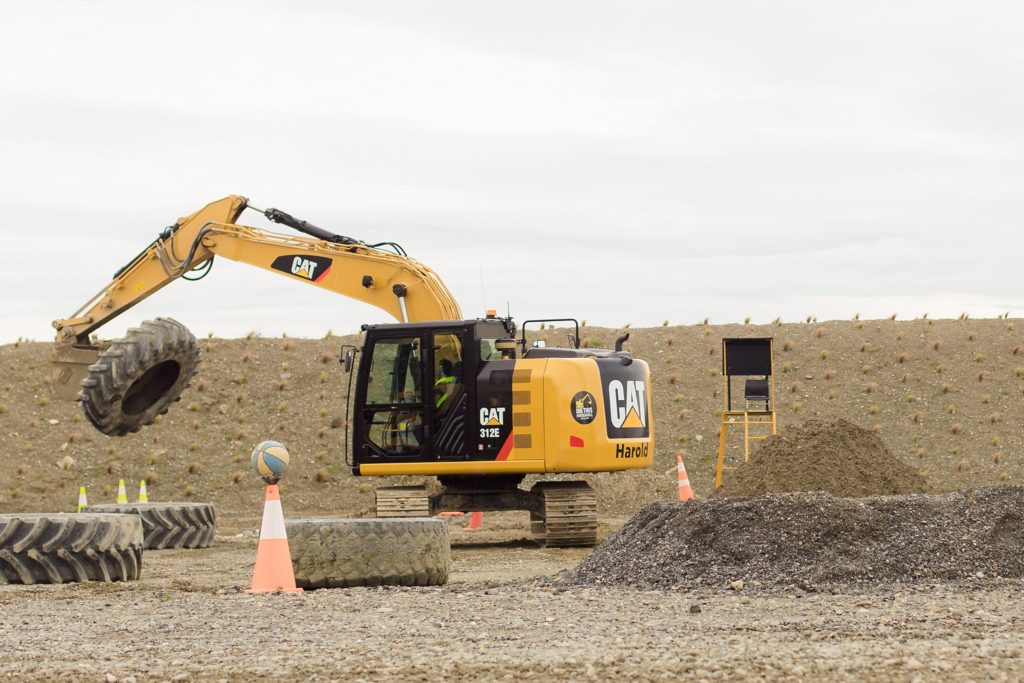 I didn’t realise just what a big deal this was until James said that his visit here was better than the first time he rode a Harley.

Again, it’s a story James tells better than me so jump over here to hear all about our visit to Dig This.

If you have kids (or husbands or wives) that are digger mad it’s definitely well worth visiting. 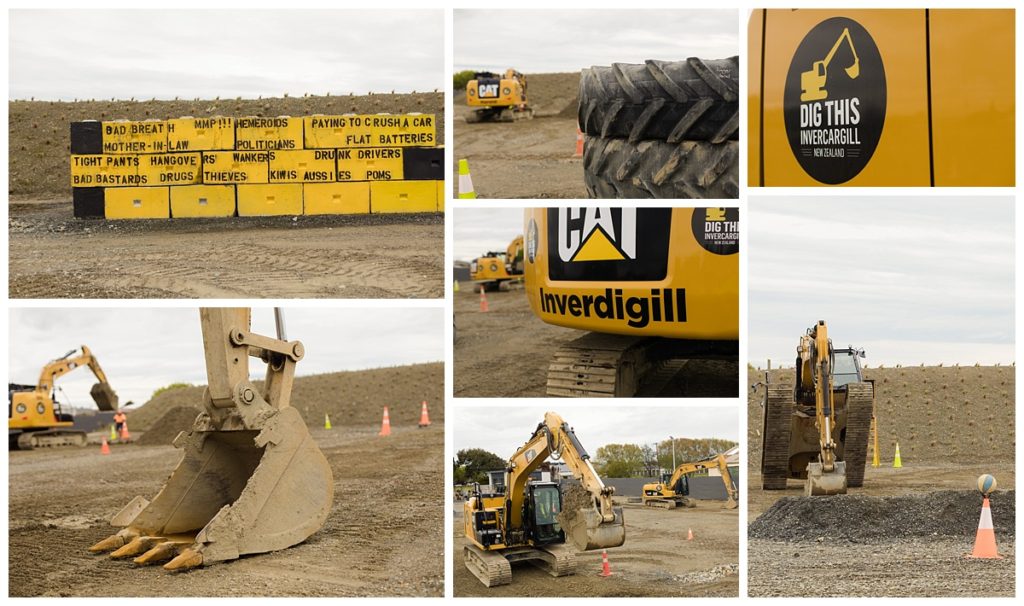 Everywhere we went we were blown away by how lovely the people of Invercargill were.

Starting of course with James mate Dave but everywhere we went everyone was so friendly, down to earth and passionate about Southland. 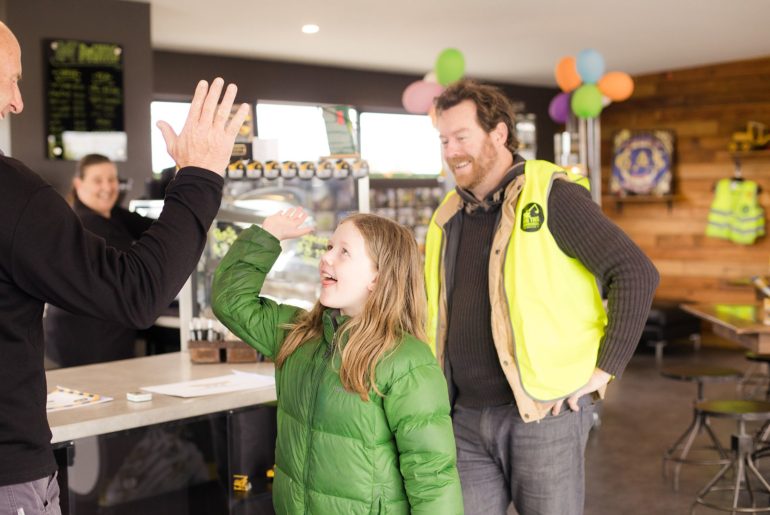 So make sure you put Invercargill on your list of spots to visit.