What if we were to tell you that we found a spot in Auckland where you could be pretty much guaranteed to be the only ones sharing a picnic on a jetty under cover of a big Pohutakawa tree while gazing out over the water to the Harbour Bridge? 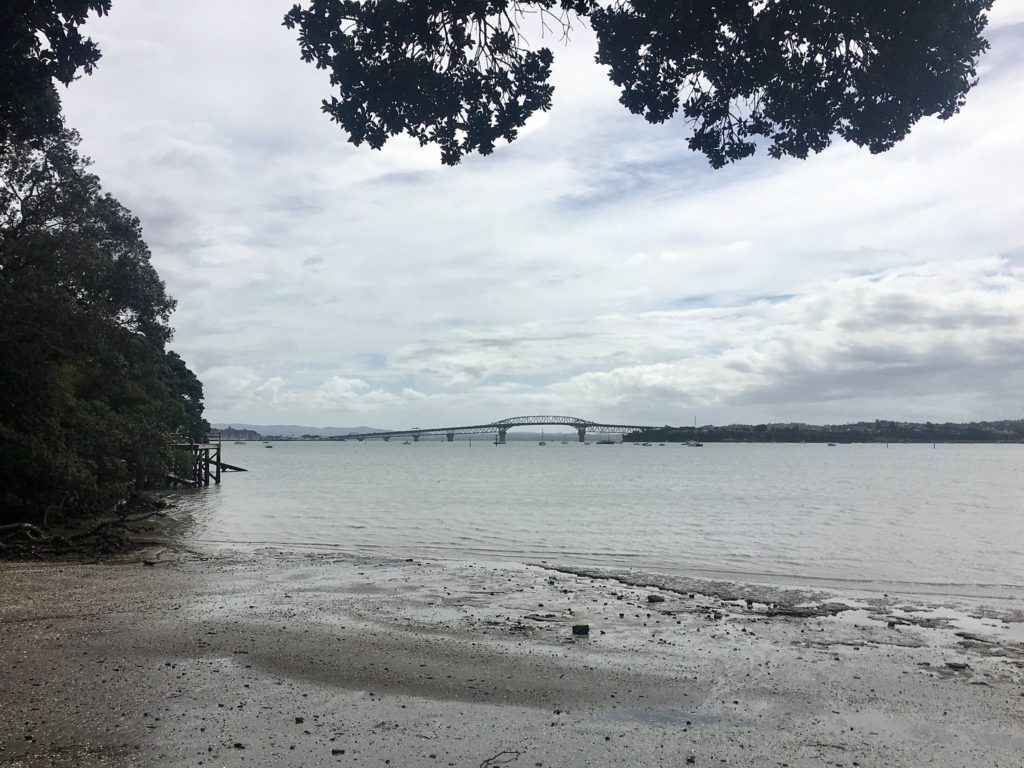 So first you’d ask us where it was.  Then next you, like the locals did last year when Auckland Council bought back the land around the access way to Secret Cove, would tell us not to tell anyone else because it will become over run with people right?

Well no, actually we don’t think it will.

Last March Auckland Council completed a 10 year negotiation, buying back the rights to this 175sq m block of land to allow public access to the very aptly named Secret Cove.

The land had been purchased in the 1930’s by a group of 16 people to protect access to the beach, but then some tricky manoeuvring appears to have gone on and a caveat was put on it by neighbours – stopping access and resulting in a 10 year battle by council to get public access back again.

You probably read all this last year just like I did.  It was everywhere!  All the major outlets reported it, locals were up in arms because they were about to be over run by nosy picnic makers and it became the must do secret location.

You see here’s where it gets interesting…  We should be top of the list of people to explore this spot.  We’re always looking for new adventures and new things to see.  We read about this and what did we do?  Hmmm, nothing.  Well for 9 months anyway.  And then we went exploring.  I typed in Secret Beach, Devonport, Auckland and up it popped.

It was a super hot day and so we expected to find loads of other people there too.  But no, it was just the two of us.  Sitting on a jetty, having a picnic, under cover of a big Pohutakawa tree while gazing out over the water to the Harbour Bridge. 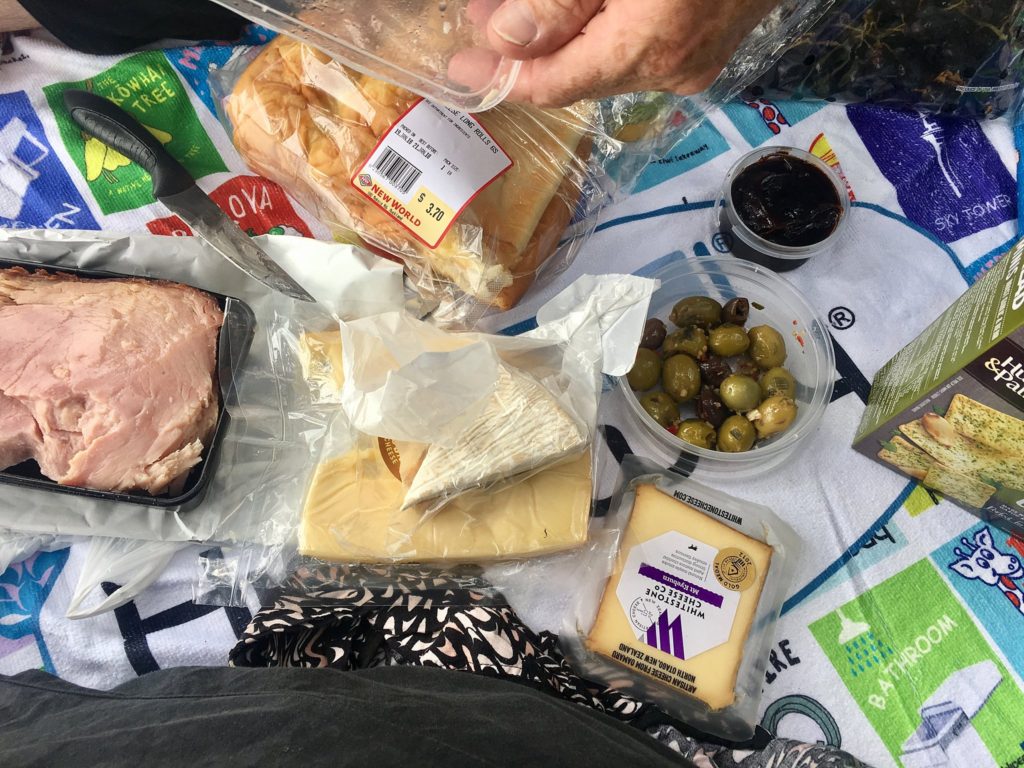 It turns out that Auckland is big enough, that we’re all different enough, all set on our own adventures, at our own times for Auckland to have it’s own secret beach that’s going to say secret and secluded no matter how much we talk about it.

So we’ll share the address of Secret Cove because if coverage on the NZ Herald, The Denizen, Urban List and Stuff can’t make this spot over run with tourists then we surely can’t either.

You can find it down a very unassuming path, nestled in between two houses at 60a Stanley Point Road (GPS will find it fine).  Despite council promises to put up signs there are still none and I hope it stays that way – there has to be some fun and challenge in the finding of such a spot. 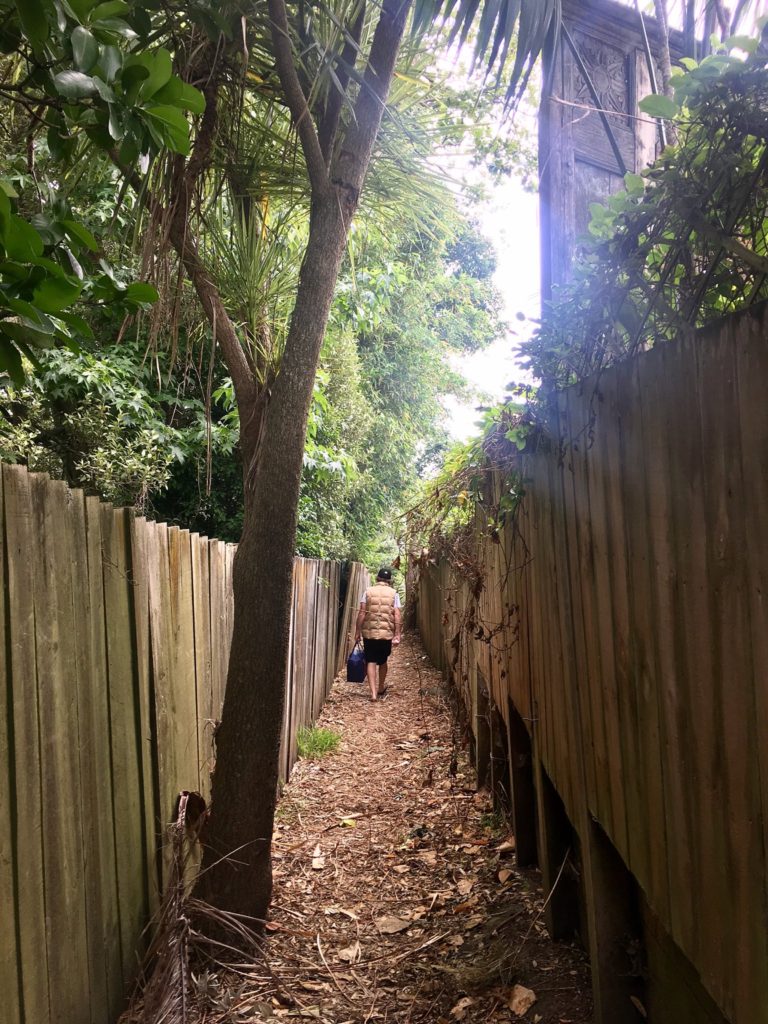 You’ll wind your way down uneven steep stairways and then hopefully come out at a secluded and very secret cove. 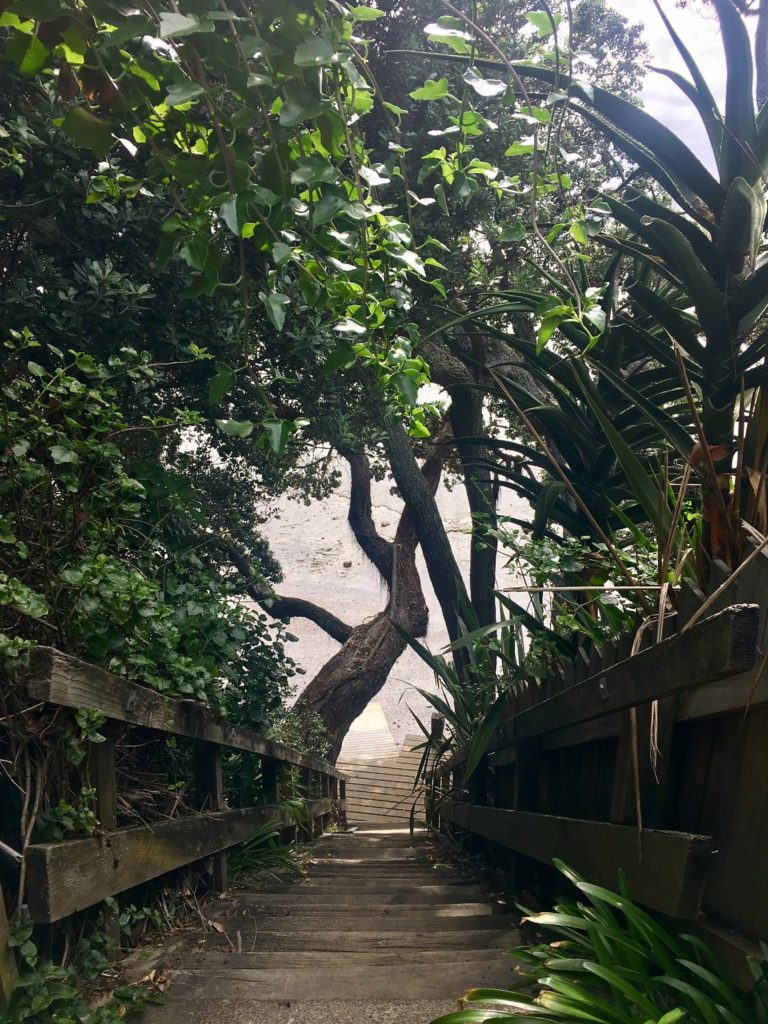 Like all special spots you find on your travels treat it with care and respect and if you do arrive on a day with more than just you then rejoice in the fact that we can come together to find something worth sharing.